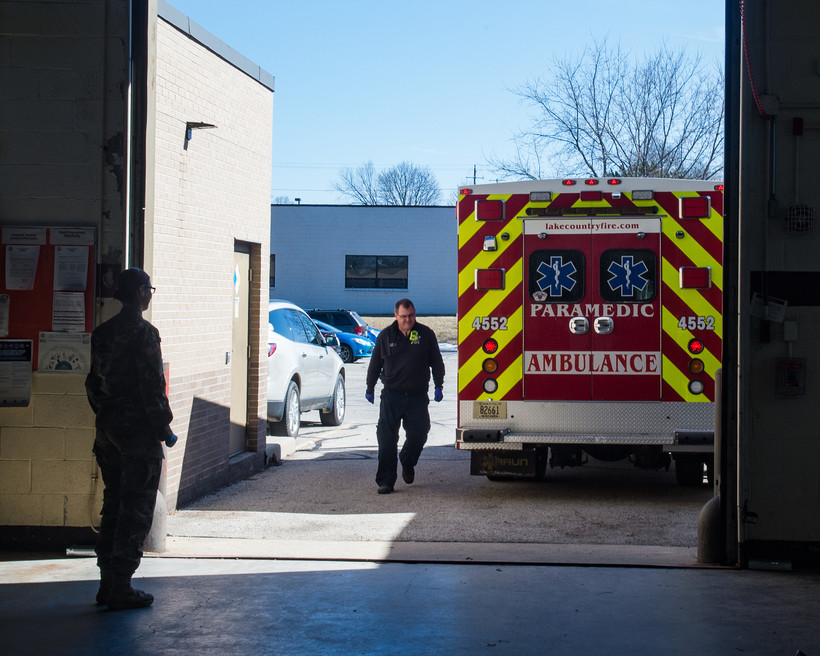 Speaking at a Wisconsin EMS Association town hall meeting on Thursday, U.S. Sen. Tammy Baldwin, D-Madison, said she is working with a group of Democratic senators on legislation that would boost mental health services in the COVID-19 relief legislation that’s being debated in Congress.

"In addition to my reliance on input from constituents who are seeing issues of depression, anxiety and (post-traumatic stress disorder) rise at alarming rates during the pandemic, we also relied on a lot of national experts to try to identify what can be done now to supplement the mental health work force and to deal with the fact that many people are dealing with these struggles in isolation," Baldwin told the gathering of EMS workers from around the state.

Congress is in the midst of a contentious debate about next steps in responding to the pandemic and its economic impact. House Democrats in May passed a bill that would provide $3 trillion in new relief, but the Republican-controlled Senate has not taken that bill up, and Senators and the White House are in negotiations about what their bill will look like.

For that reason, Baldwin cast doubt on the likelihood that the mental health package would become law in the short term.

"I wish this were bipartisan, but we're just not getting the interest (from Republicans)," she said.

The pandemic has affected the mental health of millions of Americans, but EMS workers face some particular challenges as frontline workers subject to a range of stresses. Marc Cohen, the executive director of the Wisconsin EMS Association, which hosted the town hall via video conference, said the stress of the job and its long hours are among the factors that affect EMS providers’ mental health.

"It is one of the toughest jobs," Cohen said. "Our people are committing suicide. It's reached a crisis, compounded with COVID-19. We need help."

A May 2018 report from the Substance Abuse and Mental Health Services Administration cited numerous studies that show EMS providers and paramedics are "more likely than the general population to think about and attempt suicide."

The need for mental health services was just one part of the discussion. In Wisconsin, many first-responder services are staffed mostly or entirely by volunteers, including more than 90 percent of the state's fire departments. Cohen said the fact that EMS is not designated an essential service by municipalities means the services often rely on volunteers and, especially in rural areas, are perpetually stretched thin.

Most proposals to encourage EMS involvement are small nudges rather than large-scale changes. Baldwin has proposed legislation that would expand federal housing aid to those who serve as first responders in rural communities. A bill in the Wisconsin state Legislature would provide tax credits for volunteers.

At Thursday's town hall, Baldwin also addressed her priorities for protecting workers as the pandemic continues. She said the Occupational Safety and Health Administration "has failed to do its job" and that voluntary federal guidelines for worker safety issued by the Centers for Disease Control are not sufficient.

OSHA "should have, months ago, issued an emergency temporary standard (for worker safety) that's enforceable and not voluntary," Baldwin said. Making guidance voluntary, she said, "has left a lot of workers without the protections they need."

Baldwin is a sponsor of the COVID-19 Every Worker Protection Act, which would require OSHA to set workplace safety standards to limit the spread of infectious disease during the pandemic.