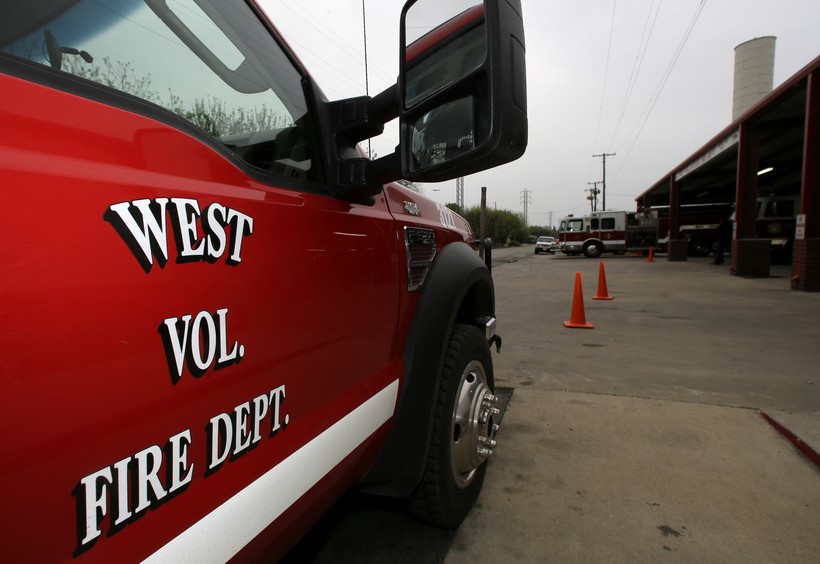 In Rural Areas, Shortage Of Responders Can Be Dangerous
By Rob Mentzer
Share:

A new bill would give a boost to volunteer firefighters and emergency responders across Wisconsin. It's aimed at addressing a shortage that could leave Wisconsinites without services.

More than 90 percent of Wisconsin's fire departments are staffed mostly or entirely by volunteers, according to the U.S. Fire Administration. But as rural populations decline, that can leave some departments dangerously shorthanded.

The problem is even more acute for emergency medical personnel, said Marc Cohen, executive director of the Wisconsin EMS Association.

"When you dial 911 anywhere in the country, you expect that someone is coming to save grandma or save your child or save your husband or wife," Cohen said. "And that's not always the case."

In some rural parts of the state, Cohen said, communities can't always guarantee what is called a "legal crew" — that is, two emergency medical technicians plus a driver, all ready to go when an emergency call comes in.

It’s a consequence of relying on volunteers, Cohen said.

"You'd be hard-pressed to find a volunteer law enforcement, or a volunteer trash collector," he said.

State Sen. Patrick Testin, R-Stevens Point, is one of the authors of a new bill that would offer tax credits to volunteer firefighters and emergency services personnel. The legislators unveiled the proposal, called the BRAVE Act, on May 21 in Madison.

Testin noted that the average age of the state's volunteer firefighters is increasing — from 50 years old in 2006 to 60 today. And the jobs demand serious time and effort.

"These are men and women who give up time with their families to be on-call 24/7," Testin said. "We’ve heard stories where they’ve had to leave Thanksgiving dinner or gift exchanges on Christmas to go out and and answer calls."

The bill would give volunteer firefighters and those providing emergency medical services a $300 tax credit in their first five years, and $600 per year for those who've volunteered for five years or more. Two additional tax credits would add as much as $900 toward the cost of training and equipment.

Testin said the just-introduced bill has been met with bipartisan support.

Even if passed into law, its $1,500 in tax credits won’t fix the structural problems that are putting strains on rural responders, Cohen and Testin both said. Testin called it an incentive, and Cohen said he sees it as a small step toward his organization's larger goals, which include a boost in Medicaid reimbursement rates for emergency medical services and classification as an essential service for Wisconsin municipalities.

Short that, though, Cohen said the tax credits should encourage people to get involved or stay involved in volunteer service.

"This state is run by volunteers, who give of their time freely and without compensation to save a life," he said.