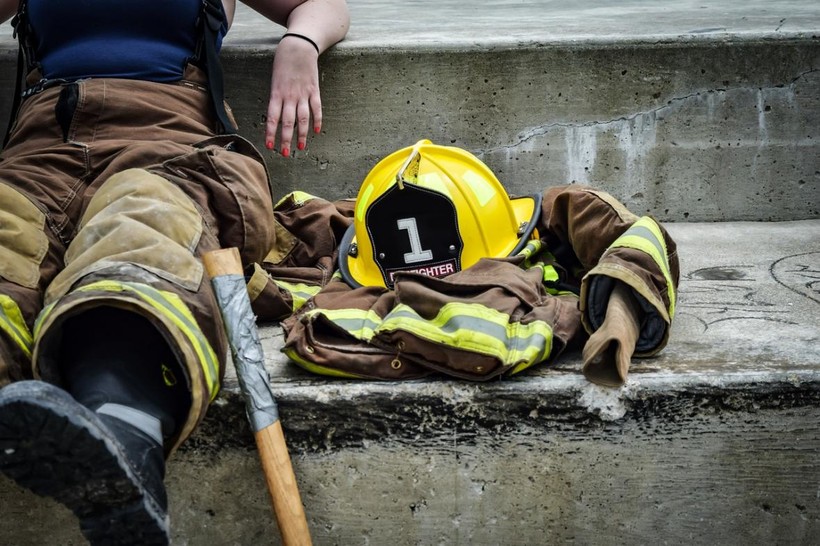 Volunteer Firefighters Would Get Housing Help Under Baldwin Bill

Baldwin is one of the sponsors of the Volunteer First Responder Housing Act, which would expand federal housing aid to those who serve as first responders in their communities. She said she’s heard from people in Wisconsin communities that they're having trouble staffing for emergency responses, and especially in attracting younger volunteers.

One way to help counter that trend, she said, "is helping young volunteers be able to afford housing in the communities they want to serve."

Nationally, about 65 percent of all firefighters are volunteers, according to 2017 data in a report from the National Fire Protection Association. But Wisconsin's share of volunteer firefighters is much higher than that. According to the U.S. Fire Administration, more than 90 percent of Wisconsin's fire departments are staffed mostly or entirely by volunteers. Many of these departments are in rural areas where stretched budgets in the local government would make maintaining a professional force difficult or impossible.

But relying on volunteers also means that as rural populations age and decline, it has become increasingly difficult to find people willing to serve as first responders in these communities.

Baldwin's bill would build on a program of the U.S. Department of Agriculture that aids low and moderate-income families in rural areas with loan guarantees. For example, under the USDA program, a household of four people in Lincoln County would be eligible at a maximum income of $54,700. Baldwin's bill would boost that ceiling by $18,000 per year for volunteer first responders.

It would also make another federal program from the Department of Housing and Urban Development that offers discounted home prices to police, teachers and firefighters open to volunteer firefighters and EMTs, as well.

The bipartisan bill was introduced by two Democratic senators and three Republicans. Baldwin says senators from all over the country are seeing the same trends.

"We are all hearing about this challenge," she said. "It's not a Wisconsin-specific or a Midwest-specific issue and challenge."

Other sponsors on the bill are Republican U.S. Sens. Mike Rounds of South Dakota, Shelley Moore Capito of West Virginia, and Pat Roberts of Kansas; along with Democratic Sen. Jon Tester of Montana.

At the state level, a bill championed by state Sen. Patrick Testin, R-Stevens Point, would offer tax credits of up to $1,500 for some volunteer firefighters and EMTs across the state. That bill exists to address the same problem of shortages of rural first responders. It hasn't yet had a vote in the state Senate.