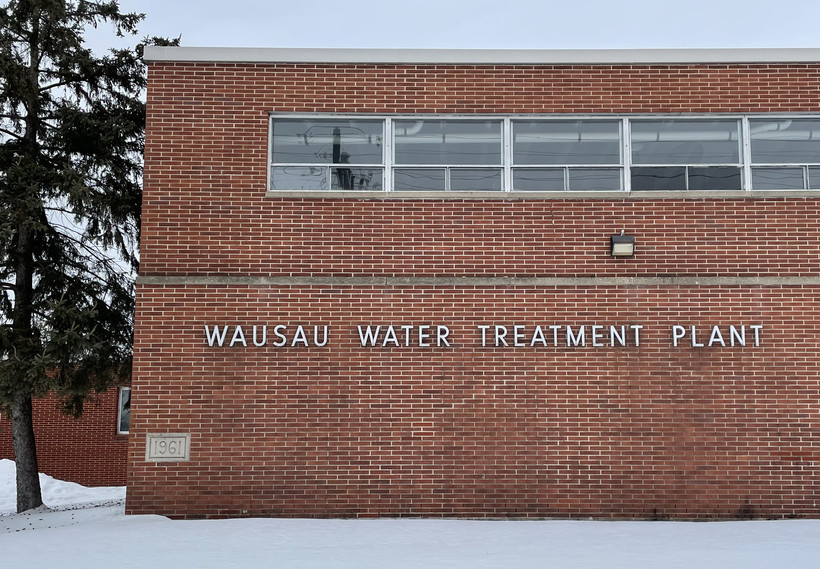 State officials are recommending Wausau residents reduce their exposure to potentially harmful chemicals by limiting or filtering city water after all city wells were found to have elevated PFAS levels. Rob Mentzer/WPR

Wausau residents will have new options for safe drinking water after the City Council voted to fund distribution of water filters and bottled water to residents.

The vote comes just over a month after the city discovered that all of its city wells contained the harmful "forever chemicals" known as PFAS at rates above recommendations from the state's Department of Health Services.

Wausau is one of dozens of communities to find elevated levels of the chemicals, scientifically known as perfluoroalkyl and polyfluoroalkyl substances, which are found in some household and industrial products. Over time, the chemicals can build up in the body and lead to problems such as infertility in women and testicular cancer in men.

Wausau is in the process of building a new water treatment plant that city officials said will remove PFAS from city water. Officials said that plant is expected to come online in August or September, but it wasn't designed with PFAS treatment in mind, and the city is still working on designs that will give it that capability.

In the meantime, the city will spend up to $150,000 on bottled water and home water filters that will be made available to residents as a partial short-term fix.

For low-income individuals, free bottled water is already being distributed locally by nonprofit agencies. The city has yet to release details on how it will distribute the filters.

Wausau hasn't disclosed the potential source of its PFAS contamination.

The effects of PFAS exposure are cumulative, and the amount that constitutes an unsafe standard is contested. DHS recommends people take steps to reduce their exposure to water with PFAS at more than 20 parts per trillion, and Wausau took action last month after testing found that all city water sources exceeded that amount. At that time, officials with the state Department of Natural Resources also recommended a standard of 20 parts per trillion.

But late last month, the state's Natural Resources Board, or NRB, rejected that recommendation and voted to weaken state standards, adopting the federal standard of 70 parts per trillion rather than the lower levels already in place in some other states.

At that meeting, NRB member Terry Hilgenber mocked DHS and what he called the "People's Republic of Madison" for various health restrictions — including COVID-19 precautions and PFAS regulation. Fred Prehn, another NRB member and former chair who is a Wausau dentist has refused to leave his position on the board even though his term expired in May, said Wausau's actions had incited "hysteria" among residents.

There was little evidence in Wausau for that claim. At a meeting this month of a Wausau City Council committee, Council Member Lisa Rasmussen said her constituents were mostly looking ahead to Wausau's new water treatment facility.

"I think I've had one or two people out of my neighborhood who have really wanted an alternative source in the interim," Rasmussen said.

At the same time though, she said the city is facing what she called a "a crisis of confidence in our utility," which the plan to distribute water and water filters is meant to address.

In a statement, Wausau Mayor Katie Rosenberg said the city will continue to work toward the goal of providing water at less than 20 parts per trillion of PFAS "as quickly as possible."

The next step for Wausau will be to ensure that its new water treatment plant can remove the chemicals from its water. At a Wausau City Council meeting, Eric Lindemann , public works director, said the city is pioneering a new approach.

"There are no PFAS-removal drinking water treatment systems in Wisconsin. There are none. And so right now, Wausau is at the forefront of this," Lindemann said.

The city will fund a pilot study to determine how best to treat its water for PFAS at the new plant.

In her statement, Rosenberg said Wausau's "long-term goal is to provide drinking water with no detectable levels of PFAS."