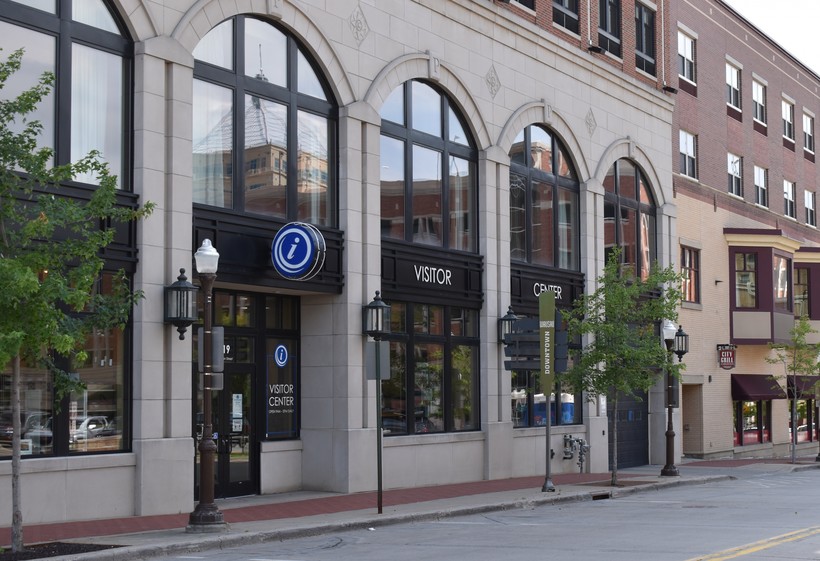 The director of the Wausau/Central Wisconsin Convention and Visitors Bureau accepted room tax payments for his organization that were intended for several local municipalities. It's caused one village to withdraw from its contract with the organization, and Wausau leaders say they may be next. Rob Mentzer/WPR

A conflict over room tax collections in Wausau has put the future of the region's Convention and Visitors Bureau into question.

At issue are payments of just over $35,000 in room taxes from the travel website Expedia. A new law required Expedia to collect these taxes beginning in January, and the amount was to have gone to Wausau and several neighboring central Wisconsin communities. But instead of distributing the payments directly to those municipalities, Expedia paid them to the Wausau/Central Wisconsin Convention and Visitors Bureau.

A sheriff's investigation found no evidence of criminal action by Visitors Bureau Executive Director Richard Barrett. But city leaders in several central Wisconsin communities say Barrett never should have taken the payments — and that after he did, he failed to notify them that he had accepted money that belonged to the cities until after he was called out by Wausau officials.

The conflict comes as travel restrictions and health warnings about the spread of COVID-19 have caused room tax collections to plummet in central Wisconsin and statewide. And it raises questions about how tourism promotion will look in the region in the future when the pandemic subsides.

Wausau City Council member Lisa Rasmussen said the city's finance director discovered the discrepancy in May and reached out to Barrett.

"Had the finance director not discovered this, would we know even now that this money was there?" Rasmussen said. "I can't answer that yes or no, but it certainly gave me pause."

The issue led to a contentious dispute between Rasmussen and Barrett at a city meeting. The following week, leaders in nearby Rothschild voted to withdraw from that city’s contract with the Visitors Bureau as a result of the matter. Rasmussen said Wausau is gathering information about its next steps, but it's considering withdrawing as well.

She's not the only city leader calling for a change.

"I feel trust is broken between Wausau and the executive director of the CVB," said Wausau Mayor Katie Rosenberg. "I don't think that relationship can move forward."

Barrett did not respond to requests for comment from WPR.

At a July 16 meeting of Wausau's Room Tax Commission, Rasmussen asked Barrett pointedly why he hadn't told the city that he'd accepted tens of thousands in room tax funding that belonged to Wausau.

"The same question goes to you,” Barrett responded in the meeting. "Why didn't you contact me?"

Rasmussen told WPR that after the city noticed the missing funds, Barrett still did not initially give the city the full amount of Wausau room taxes Expedia had given him. The full payment didn't come, she said, until shortly before the Room Tax Commission's meeting.

"They collected the money without permission, sat on it for a month, didn't say anything until the finance director called demanding payment, and then showed up for (the meeting with Wausau officials) with only part of the money," Rasmussen said. "What are we supposed to think?"

The Marathon County Sheriff's Department investigated the matter but closed its investigation without recommending charges. The Sheriff's Department's report finds "a lack of communication and coordination" between Barrett and city leaders in Wausau and other central Wisconsin municipalities.

The conflict comes as most of Wisconsin's summer events and gatherings have been canceled out of public health concerns. In fact, room tax revenues were so low in March and April, when the state was under a stay-at-home order, that Wausau leaders said they didn't know whether collections would exceed the roughly $430,000 that the city is allowed by law to keep in its own budget. Under its contact, Wausau provides 37.5 percent of room taxes above that amount to the Visitors Bureau. Other local organizations that promote or foster tourism also receive funding from the tax. 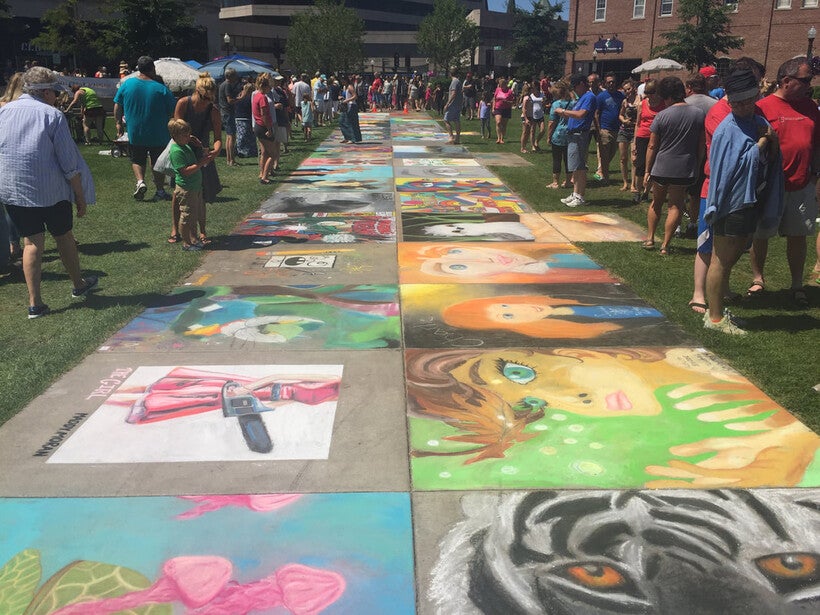 Wausau's Chalkfest, normally held in July, is one of the events that typically draws tens of thousands to the city that was canceled in 2020 due to COVID-19 concerns. Photo courtesy of Wausau Events

Room taxes are worth millions in Wisconsin, and before the pandemic had been on the rise. According to a recent report by the Wisconsin Policy Forum, in 2017 Wisconsin municipalities collected nearly $112 million from the tax, which is paid by visitors to hotels and inns.

A drop-off in summer travel due to COVID-19 is a serious challenge for many Wisconsin communities where tourism is the major industry. But even areas like Wausau that have a more diversified economy still rely on the economic boost that normally comes from popular events. In Wausau, for example, a July Balloon and Rib Fest draws tens of thousands of visitors in a weekend. That event — as well as sports tournaments, cultural festivals and most concerts — was canceled this summer.

State law requires that most room tax funds go toward promoting tourism. Many cities contract with a local visitors bureau for these services, but it's not the only option. Some cities have their own tourism directors; in other places, a local chamber of commerce handles tourism promotions.

Rosenberg said the COVID-19 slowdown and the conflict with the Visitors Bureau could be an opportunity for Wausau to redefine its own approach to tourism in the long term.

"You're seeing a lot of challenges from COVID-19," Rosenberg said, "and it's really creating opportunities for us to rethink what we're doing across the board."