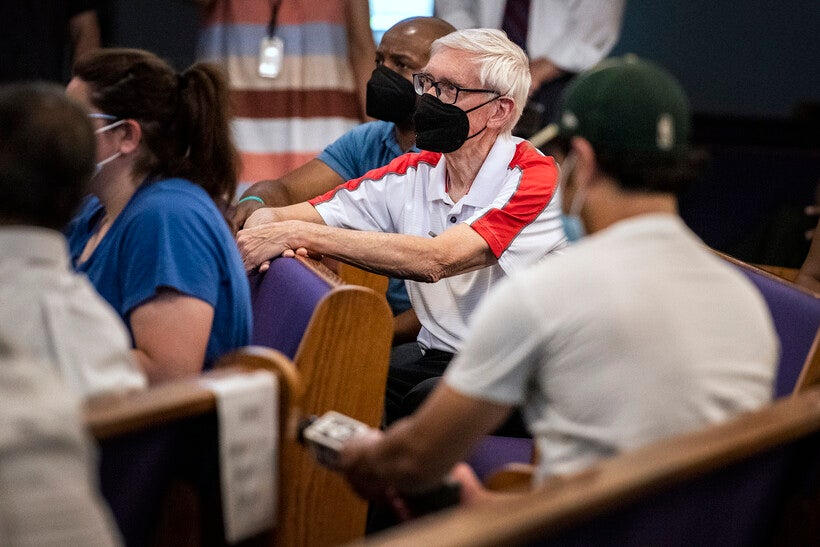 Joined by mayor, governor meets with North Side residents
By Deneen Smith
Share:

With Milwaukee on pace to see a record number of homicides for the third year running, community groups have been working to combat gun violence. Gov. Tony Evers took a walk through one North Side neighborhood Wednesday morning, looking to hear directly from residents and community leaders.

The governor began his walk at a New Hope Missionary Baptist Church in the Garden Homes neighborhood. He was joined by Milwaukee Mayor Cavalier Johnson, and leaders of community groups working to improve the lives of local residents.

Trailed by media, the group walked through the neighborhood, pausing in a park where Stephen Hopkins of the violence prevention group 414 Life told Gov. Evers there have been several homicides.

Hopkins told the mayor he believes investment in mental health programs and access to job training is a critical factor in improving safety. 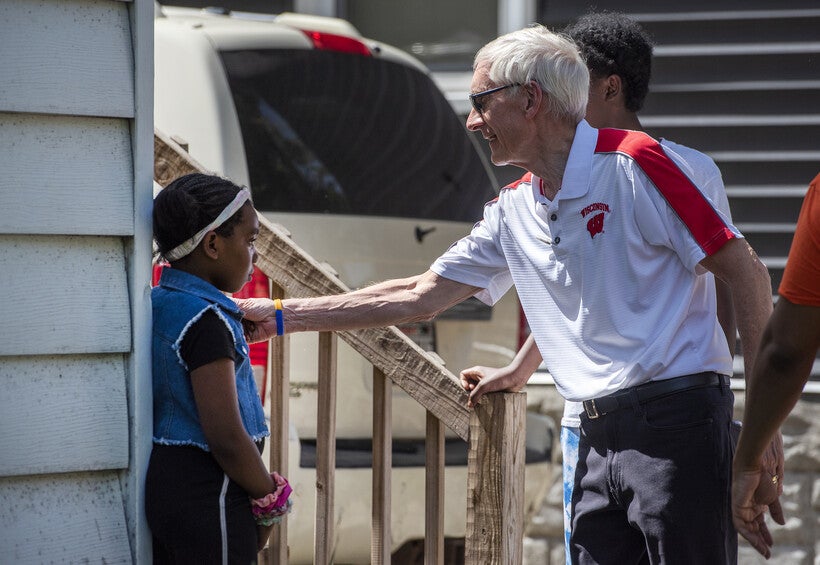 Tammy Taylor was sitting on her porch across the street with four of her nine children. Evers and Johnson stopped to speak with them. Taylor told the governor about problems in the neighborhood, but about good things, too, telling him about a recent bike giveaway at the park.

"There are problems, but I feel safe here," she said.

"The neighbors are great. For me that hasn't changed; in fact, it's improved," Bova said. "But we do have some challenges in the areas of the abandonment of homes as well as concerns for safety in the area. There’s been some shootings in this park, somebody was actually killed in this park. One block down, there were three homicides on one block. But I feel safe. A lot of it is perception."

The Evers administration has invested $100 million in community safety and violence prevention initiatives. That includes $45 million for violence intervention efforts and support for crime victims, $1 million for summer youth programs and job training, and $2.2 million to help the Milwaukee Police Department take immediate steps to address crime and violence.

During their walk, Evers and Johnson stopped at a storefront church and mission run by Martha Freeman, known as "Mama Freeman" in the neighborhood. Freeman told the governor she is focused on helping the community by helping people who may be involved in crime see their own worth.

"You have to tell yourself, 'Yes, I will be somebody.' And when you arrive at that, you can sell that to someone else," she told Evers. "The core of it is to realize they are human beings even though they might be doing crazy things." 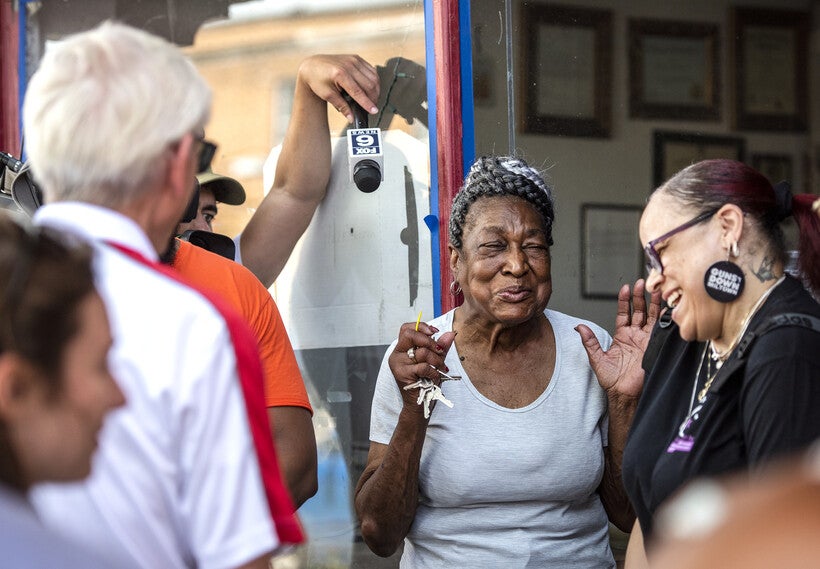 Evers said one of his goals as governor has been to offer second chances to people who have improved their lives after making past mistakes. He talked to her about the 500 pardons he has given while in office.

"It is about redemption, second chances," he told her. "There's good in everybody."

After their walk, Johnson spoke about the need to address gun legislation. He brought up his own brother, a felon charged this year with a shooting. He said under existing law, people can legally give guns to people who are not allowed by law to purchase or possess them.

Johnson and Evers both said they believe there needs to be movement in what they call common-sense gun legislation.