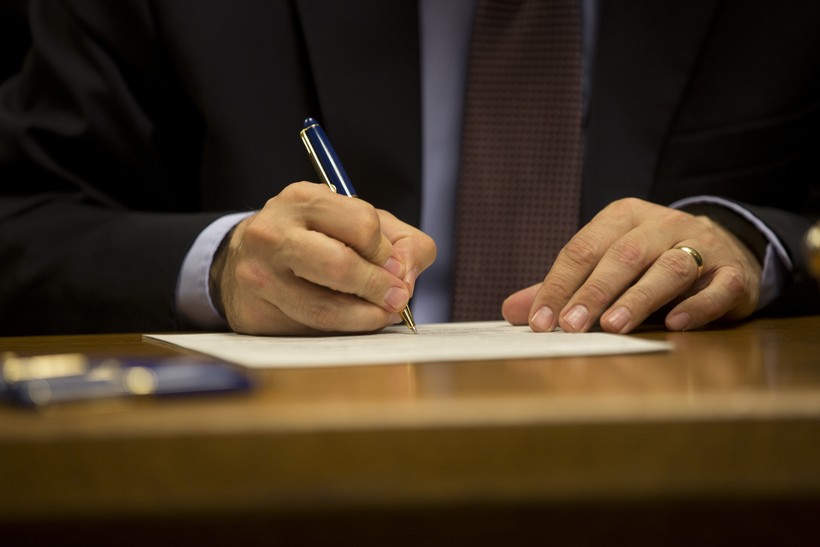 In A Tour Across The State, Governor Signs 9 Welfare Bills
By Rich Kremer and The Associated Press
Share:

Gov. Scott Walker has signed nine bills into law that limit the state's welfare programs, including increasing the work requirement for food stamp recipients and imposing it on parents for the first time.

The Legislature passed the bills in February with Democrats united against them. Walker championed the new laws he signed Tuesday as the latest examples of Wisconsin leading the nation in changing the state welfare system to put more people back to work.

Walker says the new laws will provide needed training and assistance to help people re-enter the workforce and be independent.

"It's making sure that we can be sure people are free of addiction. We know that's an increasing problem in the state," Walker said following a stop Tuesday in River Falls. "And unlike other states that have done drug testing before or screening like what we're doing, we actually put money into rehabilitation to make sure that for the small number of people on any form of assistance, even if it's housing, who fail to pass a drug test, we want to get them into rehabilitation."

One of the bills signed into law Tuesday implements drug testing for people who want to live in public housing. The bills would also increase from 20 to 30 hours a week the time that able-bodied adults, and now parents of school-aged children, have to be working or in job training to receive food stamps.

Walker said there aren't enough people in the workforce and one of the biggest barriers is people failing or resisting a drug test.

"Our goal is if somebody does have an addiction, we want to get them healthy and back up again," Walker said.

Democrats and other opponents say the laws will make it more difficult for poor people to get food and rise out of poverty.

"While Gov. Walker spends millions of taxpayer dollars making it harder for working families to put food on the table, Wisconsin communities continue to struggle with crumbling roads, education cuts and stagnant wages," Shilling said in a statement. "Once again, Republicans are sticking it to working families, seniors and people with disabilities in order to fund massive tax giveaways to wealthy special interests and out-of-state corporations. Rather than creating barriers and driving more Wisconsin families into poverty, Democrats want to expand economic opportunities, grow our middle class and support strong communities."