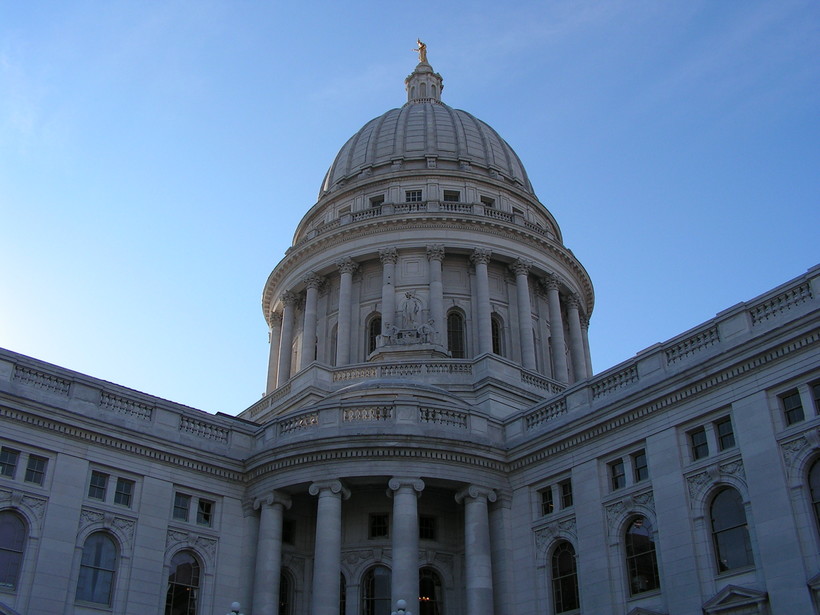 The 10 bills, which were announced by Walker as a "special session" agenda earlier this month, would do things like increase work requirements for food stamp recipients and implement drug testing for people who want to live in public housing.

A number of advocacy groups have registered their opposition to the bills, arguing they would harm low-income people by increasing barriers to support programs.

"Some legislators and the governor seem to be asking families like mine to pick ourselves up by the bootstraps," said Bianca Shaw, a Milwaukee resident who has received public benefits, at a Capitol press conference Wednesday. "Well, I’ve picked myself up by the bootstraps time and time again, and I’ll tell you making the decision to break a generational cycle of poverty and work myself off benefits is not as easy a task as you seem to think it is."

"If you’re going to train people, it should be for careers that are rewarding," Shaw said. "I feel the (employment training) program fails us by not looking at what it takes to raise the entire family."

"It cycles people in and out of temporary jobs, and really puts a primary goal of getting people job after job after job, instead of talking about training people, about providing real solutions," she said.

The plan increases a requirement that food stamp recipients work or participate in job training from 20 to 30 hours a week. It also expands the requirements to parents, who had previously been exempt.

Walker and GOP state lawmakers have argued the changes will promote accountability, encourage personal responsibility, prevent fraud, and get more residents into the workforce.

According to state statistics, about 25,000 people have gotten jobs through the FoodShare Employment Training (FSET) program. About 70,000 food stamp recipients have enrolled.

Another proposal in the package would expand eligibility requirements for child care, food stamps, and worker training programs.

Under the plan, individuals who have a home worth more than 200 percent of the statewide median home value — or $334,000, according to U.S. Census data — would be ineligible for the programs.

"We don't think someone driving a brand new Cadillac or a brand new Lexus should be on government assistance or in a million dollar mansion," said Sen. Chris Kapenga, R-Delafield, one of the bills’ sponsors. "We've all heard stories."

Families with a vehicle or vehicles with a combined value of more than $20,000 would also be ineligible for the programs.

Americans for Prosperity, a conservative advocacy group, has lauded the package of bills as one that will promote "honest hard work" while it "cracks down on waste."

A number of Democrats pushed back on the proposals during Wednesday’s public hearing, citing concerns about their consequences for low-income individuals and their cost to the state.

Sen. Kathleen Vinehout, D-Alma, expressed concern that requiring drug testing for public housing residents would become an "unfunded mandate" for local governments. She also expressed frustration that lawmakers haven't received information about how much the changes would cost the state to implement.

"None of these bills have a fiscal estimate," Vinehout said. "We would like to see them."

The bills have yet to receive a vote in an Assembly or Senate committee. They are expected to come before the full Legislature before lawmakers complete the legislative session this spring.