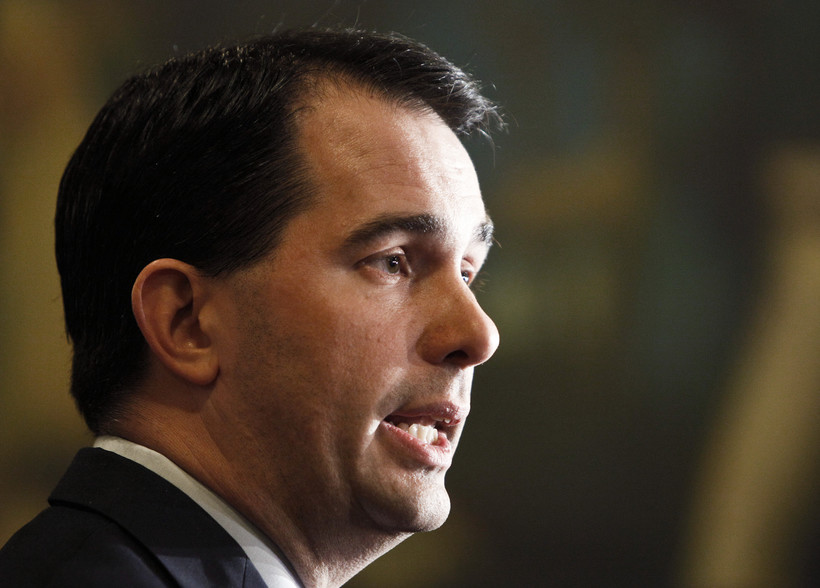 Gov. Scott Walker will veto one of Assembly Republicans’ top budget priorities when he signs the state budget Thursday.

The governor announced 99 changes to the budget Wednesday, including the elimination of an increase in revenue limits for low-spending school districts.

In his veto message, Walker said he will cut the measure because it could have allowed schools to raise property taxes without voter input.

"In several school districts that would be eligible to raise taxes under these sections, referenda to exceed revenue limits already failed within the past two years," Walker wrote. "An increase in revenue authority from the state in these districts would circumvent purposeful, local actions."

"I am severely disappointed in Gov. Walker’s decision to reject an opportunity to correct a long-term inequity in our K-12 funding system," Nygren said in a prepared statement. "The veto will continue this funding imbalance and have lasting impacts on the quality of education available to some of our children."

Nygren co-chairs the state budget committee and had been a strong proponent of the revenue limit increase throughout the budget process.

The state Department of Public Instruction asked Walker on Tuesday to fully or partially veto 12 budget items. According to DPI, Walker only honored one of those requests, a virtual charter school funding study, but left some of the most controversial pieces of legislation in the budget.

In the budget fixed to be signed Thursday, the home district where a student with a disability lives could have to pay more money for a student attending school in another district, according to DPI spokesman Tom McCarthy, a change that will have a largely negative impact on school districts, he continued.

"Not vetoing that section will have a lasting impact on how those particular students, students with disabilities, are educated by districts, and it was a huge missed opportunity that I’m fairly certain the Legislature and governor will come to regret," McCarthy said.

The governor’s vetoes also include preserving the Working Families Tax Credit, which lawmakers eliminated in the budget. Republican lawmakers argued the credit was rarely utilized. It costs the state about $200,000 annually, according to the governor’s office.

He wrote that the cut puts per diems more in line with payments for other state commissions.

The governor also vetoed a $5 million cap for historic rehabilitation projects, lowering it to $500,000 per land parcel.

"The $5 million per parcel limitation does little to curtail the fiscal effects of this program, which has swelled to cause an annual tax revenue loss exceeding $60 million, making it one of this state’s most expensive economic development incentives," he wrote.

Previously announced vetoes that were part of budget negotiations between the governor and three state senators were also included in the veto message, as expected.

Those vetoes include an immediate repeal of the prevailing wage for state-funded construction projects, cutting a $2.5 million study on tolling in Wisconsin, and a measure that limits when school districts can put referendums on ballots.

The governor is scheduled to sign the $76 billion budget Thursday afternoon at an elementary school in Neenah.

Editor's Note: This story was updated at 5:52 p.m. Wednesday, Sept. 20, 2017, to include comments from the state Department of Public Instruction. WPR reporter Marylee Williams contributed to this report.