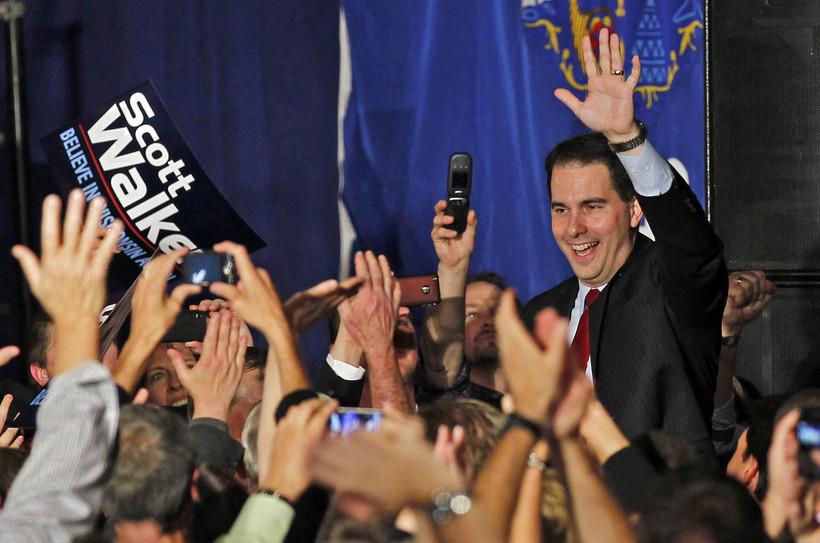 Gov. Scott Walker waves to supporters at his Nov, 2, 2010 victory party in Pewaukee. Walker was one of 11 Republicans that year who won governorships previously held by Democrats. Out of that group, he is the only one seeking a third term. Jeffrey Phelps/AP Photo

Out Of 11 Republican Governors Who Flipped States In 2010, Walker Is Only One Seeking A 3rd Term
By Shawn Johnson
Share:

In the 2010 midterm elections, Republicans captured 11 governor's offices previously held by Democrats, shifting state governments around the country significantly to the right.

As the crowd at his 2010 Pewaukee victory rally broke out in chants of "Go, Scott, go!" Walker told them state government was about to change.

"Tonight, I want to tell every worker, every family and every business big or small in this state that you have an ally in the governor's office," Walker said. "Wisconsin is open for business."

But most of the class of 2010 has moved on. Some, like Brownback, took jobs in the Trump administration. Most, like Kasich and Snyder, are term-limited.

Walker is now the only governor from that group who's running for a third term.

The circumstances for Walker's 2018 campaign against Democratic challenger Tony Evers couldn't be much different. Walker faces headwinds nationally that he has avoided in his previous runs for office.

"This is the first year Walker has faced re-election, or any election, with his own party controlling the White House," said Marquette University pollster Charles Franklin. "Those are things that almost always work against the president's party."

Democratic ads in this race have hammered home Walker's tenure in office. Eight years, they say, is long enough.

Some of the ads produced by a Democratic group called Stronger Wisconsin have reminded people of Walker's brief run for president in 2015.

"So who do you think will really help our kids," asks the narrator in one of the ads. "The politician who put his ambition ahead of our schools? Or the teacher who's dedicated his life to making them better?" 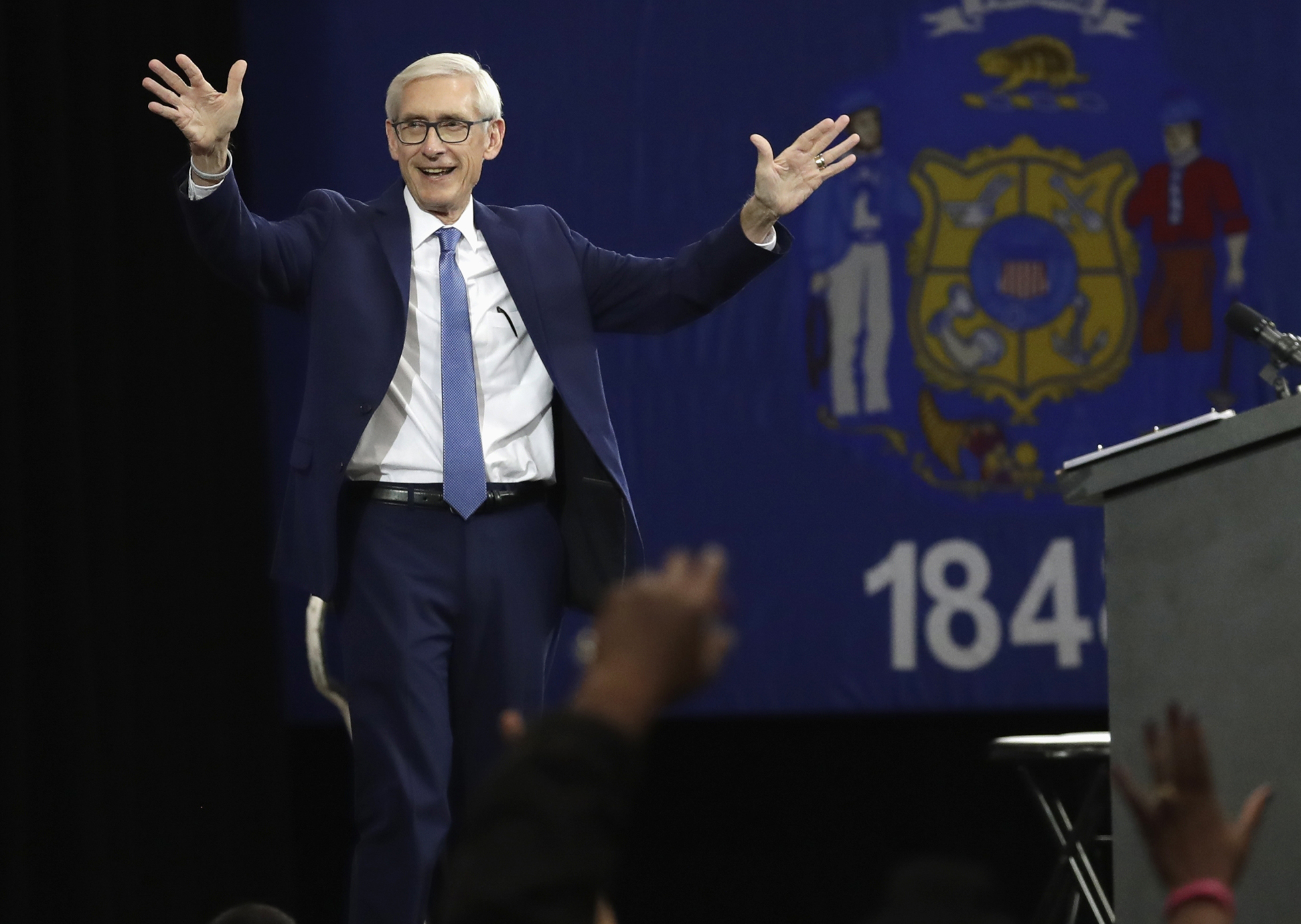 Those ads have emphasized Evers' early career as a science teacher, though Evers has had his share of political experience, winning three terms as state superintendent of public instruction.

Evers has emphasized education in this campaign, criticizing Walker's 2011 school funding cuts and promising to spend more on schools if elected.

Walker has also talked about his eight years in office, but he frames it as a warning.

'"You remember back eight years ago? This state was suffering. It was a mess. We had double-digit tax increases. Billion dollar budget deficits and record job loss," Walker said during the first gubernatorial debate.

Wisconsin's unions also had significantly more power eight years ago before Walker took office and signed a law that dramatically diminished their power to influence elections.

The close race this year between Walker and Evers has pushed both candidates into unfamiliar territory.

After saying earlier in the race that he was open to raising taxes, Evers has been promoting a substantial new income tax cut.

And with polls showing the Affordable Care Act's protections for pre-existing conditions as extremely popular, Walker has promised to safeguard them in state law.

"So enough with the scare tactics," Walker said in a TV ad he cut to promote his position. "In Wisconsin, pre-existing conditions are covered. And as long as I'm governor, they always will be."

That ad caught former President Barack Obama's attention when he visited Milwaukee to campaign for Evers. Obama noted Walker was making the claim at the same time he was authorizing Wisconsin's participation in a lawsuit that seeks to overturn the ACA.

President Donald Trump has also gotten involved in Walker's race, and despite his relatively poor approval rating with independent voters, Wisconsin Republicans have welcomed him.

Trump and Walker appeared together at a Mosinee rally last month where Trump praised Walker for helping bring Foxconn to Wisconsin, and called the governor a great friend.

"Scott fights every day for you, and now we need you to fight for him," Trump said. "And all you have to do is go out and vote."

Walker's attempt at a rare third term in office has not gone unnoticed, and it's not coming easy.