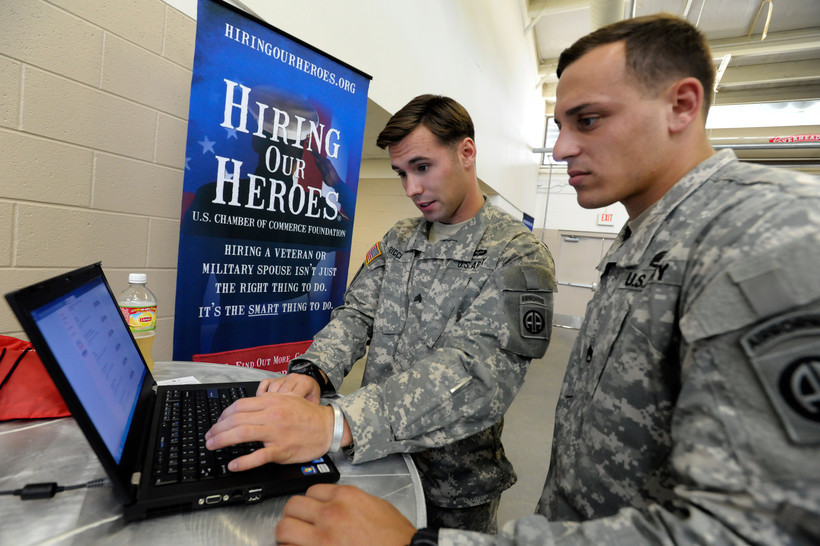 Gov. Scott Walker is launching a national campaign to attract military veterans and their families to Wisconsin.

The $1.9 million effort is part of a $6.8 million marketing drive aimed at attracting talent to Wisconsin.

The push comes as Foxconn Technology Group is building a flat-screen manufacturing facility in the village of Mount Pleasant that could create as many as 13,000 jobs.

State Department of Veteran Affairs Secretary Dan Zimmerman said delegations made up of department officials will be visiting military bases around the country in order to connect military personnel with Wisconsin businesses hoping to hire veterans.

Zimmerman said engaging veteran spouses will be key since it's often easier for new veterans to find jobs than it is for their loved ones.

The state marketing campaign is partnering with an organization called Hiring Our Heroes, which is part of the U.S. Chamber of Commerce Foundation. Wisconsin is the first state to partner with the group.

Wisconsin's unemployment rate for veterans is estimated to be around 1 percent, which is why it's important for the state to go abroad to entice workers to settle in the Badger state, said state Department of Workforce Development Secretary Ray Allen.

"And veterans are probably the best population of individuals to recruit in the state because they bring an excellent skill set with them," said Allen. "They’re ready for the jobs that are available for them."

Other aspects of the recruitment campaign include paid social media posts that will target military service members transitioning to civilian life, expanding services for available to veterans in Wisconsin to military members around the country and veteran specific marketing materials in Wisconsin Welcome Centers.