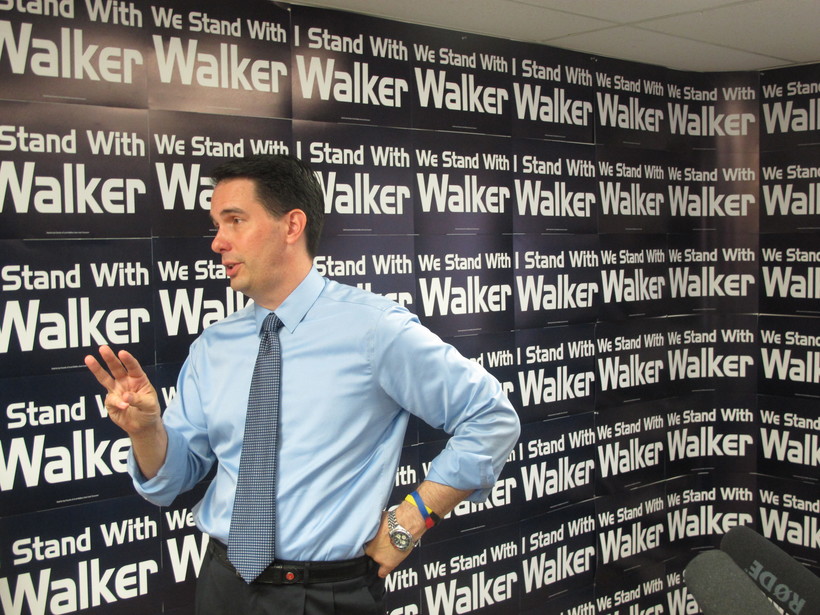 Walker: 'I Shifted' From Campaign Promise Of 250K Jobs

Gov. Scott Walker is brushing off a Milwaukee newspaper article claiming Wisconsin is about 60,000 jobs short of his 2010 promise to create 250,000 private-sector jobs in four years.

Walker told the Rotary Club of Milwaukee on Tuesday that he's adjusted that pledge, saying he's focusing on getting more people trained for the workforce.

"I qualify that now saying ... I got more people employed than ever before," Walker said. "You ask people on the street who are hiring, it's not how many jobs are created, it's how many people are there to fill them. And so, I've shifted from that, and said my number one issue is workforce. I need to find those people."

Walker said he could create more jobs and fill thousands of vacancies listed on a state job's website through his proposed state budget that would help provide education and skill development to more potential workers.

Economists quoted in the Milwaukee Journal Sentinel article on Sunday said Wisconsin suffers a "brain drain" of college graduates to other states, and that Wisconsin needs to focus on improving the pay of current jobs.