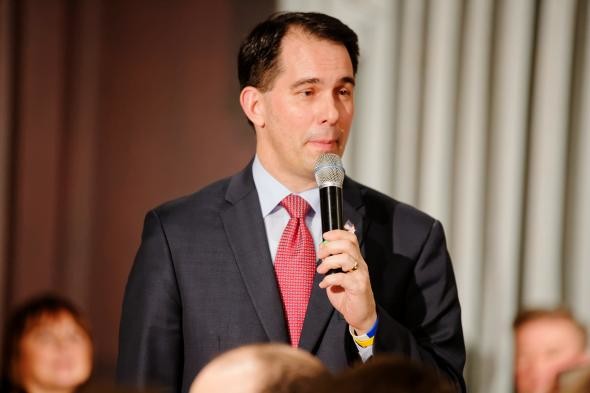 Walker: Firearms Not The Problem In This Week's High-Profile Shootings

4 Dead Near Wausau, 1 In Milwaukee
By Chuck Quirmbach
Share:

Gov. Scott Walker said guns were not the issue in this week's high-profile shootings in Milwaukee and near Wausau.

Four people, including a police officer, were killed Wednesday just outside Wausau. Law enforcement have said it was a domestic incident. In Milwaukee, a city housing inspector died Wednesday afternoon, during what police say was an attempted carjacking.

"I think the problem in both those cases isn't about the firearm. It's ultimately about crime, or in the case of north central Wisconsin, it was a domestic dispute," Walker said Friday morning in Milwaukee when asked if he'd support a gun control bill in the state Legislature this spring.

Walker said he's invested state money in mental health services, but added there's "obviously more work" to do if the Wausau-area shootings are linked to mental health issues. He said his administration has spent money on fighting crime in Milwaukee and is proposing to send more state shared revenue there.

But state lawmakers from Milwaukee are asking the Legislature's budget committee to go beyond Walker's proposal and provide additional funds — partly to pay for law enforcement.

Milwaukee Mayor Tom Barrett declined comment on the gun control issue, saying he wanted to keep the focus on five arrests made Friday in connection with the fatal shooting of the housing inspector, Greg Zyszkiewicz.