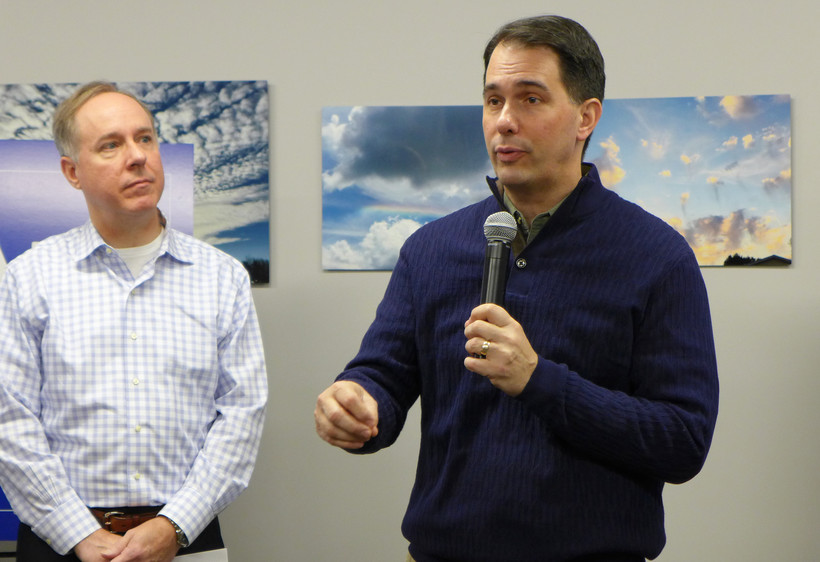 State Republicans Release Plans For More Requirements For Those On FoodShare, Medicaid, Other Assistance
By Hope Kirwan
Share:

Gov. Scott Walker has called for a special session of the Legislature to work on new requirements for FoodShare, Medicaid and other government assistance programs.

"Unemployment is at a record low and that means we need to get a record number of people off the benefits where they might have had a chance to avoid the work world," said Assembly Speaker Robin Vos at a press conference in La Crosse on Thursday. "And now help them to get those skills so they can fill the positions that are going unmet today."

Other proposed bills would restrict assistance for people who don't pay child support or who own a high-value house or car. One proposal would require drug testing and employment screening for people living in public housing.

"This is not about being punitive, it's quite the opposite," Walker said. "We understand that if we can get people healthy in this state, we can find a job for just about everyone in the state of Wisconsin."

Walker said some of the proposed changes would require federal approval.

"What we're doing with this package is even those areas that require waivers, we're enacting this legislation that allows us to do that, and then so once the waivers are applied we've already taken the preemptive action," Walker said.

But the state's top Democrats said the session is an attempt to rally support for the governor's re-election campaign.

Shilling and Assembly Democratic Leader Gordon Hintz released a bill in response that would require the governor to call a special election within 60 days of an open legislative seat, saying open districts deserve to have representation during the special session.