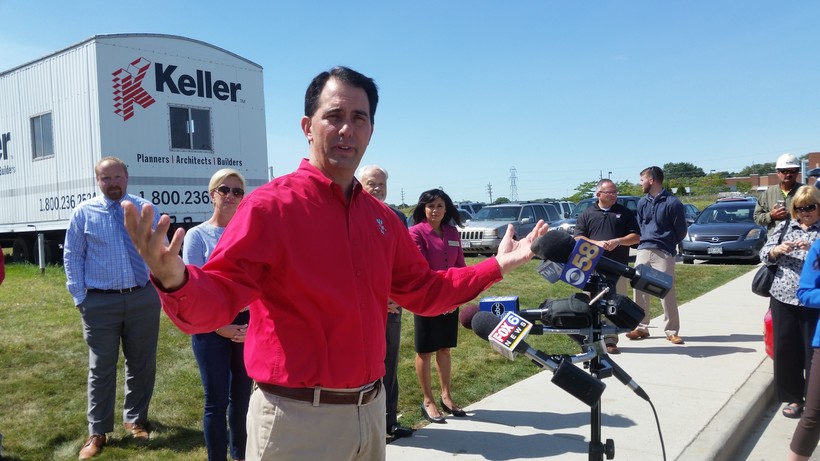 Gov. Scott Walker said the state Senate might change the Foxconn legislation to address one environmental concern, but he maintains pollution laws won't be weakened.

Some Democrats, including state Rep. Katrina Shankland, D-Stevens Point, charge the proposed $3 billion incentive package to get Foxconn to build a factory in southeastern Wisconsin is flawed. The claim is that other companies in the electronics and information technology manufacturing (EITM) zone being set up for the Taiwan-based electronics manufacturer could also qualify for some environmental permitting exemptions. Shankland said an analysis from the non-partisan Legislative Fiscal Bureau supports her contention.

Asked about the claim on Friday in Cudahy, the governor said, "There's a series of amendments the Senate's working on that may more finely tune that particular question. Certainly, our focus in on Foxconn, and it's really about speeding the process up."

Walker said Foxconn, which could bring 13,000 jobs to the state, and much smaller firms, will have to follow laws protecting the air, land and water.

More legislative votes on the Foxconn bill are expected this month.