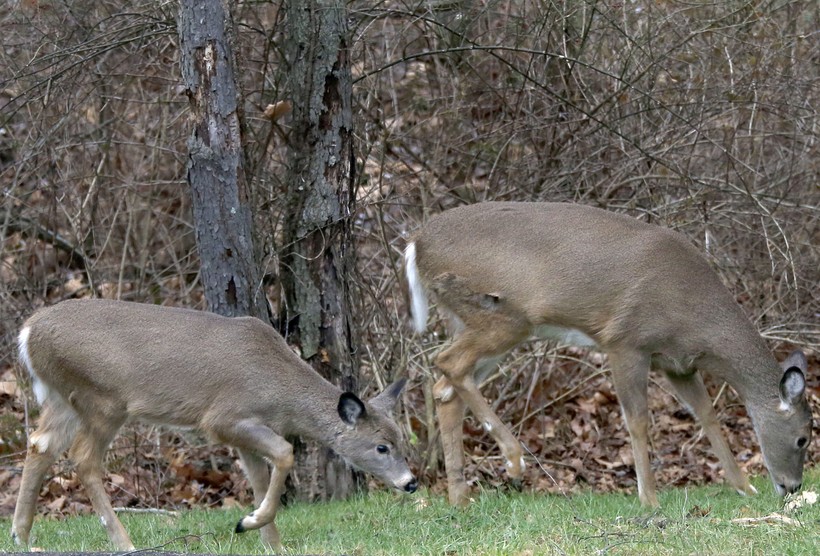 Walker made the surprise announcement Friday at the Wisconsin Conservation Congress Convention in Green Bay.

According to the Wisconsin Department of Natural Resources, the state would purchase the land, which would be known as the Lake of the Pines Conservation Easement, from Northwoods ATP — a European firm that acquired the property in 2009 — for $7.2 million using funding from the current fiscal year's Knowles-Nelson Stewardship Program.

Northwoods ATP would also create a $515,000 endowment, run by a third-party, to maintain roadways on the property at a "baseline" condition to help ensure the roads are maintained in usable condition for the public, according to the DNR.

The governor's office says the largely forested landscape in the towns of Winter and Draper is an important habitat for white-tailed deer, black bears, wolves and bobcats. The property features many lakes and streams, including two Class I trout streams. The property is enrolled in Wisconsin's Managed Forest Law program and subject to sustainable logging practices.

Walker emphasized to reporters that the proposed deal would add to publicly accessible recreational lands in Wisconsin.

"The idea being that we have about 7.4 million acres right now of land across the state that's available to the public for recreation. This nearly 21,000-acre new addition would be just one more step to make sure we've got public lands available for hunting, for fishing, for trapping," Walker said.

Walker has sold thousands of acres of state land as governor, but he insisted the proposed easement is not a reversal of his political philosophy.

"These are pristine streams that have natural reproduction, and this has been given to us by Mother Nature. It's virtually impossible to duplicate it," Cowles told WPR.

"Over the last 10-15 years, there's been an effort to get conservation easements on Managed Forest Law lands owned by large landowners — sometimes real estate companies, sometimes paper mills — to keep them in production for timber. That helps the economy of northern Wisconsin," Meyer said.

But Meyer says the easement that would allow public access is "good over the long term. Otherwise, these lands get turned over and developed."

Meyer hopes Walker's backing for the easement signals his interest in extending the stewardship program, which is due to expire in about two years; and if not, the easement plan today "may be the last purchase of its kind," Meyer said.

The Natural Resources Board is expected to act on the Sawyer County proposal at its meeting Wednesday, May 23. State lawmakers could review the plan this summer.