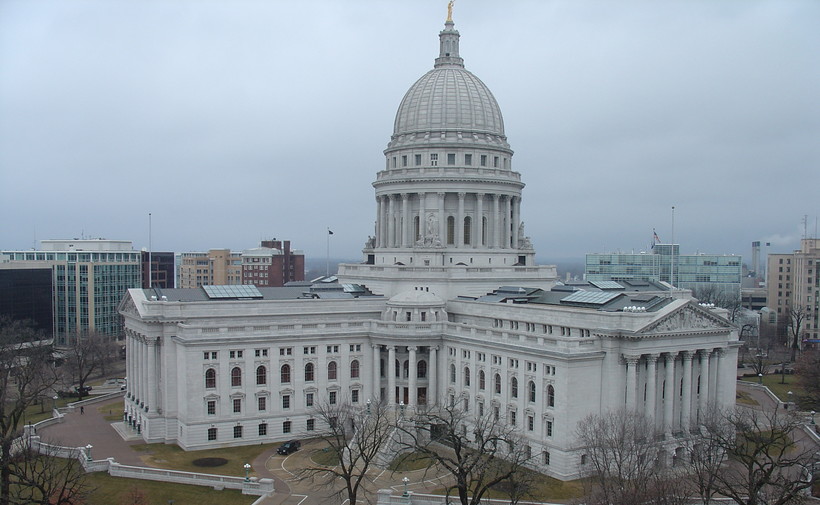 Vos, Fitzgerald At Odds On Borrowing For Wisconsin Roads

The chasm between Wisconsin’s top Republicans on transportation funding seemed to widen Wednesday, as Senate Majority Leader Scott Fitzgerald opened the door to more borrowing to pay for roads, while Assembly Speaker Robin Vos took a hard-line stand against it.

"I can promise you right now, that’s not going to happen," Vos told reporters gathered in his state capitol office. "That is a non-starter for the Assembly. We are not going to continue to borrow and spend."

Less than an hour later, Fitzgerald, of Juneau, said borrowing more was indeed an option under the right conditions.

"That might be enough," Fitzgerald told reporters at a news conference from the Senate Parlor. "It might (be) about as heavy a lift as we want to make in this budget to get this budget completed."

While the $500 million Walker proposed borrowing for roads in the upcoming budget would be comparatively low, the governor leaned more heavily on borrowing in previous years.

Walker has also opposed new taxes and fees that would reduce the state’s reliance on borrowing for transportation, a trend Assembly Republicans have said they want to change.

They introduced a sweeping transportation plan last week that would increase taxes on gasoline by an average of 7 cents per gallon. Walker panned the idea, and on Wednesday, Fitzgerald rejected it, too.

"I don’t see the momentum for that plan," Fitzgerald said.

Fitzgerald would not give a number for how much the state should borrow, or which major projects would move forward in the next budget as a result.

"We want to continue to do as much as possible," Fitzgerald said. "It’s going to depend on what level is acceptable to members."

Vos, of Rochester, also made the connection between borrowing and road projects, but for different reasons, saying he’d rather delay projects than borrow more.

"If we can’t reach agreement, a lot of these projects are going to stop because we are not going to continue to borrow without a long-term plan to pay it back," Vos said.

Fitzgerald suggested lawmakers might find a happy medium if the state issued bonds backed by the full faith and credit of Wisconsin’s general fund, which gets its money from Wisconsin’s income and sales taxes and pays for expenses such as schools, prisons and Medicaid. Typically, borrowing for road projects is backed by the transportation fund, which gets most of its revenue from gas taxes and vehicle registration fees.

Fitzgerald said that while the transportation fund is already overextended with debt, there’s enough money in the general fund to support more borrowing.

But the idea may have been short-lived. Shortly after Fitzgerald’s comments, Rep. John Nygren, R-Marinette, the co-chair of the Legislature’s budget committee and a close ally of Vos, said Assembly Republicans' position had not changed: they oppose growing debt in the general fund, too.

"That’s going to be the side that’s going to compete with schools and Medicaid and every other priority we have," Nygren said. "So our basic position isn’t going to change on a proposal like this."

On at least one position, Vos and Fitzgerald may have found common ground Wednesday. Fitzgerald said he wanted to explore seeking permission from the federal government to allow for tolling on Wisconsin interstates, an idea long advocated by Vos.

"I think it’s something we should consider," Fitzgerald said. "I don’t know if we can get people there. And I need more information."

While toll roads could theoretically help Wisconsin pay for roads over the long term, it’s not a short-term fix, and it’s not a given that Fitzgerald and Vos could find the votes for such a plan. Even if they did, there’s no guarantee the federal government would lift its restrictions on adding tolls to existing interstate highways.

The back-and-forth over road funding came on the same day the Legislature’s nonpartisan budget office announced it would not revise the revenue estimates it issued in January.

That means lawmakers won’t be able to use an unexpected windfall of new money as they grapple with the budget proposal Walker presented them earlier this year.