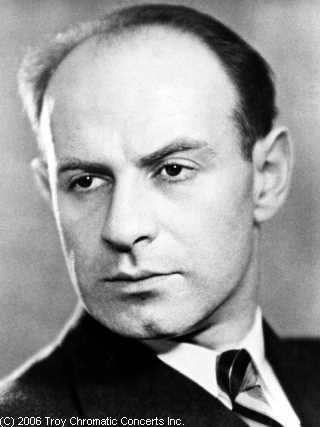 Casting an opera for the stage and casting it for the movies can be quite different, as was proved by a notable blunder at RCA.

In his 1976 autobiography Cadenza: A Musical Career longtime Boston Symphony conductor Erich Leinsdorf tells of recording sessions in Rome in the late 1950s. For a production of Puccini’s Tosca RCA executive George Marek had cast three of the great singers of the day–Zinka Milanov, Jussi Björling, and Leonard Warren. But for Madama Butterfly Marek decided to cast Anna Moffo and Cesare Valletti in the roles of the lovers Cio-Cio San and Lieutenant Pinkerton--two genuinely young attractive singers--instead of what Leinsdorf called the usual “middle-aged, overweight verbal acrobats.”

Marek and his associates at RCA were convinced that a few of their singers would accomplish a breakthrough in the movies and become superstars. Apparently they had forgotten that people buy recordings not to look at but to listen to. Pretty faces notwithstanding, the voices of the attractive young singers were too light for the roles.

During one of the recording sessions Leinsdorf, the producer, and the singers were in the control room listening to a playback of the great love duet at the end of Act I when Leinsdorf became aware of a very drunk Jussi Björling at his ear, singing the tenor part the way he thought it should be sung, interspersing his performance with a blistering critique of the recording. For the sake of the singers, the perspiring and embarrassed Leinsdorf tried to quiet the indignant Björling only to make him all the more vocal in his demonstration of the tenor part and his condemnation of the casting.

The intoxicated tenor knew what he was talking and singing about. The album couldn’t compete with the Butterfly recordings on other labels and in 1962 RCA tried again with seasoned operatic heavyweights Leontyne Price and Richard Tucker.