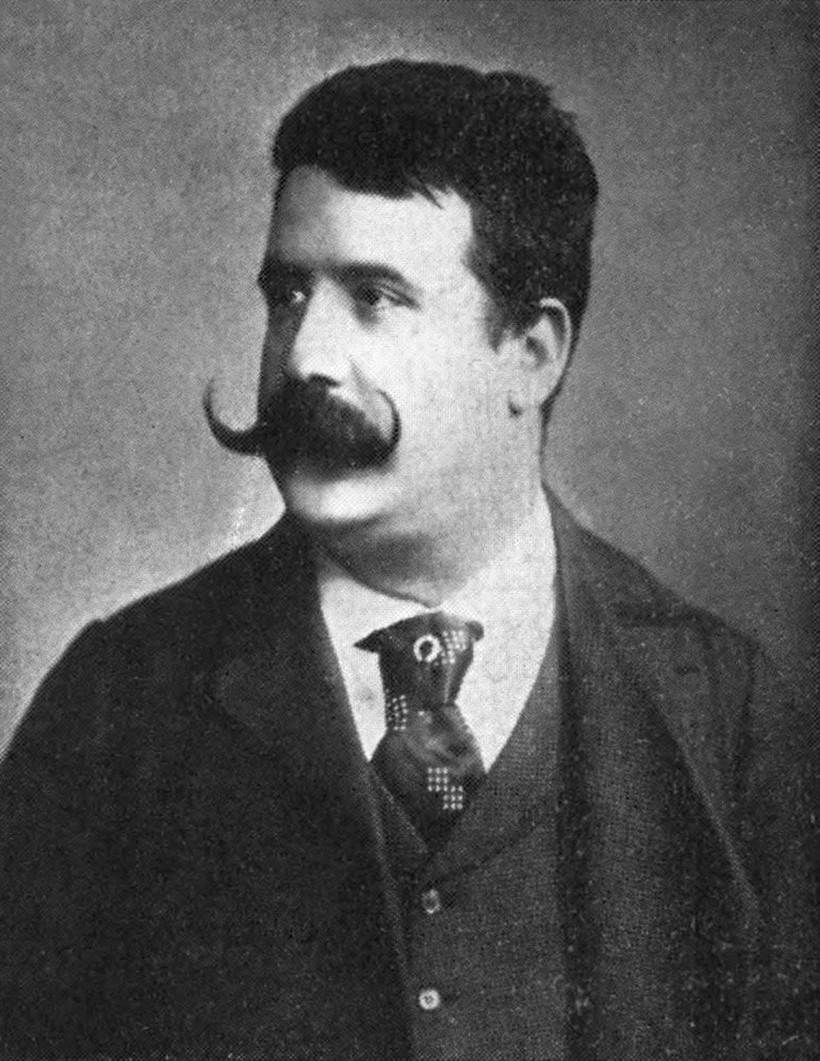 Ruggiero Leoncavallo was hoping to revive his career with a conducting contract or a commission for an opera when he agreed to undertake an American tour in the fall of 1906. He traveled with plenty of company–seven singers and the 75-piece La Scala orchestra–and all of them were in for a tough time.

The indignities began while Leoncavallo was still aboard the Kaiser Wilhelm on his way from Bremen to New York. The Minneapolis Tribune printed the remark of a shipboard acquaintance who reported that Leoncavallo was “short, fat, and round-about.”

Leoncavallo had written a short piano piece called “Viva L’America” based on “Yankee Doodle” and “Dixie,” which he had dedicated to President Theodore Roosevelt and planned to present personally.

Upon his arrival in New York, Leoncavallo pointed to the sky and the Staten Island shore and proclaimed hopefully, “Splendide! Magnifique! Perhaps I shall find a theme over here for an opera!”

The reviews of his Carnegie Hall concerts were mostly bad. One said that Leoncavallo seemed “strangely out of place” conducting an orchestra that played his music out of tune while his countrymen in the audience voiced their enthusiasm.

As the tour progressed, even “Viva L’America” took some knocks, being described by the New York Tribune as “as sorry a tribute to the nation and its head as it is to the talents of the author.”

The tour had worse problems on the road. When the troupe advertised as “the largest operatic concert company that ever toured America” pulled into Springfield, Ohio, the “Leoncavallo Opera” train killed two railway workers.

The tour gathered momentum nonetheless, enough to be extended, which made it impossible for Leoncavallo to deliver the elaborately etched “Viva L’America” to Theodore Roosevelt.

After traveling 27,000 miles in eight weeks, Leoncavallo had failed to get a contract or win a commission for an American opera, but at least he had managed to lodge some of his works in the international repertory.