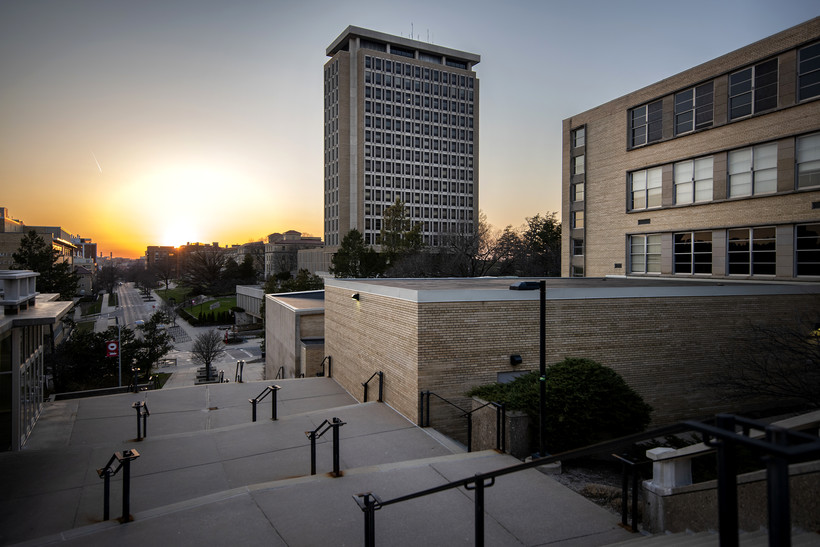 The University of Wisconsin System plans to offer about $500,000 in financial incentives aimed at encouraging students to get vaccinated against COVID-19. The campaign features a lottery in which a total of 70 students will each receive a $7,000 scholarship if 70 percent of a campus' student body reports being vaccinated.

UW-Madison is not participating.

UW System interim President Tommy Thompson has said since April that COVID-19 vaccinations will not be mandatory in order for students to attend classes in person or live in dormitories. Instead, Thompson has turned to incentives in hopes of getting students to get the shots and limit the spread of the virus on the state's 26 campuses.

In April, Thompson said students who can prove they've been vaccinated will not have to complete regular COVID-19 testing requirements. Now, the former Wisconsin governor and secretary of the U.S. Department of Health and Human Services is sweetening the pot with the scholarship money.

The "70 for 70" campaign will place vaccinated students attending campuses with vaccination rates at or above 70 percent by Oct. 15 into a lottery, said Thompson. When names are drawn, students will have to prove they've been vaccinated in order to qualify for the $7,000 scholarships.

"We're having (a) competition, and we're going to be able to build up the rivalry and hopefully the intercollegiate spirit to get at least 70 percent of our students vaccinated," said Thompson.

A UW System spokesperson said a date hasn't been set for when the names will be drawn.

Some private colleges in Wisconsin, like Marquette University, have mandated COVID-19 vaccinations for students. Thompson has said because the current COVID-19 vaccines were approved by the U.S. Food and Drug Administration under an emergency use authorization, mandating the shots on campus isn't allowed.

On July 19, a federal judge blocked a legal challenge to Indiana University's vaccine mandate. That ruling is expected to be appealed.

Still, Thompson said encouraging students to get COVID-19 vaccinations will cause fewer potential problems for the system than requiring it.

"We think it's a much better approach, and we're not going to get into any mandates," said Thompson.

The vaccination scholarships will not be available to students who choose not to get the shots or cannot due to medical reasons.

Nancy Jecker, a professor of bioethics at the University of Washington School of Medicine, told WPR some studies have shown that cash incentives between $25 and $100 could increase peoples' willingness to get a COVID-19 vaccination. But, she said preliminary research out of Boston University suggests larger payments of $1,500 or more can have the opposite effect.

"And for Black and Latin Americans, especially, a really large financial incentive — say $2,000 — was counterproductive and 13 or 14 percent said that they'd be less likely to get vaccinated if they were offered a lot of money," said Jecker.

Another unanswered question, said Jecker, surrounds the sustainability of offering financial incentives for vaccinations, for example if COVID-19 booster shots were required.

Jecker said she believes vaccine mandates are a more ethical way of driving vaccinations because everyone, other than those with religious objections or prior health conditions, are required to get them.

The UW System anticipates the "70 for 70" incentive program will cost around $500,000. In order to drive awareness of the effort, $5,000 awards will be made available to student government groups who promote it and help campuses reach the 70 percent threshold. If all 13 student government associations at state universities reach that mark, the total cost could surpass $550,000.

Thompson said he hopes federal COVID-19 stimulus funds allocated to Wisconsin can be used to pay for the "70 for 70" campaign.

"The governor has discretion over well in excess of $1 billion of money," said Thompson. "We can't think of a better program than to get more students vaccinated. And I know the governor is very interested in making sure we are able to keep our universities open. What better way to put some of that federal dollars to use into a program like this?"

Gov. Tony Evers is aware of the UW System's request, said Thompson, but has not agreed to fund it at this point. If no federal funding is available, a UW System spokesperson said the money will come out of the UW System Administration budget.

"I've said to everybody, this is so important, and it's such a ... reduced cost than what we would have to do if we had to require everybody to be tested," said Thompson.

Thompson said he's estimating that around 50 percent of UW System students have been fully vaccinated at this point, though he said campuses are not tracking who has and hasn't been vaccinated. Instead, he said surveys have been sent out and the results are being calculated by system staff.

The UW System isn't the first to offer financial incentives to encourage students to get vaccinated. The University of North Carolina at Greensboro is offering money towards meal plans and textbooks, for example.