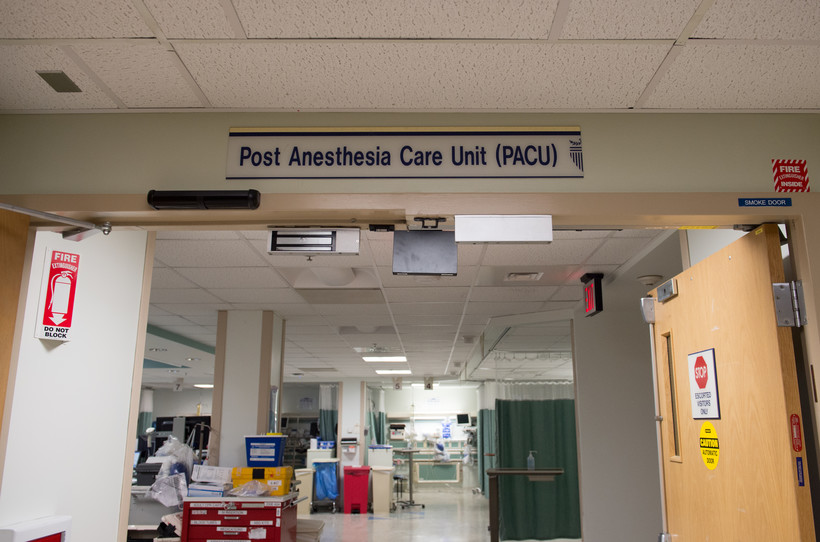 Mental Decline Determined To Be Small In Patients Who Had Major Surgery
By Shamane Mills
Share:

General anesthesia allows those having surgery not to feel pain or remember what occurred on the operating table. Both functions are controlled by the brain so no matter what part of the body is being operated on, the brain also is affected. To what degree has been unclear. Past studies have had mixed results.

A new study from University of Wisconsin researchers on cognitive ability after surgery shows the decline is slight. That runs counter to the perception of many prospective patients as they weigh the risks of surgery against the benefits.

An international survey showed 65 percent of those asked were concerned about losing memory or thinking ability after being put under anesthesia.

"I've certainly had people talk to me about whether they should go ahead with surgery or not based on the fear that they’re not going to be cognitively the same afterwards," said Dr.  Robert Sanders, the study’s lead author and an assistant professor of anesthesiology at the UW-Madison.

But not having surgery can also lead to diminished brain activity. Sanders pointed out that stroke, for instance, is associated with brain impairment anywhere from one to 13 years of cognitive decline.

The decline from anesthesia was too small to be measured individually, said assistant scientist Dr. Bryan Krause, but after testing more than 7,500 patients, the decline amounted to roughly five months of brain aging on average. Each patient had major surgery requiring at least two nights in the hospital.  All the patients got care under the United Kingdom’s National Health Service. Researchers from London and Paris also worked on the study published in BMJ.

From middle age on, people lose a little mental edge in their ability to remember and think. Researchers factored in that natural deterioration when testing surgical patients between the age of 45 to 69 years old on word recall along with mathematical reasoning and verbal ability. For instance, patients were asked to write as many words as they could that begin with the letter "s" in one minute. The patients were tested repeatedly on their cognitive abilities over the course of 19 years.

Researchers caution the study might not apply to those older than 70 because the chance of dementia is higher.