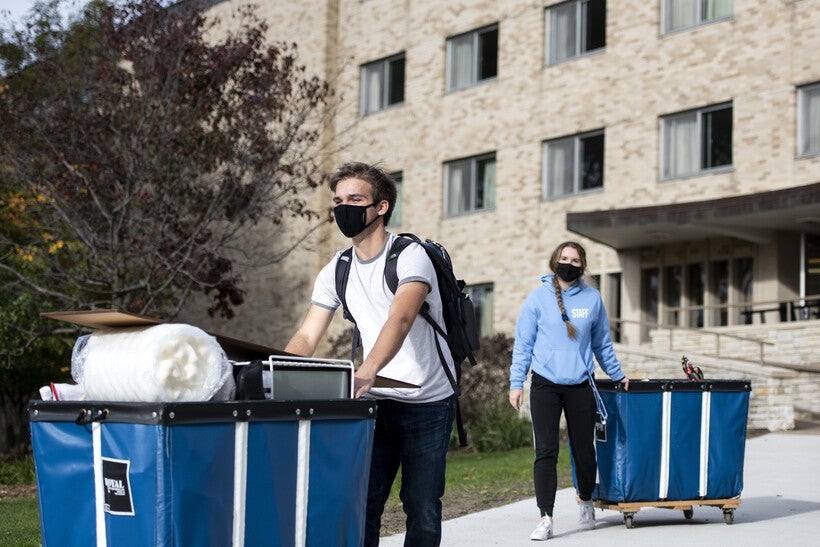 Students at all University of Wisconsin System campuses will be able to avoid regular COVID-19 testing requirements if they get vaccinated.

Currently, all UW-Madison undergraduates must get tested twice each week, while students living on campus at other UW schools are required to get weekly screenings.

In a briefing with reporters Wednesday, UW System interim President Tommy Thompson said he issued a directive to the state's 13 chancellors to release students from testing requirements in exchange for a vaccination. Thompson said he thinks everyone should get vaccinated against COVID-19 but added that releasing students from testing requirements adds incentive.

"This is a way to encourage students to get vaccinated, especially before they go home for summer vacation," said Thompson. "So, they're going to come back and be prepared to go into classes."

Because COVID-19 vaccines were approved by the U.S. Food and Drug Administration under what is known as an emergency use authorization, Thompson said federal laws and guidance recommends against mandating vaccinations, so he won't require them for students.

"And I don't want to prevent them from having an opportunity to go to college," Thompson said. "And I don't want to say that they have to do something in violation of their religion or their political idealism. And so, I'm staying away from mandates."

"Without a doubt, I would like to get as much vaccine as possible and get as many students vaccinated as possible now that they're eligible for vaccinations," said Thompson.

Gov. Tony Evers opened vaccine eligibility for everyone 16 and older on April 5.