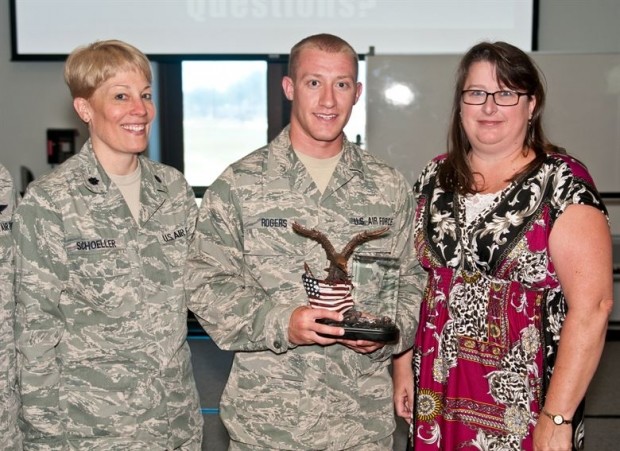 A University of Wisconsin-Milwaukee lecturer and former Wisconsin Air National Guard lieutenant colonel under fire for a Facebook post about the death of a female soldier says her comments were misinterpreted.

Still, more than 135,000 people have signed an online petition calling for her firing and a student-led protest is scheduled for Wednesday.

On Saturday, July 4, UW-Milwaukee Senior Lecturer Betsy Schoeller was scorned by thousands online for a Facebook post related to the alleged murder of U.S. Army soldier Vanessa Guillen. The FBI has filed a criminal complaint alleging that Guillen was killed by fellow soldier 20-year-old Aaron David Robinson. Robinson has since committed suicide. According to media reports, Guillen’s family said she had told them before disappearing April 22 that she was being sexually harassed by a sergeant at Texas’s Fort Hood.

Schoeller’s Facebook post said: "You guys are kidding, right? Sexual harassment is the price of admission for women into the good ole boy club. If you’re gonna cry like a snowflake about it, you’re gonna pay the price."

In a statement released via UW-Milwaukee’s communications team, Schoeller said her post was not meant to imply "that this is how I feel."

Schoeller said she was shocked and saddened that her original post was interpreted out of context. She did not respond to requests for an interview.

As of 4:30 p.m. on Monday, a change.org petition calling for Schoeller to be fired from UW-Milwaukee had received more than 138,000 signatures. On Saturday, UW-Milwaukee communications released a statement that said her comments were "repugnant and terribly at odds with UWM’s values" but that the university could not fire Schoeller for social media postings because they are protected by the First Amendment and the university cannot regulate private speech of employees.

The petition was started by Emily Cruz, a UW-Milwaukee senior majoring in social work. She said Schoeller’s original Facebook post left her feeling angry and hurt as a student, a Latino and as a woman. Cruz said Schoeller’s defense that her post was taken out of context isn’t credible. She said she wants the university to look into what students that have taken classes taught by Schoeller have said about her.

"That is a part of our list of demands, for them to look to any prior complaints the students have placed against her and also to look at course evaluations, especially since those are anonymous," said Cruz. "That is when students kind of pour their heart out on how they feel."

Cruz said even if Schoeller’s post was misinterpreted, it still qualifies as probable cause for termination under the campus employee handbook and Title IX rules.

In a statement from the UW-Milwaukee chapter of the American Association of University Professionals, written by history professor Rachel Ida Buff, the group demanded accountability from administration on the role of Schoeller on campus.

"A statement later issued by Dr. Schoeller attempts to clarify the intention of the post, but a commitment to inclusivity requires that impact is elevated over intent. And the harmful impact on the student body is clear," wrote Buff.

The statement continued that AAUP’s policy on speech rights of faculty are protected by the First Amendment and are not grounds for dismissal. But Buff wrote the policy also recognizes social and professional obligations of faculty.

"We believe Dr. Schoeller’s statements appearing to castigate those seeking justice for Specialist Guillen’s sexual assault and subsequent murder were careless. They did not exercise due restraint, nor did they exhibit respect for the opinions of others," wrote Buff.

In an interview with WPR, Buff said that given how marginalized many students feel, especially students of color, and how many women are facing sexual harassment and assault on campuses, professors, staff and administrators need to listen to students.

"I want to know what her classes are like for our students, because if she's (Schoeller’s) right, there's not a problem. Right. But what if she has attitudes about young women and young women of color? And I think that we need to take our students seriously when they tell us there's a problem."