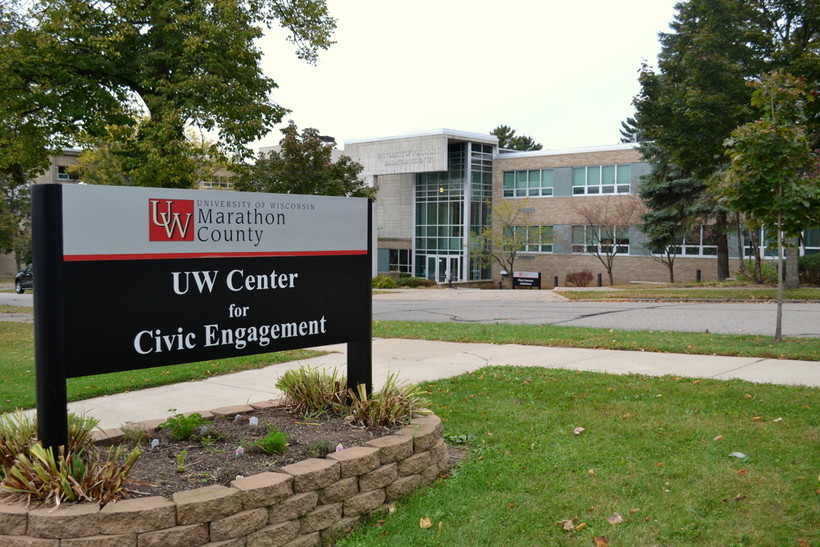 University of Wisconsin-Marathon County in Wausau would become part of UW-Stevens Point under the proposed merger of the two-year colleges and four-year universities.

Faculty members at the University of Wisconsin two-year colleges are voicing concerns about the planned merger with the state's four-year schools.

Kelly Wilz, a professor at UW-Marshfield/Wood County and a senator on the two-year colleges’ faculty council, said many of her colleagues are worried about job security.

"I'm deeply concerned for my fellow professors who aren't tenured yet and what is going to happen to them," Wilz said. "Obviously programs and departments can be eliminated now, so I think people are definitely worried that they're going to lose their jobs."

Jeff Leigh, a professor at UW-Marathon County in Wausau, said the announcement of the merger came as a surprise to instructors just two years after their schools went through a major reorganization.

"We wasted incalculable hours, measured in the tens of thousands, perhaps, across the state preparing to implement regionalization. That was the last plan for the UW Colleges," Leigh said. "Right now, there's very little information, and no evidence that much thought has gone into this."

Under the proposal, both UW-Marathon County and UW-Marshfield/Wood County would become branches of UW-Stevens Point.

Leigh and Wilz both expressed concern that the merger could weaken the two-year schools’ strong ties to their communities.

But they said the merger could also potentially benefit both of their campuses.

"We're a much larger community than Stevens Point, and so it might make sense to teach more of their classes here in Wausau," Leigh said. "It also might be a draw for students knowing they're entering a four-year program from the very beginning."

"I am hopefully optimistic. I think during times like these, that's all one can be," Wilz said. "I've spoken to a few of my colleagues (at the four-year schools) who are really excited about this merger, who are excited about the opportunity to work with their colleagues at the UW Colleges."

Under the reorganization of the two-year schools in 2015, Keith Montgomery became the dean of UW-Marathon County, UW-Marshfield/Wood County and two other campuses.

"The colleges have some experience in this," Montgomery said. "We just regionalized, so we've experienced change. I'd be lying if I didn't say that this is change on change, so there's certainly some stress. But we know we can get it done."

"You look at the demographics. Something had to be done," he said.

For Leigh, the impending change is bittersweet.

"We’re losing our mission and our community focus, but gaining new opportunities," he said.