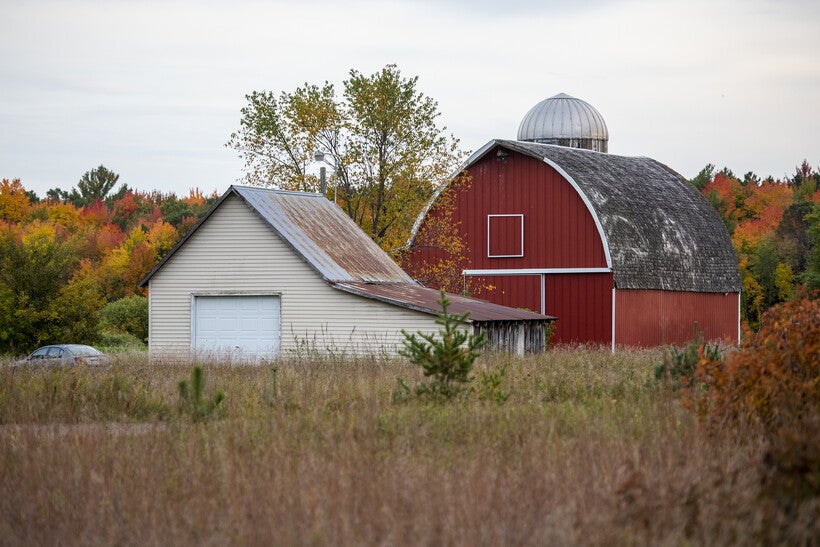 An effort to build a network of climate and soil monitors around Wisconsin is getting a boost from a $9 million grant from the U.S. Department of Agriculture. The network, known as a mesonet, promises to aid farmers by filling in soil and weather data gaps.

The USDA funds are headed to the University of Wisconsin-Madison for the creation of what is called the Wisconsin Rural Partnership, which aims to build community-based projects between the university and rural towns.

One of those projects will be the creation of a Wisconsin Environmental Mesonet. UW-Madison Department of Agronomy Chair, Chris Kucharik said he envisions a network of between 50 and 120 weather and soil monitoring stations in counties across the state.

He said the monitors consist of metal tripods around six feet tall, loaded with sensors measuring wind speed and direction, humidity, temperature and solar radiation. The monitors also include instruments below ground that measure soil temperature and moisture.

"Wisconsin is kind of an anomaly compared to our neighboring states, as well as others in the U.S., when it comes to having a dedicated mesonet or network of observational data that's being collected," Kucharik said.

There are currently 14 monitors at university agricultural research stations in places like the Door County peninsula, Kucharik said, with some of the data currently used by farmers coming from a national network of National Weather Service volunteers. He said that data is important, but only reported once per day.

The $9 million federal grant, along with $1 million from the Wisconsin Alumni Research Foundation, will pay for monitors and staffing needed to build, collect and distribute climate and soil data.

"We're really looking at putting a much denser network down that allows us to get up-to-the-minute, real-time weather and soil environmental data that supports the livelihoods of rural farmers, land and water managers, and forestry decision-making," Kucharik said. "There's a pretty long list of folks that would benefit from that type of improvement in a network."

"I could see it helping from just a crop production standpoint, but also some of these unforeseen things like manure application where it could have a definite advantage," Clark said.

In particular, Clark said farmers would have a better idea of whether soil is too saturated to accept liquid manure, which could reduce runoff pollution.

"I think it's going to be a real boon for research on our campus, but also the whole concept about the Wisconsin idea," Ackerman said.

Ackerman said Wisconsin was behind the times as other states have had comprehensive mesonets since the 1990s, "and now to have that capability is great."