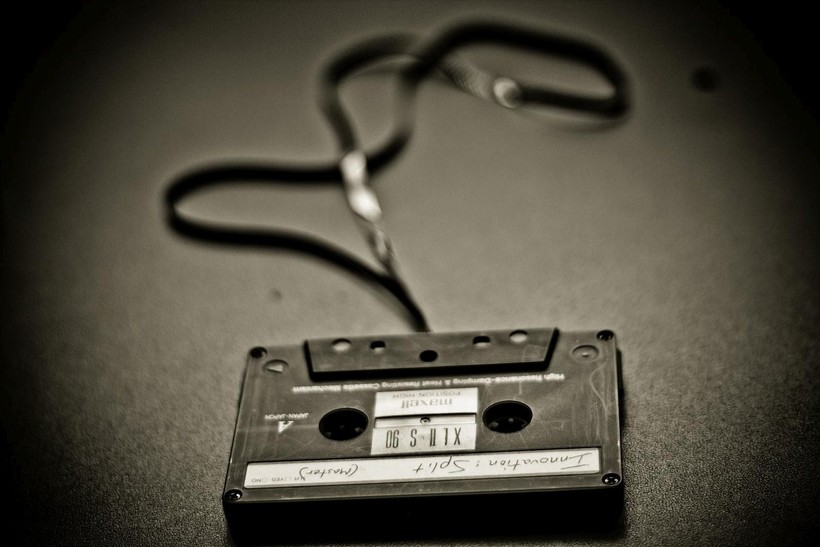 Understanding The Delicate Art Of The Mixtape

Listeners, Music Critic Explain How To Send A Message With A Mix
By Haleema Shah
Share:

If there’s one thing to be learned from surveying listeners and strangers on the street about mixtapes, CDs, and playlists, it's that mixtapes aren't necessarily about the music.

Sure, the maker of one might have had to spend a lot of time curating the perfect collection of tracks, but they're not doing it just so the recipient listens to some songs. They're doing it to make a point.

"I think very often with mixtapes, you're sending a little bit of a letter to the person in music form. You're mindful of the messaging but you're also saying a little something about the music you like," said NPR music writer Stephen Thompson, who said he has made plenty of mixtapes of his own.

Let's be real though. Mixtape-making isn't an entirely selfless art. Sharing music favorites might be a vulnerable experience, but that doesn't mean there isn't an agenda behind it.

Thompson said that when music fans make a mix for someone, they're secretly hoping that the recipient is really grateful to them for showing them a whole new musical world.

"There's a certain kind of vanity in presenting your musical tastes that way," Thompson said. "You're kind of secretly trying to implant in them that (they're) going to fall in love with this band and then (they're) going to think 'Wow, that guy's really cool, he got me into this band.'"

But people don't always like the gems that their music nerd friends bestow them with. Dheeraj Chand responded to an "Entertain Us" call for stories about mixtapes and said that he had a signature song -- it's called "Vapour Trail" by 1990s British shoegazing band Ride -- that he put on every mixtape that he made for friends and for girls he flirted with in grade school. Turns out, "Vapour Trail" was a hit with every person but one.

"The one woman on who this never worked on, my one go-to trick, was the one I married and the one with whom I'm going to spend the rest of my life," Chand said.

A person's mind might drift to the mixtape created for a crush or significant other first, and while Thompson had a lot of tips for bearing your feelings for someone through song, he also said there are plenty of other reasons you might make a mix, too.

Shoaib Ashraf also responded to the call-out with a story about making mixes in the '90s, when he tailgated high school football games with his friends. He said he got pretty popular for doing it, too.

"I made a CD called 'Shoaib’s Bag of Lovin',' which pretty much tells you how over the top this was. It was a really silly name, and I'm not sure what I was thinking, but at the time I thought it was a really funny thing to do," he said.

There’s one thing that everyone who made a mixtape seemed to share though: nostalgia. Depending on who you ask and what kind of music they had on a mixtape, that nostalgia is tinged with wistfulness, embarrassment or maybe a combination of both.

"I made myself a mix CD and marked it 'The JoJo Megamix,'" Thompson said about a CD featuring tracks by the then-teen pop and R&B singer. "God, I was such a dork."

And because it's 2017 and we don't want anyone to miss a chance to relive all of the songs that our listeners, guests and fellow team members talked to us about, we made a Spotify playlist from our walk down mixtape lane.