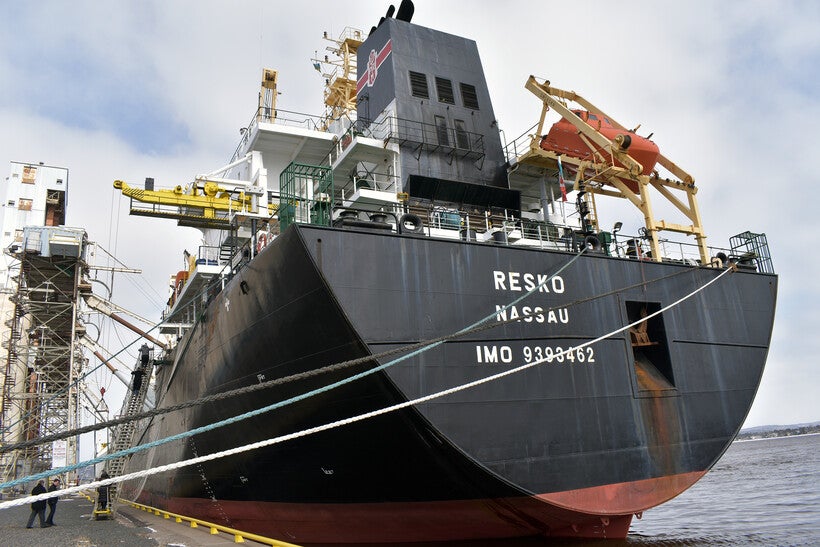 The first ocean-going vessel of the shipping season arrived in Duluth-Superior this month, carrying with it five crew from the besieged nation of Ukraine.

Just a day before the Russian invasion, the crew reported for work on the Resko, a ship owned by the Polish shipping company Polsteam.

The experience has been stressful for Ukrainian crew members who are under contract with the ship through August. The ship’s cook Valerii Yehorov said he’s checking in with his wife and children every day online. 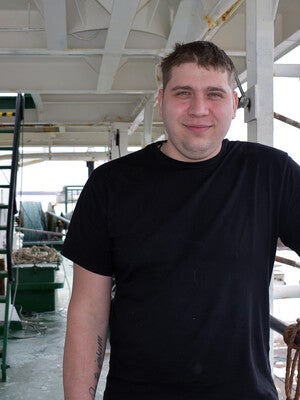 Valerii Yehorov hails from Chornomorsk, Ukraine. While aboard the Resko, he's been checking in online with his wife and family, who have fled to Moldova.
Danielle Kaeding/WPR

"My family and my wife going to another country — Moldova," he said. "My parents stay in Ukraine — Chornomorsk. (They) have air alarms because (they) have so many rockets — get so many attacks."

The same is true for Oleksandr Ivanov, the ship’s steward from Odesa. His wife and children, six and 10 years old, have hunkered down in their home to avoid rocket attacks three or four times a day.

Mykola Bakhtin, an ordinary seaman from the besieged port city of Mariupol, said he wanted to leave the ship and find his family after being unable to contact them for two weeks in March. He’s since learned they have fled to Germany to escape the constant attacks.

Bakhtin said he wants to go back if Ukraine wins the war and help rebuild the city, but he doesn’t want to return home if Mariupol is under Russian control. On Thursday, Russian President Vladimir Putin claimed victory in the battle for the port city, although Ukrainian troops were still holding out inside a steel plant. Mariupol is a key hub for producing iron and steel but also shipping those products along with coal and grain. 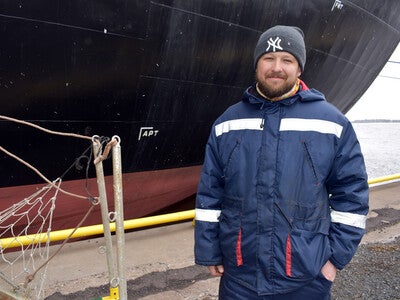 Mykola Bakhtin, an ordinary seaman, hails from Mariupol, Ukraine. His wife and family have fled their home for safety in Germany since the Russian invasion of Ukraine.
Danielle Kaeding/WPR

The Russian invasion has upended the lives of Ukrainians like the ship’s crew, and it’s thrown the global and regional agricultural supply chain into a world of uncertainty.

Ukraine and Russia account for around 30 percent of the global wheat trade and 20 percent of corn exports, according to the Associated Press. Earlier this month, Reuters reported grain exports from Ukraine in March were four times less than in February due the Russian invasion.

Ukraine’s projected wheat trade dropped 1 million tons to 19 million tons as its Black Sea ports remain closed while Russian exports grew by 1 million tons to 33 million, according to the latest world agricultural outlook from the U.S. Department of Agriculture. The U.N. Food and Agriculture Organization said grain prices rose roughly 17 percent in March largely in part to the war in Ukraine.

Deb DeLuca, executive director of the Duluth Seaway Port Authority, said it’s unclear how the war in Ukraine may impact grain shipments in the Twin Ports.

"It just all depends on what yields are coming out from other bread baskets, other nations that are exporting wheat, how strong the dollar is, what the crop yield is in various parts of the world and country," DeLuca said. 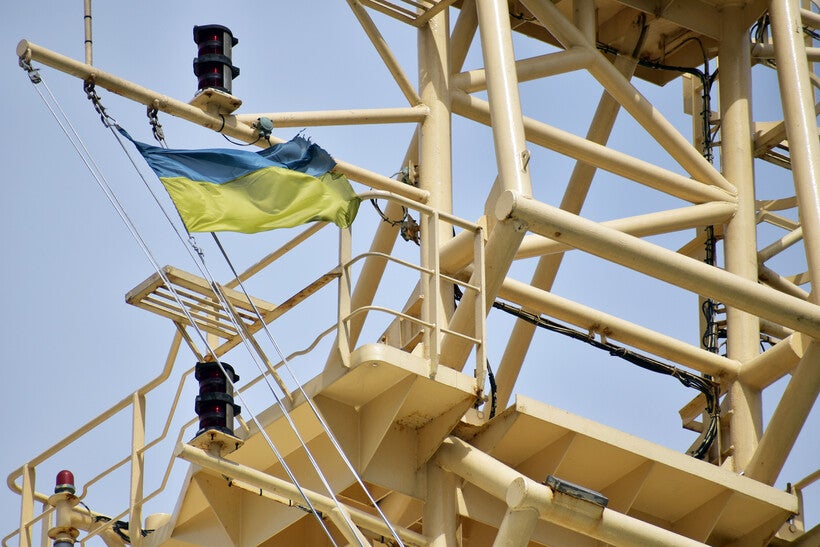 The Ukrainian flag flies aboard the Resko. The ocean-going vessel was the first such ship to arrive in the Twin Ports in 2022 with five Ukrainian crew aboard.
Danielle Kaeding/WPR

Around 1 million tons of grain shipments typically move through the port each year. Last year, grain shipments were down to around 808,000 tons. That marked its second-lowest season total since 1890, according to Agri-View.

Scott Hilleren, the ship’s agent with Guthrie-Hubner, Inc., said hurricanes in the Gulf of Mexico have boosted grain shipments out of the Duluth-Superior port in the past. He said grain exports could increase if Ukrainians can’t plant wheat or Russian sanctions impact the global grain trade.

"We should know something more in the next couple of months as to what's going on out there," Hilleren said. "I don't know if they can plant their crops or what is going on in the Ukraine, but we should know probably in August how it's going to play out in Duluth here as far as grain exports." 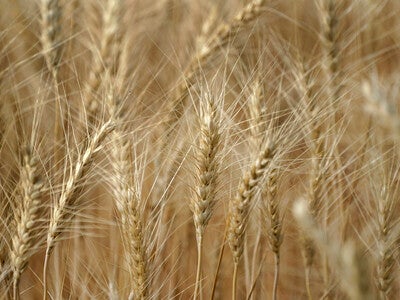 Stalks of wheat are shown ready to be harvested, Tuesday, Aug. 18, 2020, near Moscow, Idaho. Harvest is in full swing in the region known as the Palouse. Ted S. Warren/AP Photo

Higher food prices and supply chain disruptions from Ukraine and Russia could create opportunities for farmers in the Midwest and Wisconsin. Even so, they’re contending with rising fertilizer prices, inflation, the weather and disruptions from the COVID-19 pandemic.

The crew of the Resko had stopped in the Twin Ports for just a few days to load about 16,200 short tons of spring wheat and 5,400 short tons of durum wheat at the Gavilon Grain terminal in Superior that is destined for Italy, according to the port authority.

Before they left, Oleksandr Ivanov said they hope to connect with their families at the end of their contract.

"We hope ‘til end of May we'll be OK," he said. "But, we hope. You know, situation change every hour. Who knows with crazy Putin (what’s) ahead."