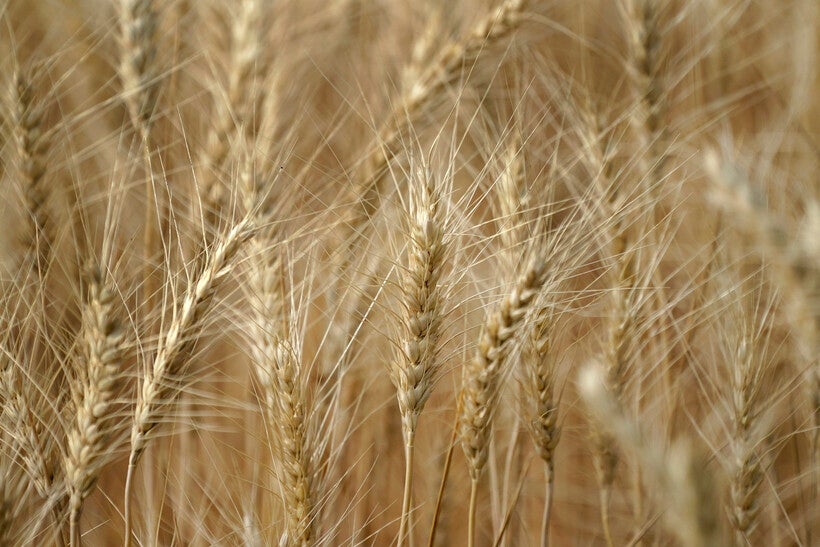 Stalks of wheat are shown ready to be harvested, Tuesday, Aug. 18, 2020, near Moscow, Idaho. Harvest is in full swing in the region known as the Palouse. Ted S. Warren/AP Photo

Analyst: Producers will need to use risk-management tools to protect themselves against price swings
By Hope Kirwan
Share:

Ukraine is a major producer of corn, wheat and sunflower seeds, according to the American Farm Bureau Federation. Since the start of the war in Ukraine, many analysts have worried about how the conflict will impact planting there this spring and whether farmers in Ukraine will be able to produce a crop.

Wisconsin producers primarily grow winter wheat, which is planted in the fall and harvested in the summer, making it unlikely farmers will plant more this spring in response to potential shortages or to capitalize on higher prices, Paul Mitchell, director of the Renk Agribusiness Institute at the University of Wisconsin-Madison, said.

But farmers in the state will likely spend more time managing the wheat fields they do have planted this spring, he said.

"More fertilizer, maybe more concerned about fungicide applications if you're looking at a problem with disease. That's what we might see, is farmers more willing to spend money on managing the planted crop for winter wheat," he said.

That attention will also cost producers more this year because of the war in Ukraine and the disruptions to global shipping caused by the COVID-19 pandemic.

"(Fertilizer) prices have been rising over the last year, plus for various reasons, before the conflict," Mitchell said. "We had hit record high prices, and then things have kind of been trading sideways, staying about the same. Then in the last few weeks, they started rising again."

He said farmers in Wisconsin and across the United States won’t have to worry about a shortage of products. But if they waited to buy some of their inputs — items you need to grow crops such as fertilizers and fuel — this spring, they’ll likely be paying higher prices than what was offered at the end of last year.

Even with higher costs to grow crops, Mitchell said margins for corn, soybeans and wheat are positive for Wisconsin farmers. The biggest concern is whether they will remain that way through the season or further market disruptions will be caused by the pandemic and developments in Ukraine.

"The volatility in these markets is just tremendous, and adding this war on top of everything else has increased the volatility, where prices jump up and down," Mitchell said.

He said producers will need to use risk-management tools, like contracting a future price or signing up for crop insurance programs, to protect themselves against a major price drop.

"(Risk management) is going to be a big deal because everything is so inflated: The price of your fertilize; the price of other inputs are up; you've got shortages; and you've got these really high crop prices," Mitchell said. "It's going to be much more of an individual choice this year, because there's not really any government programs that are going to help out."

John Heinberg, a market advisor for Total Farm Marketing, said he's been getting more calls from farmers who are trying to get insight into the current market and look at their options for managing risk. He said the uncertainty is not just from the war in Ukraine, but is also due to the drought that is forecast to continue in much of the western U.S. this year and current inflation in the U.S. economy.

While much of the attention has been paid to grains, specialty crop producers are not immune to the uncertainty.

Charles Wachsmuth, vice president at Chippewa Valley Bean, said his Menomonie-based company is the largest processor and exporter of kidney beans in the U.S. They also broker sales of pulse crops — such as beans, lentils and dried peas — overseas, including buying navy beans grown in Ukraine for sales in the European Union and South Korea.

If Ukraine is unable to produce crops this year for exporting, Wachsmuth said the destabilization of the global food market will be stunning. He said the U.S. won’t face any shortages of food, but countries in Europe, Central Asia and North Africa could see major disruptions.

He said those global changes will likely impact what is planted in the U.S.

"We're going to see a 25 percent to 50 percent decrease in planted kidney bean acres (by U.S. producers) this year because of the price of soybeans, the price of corn, the price of wheat. At such historical highs, farmers have so many other options, and you know, we really can't blame them," Wachsmuth said.

Before the conflict started, he said Chippewa Valley Bean and other agriculture exporters were already struggling to get their products shipped because of pandemic-related backlogs at ports around the world.

"I've got a warehouse that has 100 loads that are ready to ship that we just can't ship because of congestion at the Port of Montreal or congestion at the rail yards in Chicago. It's a difficult time," Wachsmuth said.

He expects these issues to worsen as the invasion of Ukraine continues.