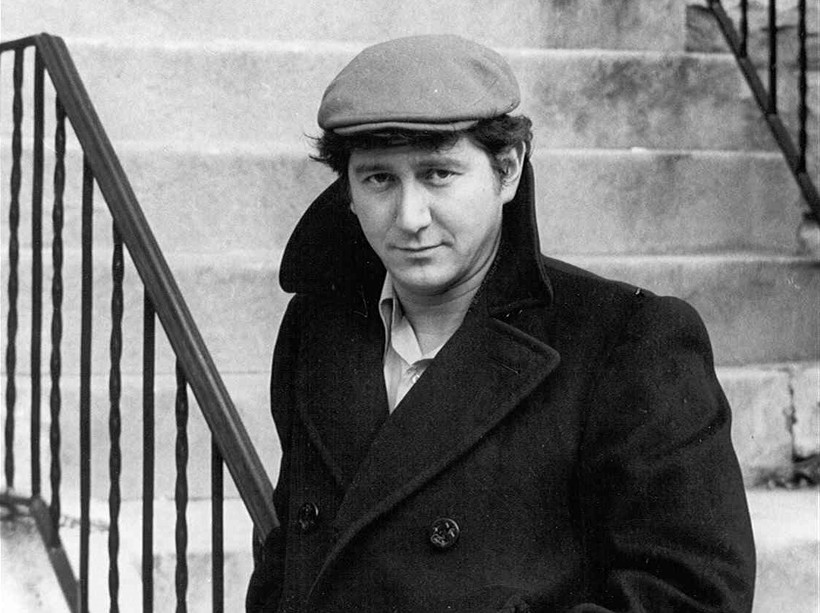 The LIfe And Music Of Phil Ochs Continues To Resonate Today
By Dan Robinson
Share:

Life is precious. If COVID-19 has taught us anything, it’s that truth. Whether by our own choices or circumstances beyond our control, our time on this Earth can feel fleeting. Phil Ochs' time among us was fleeting as well, but he left a legacy of music that continues to reverberate even today.

Originally from El Paso, Texas, Ochs found his voice in the Greenwich Village folk scene of the early 1960s. Having dropped out of the Ohio State University, he made his way to New York City. He released his first album in 1964, "All the News That’s Fit to Sing," and by 1966, he was selling out shows at Carnegie Hall.

Ochs' sound varied greatly, from just himself with a guitar to being accompanied by a full orchestra, but consistent throughout his music was a deep concern for the wider world and social justice. Often known as a protest singer, Ochs' music touched on the Vietnam War, poverty, politics, and whatever was the headline event of the day.

At the same time, Ochs' music could be very personal or humorous. At one point, he even helped a pig "run" for president during the 1968 campaign. Still, there is a certain melancholic feel to Ochs' music, portraying the despair he fought at different times in his life, both personal and societal. The chaos of the 1968 Democratic National Convention in Chicago was one such turning point for him. He even had a tombstone on the cover of his 1969 album, "Rehearsals for Retirement" that listed Chicago, Illinois 1968 as the date of his death.

Ochs' sister Sonny Ochs, a musician and radio host, relates another moment of despair on her website, which has a number of pages dedicated to her brother. There, she recounts the story of Phil being attacked while traveling in Dar es Salaam, Tanzania, and suffering damage to his singing ability. After that, she writes, "This event seemed to send him on a downward spiral."

Still, Ochs remained engaged in many social issues, including the political situation in Chile at the time. He also continued to record and perform music, even reinventing himself in the vein of contemporary country artists and Elvis Presley. In 1975, he released the album, "Gunfight at Carnegie Hall," recorded from a live performance there.

He eventually moved in with Sonny, and, experiencing bipolar disorder as well as alcohol and drug addictions, Ochs committed suicide on April 9, 1976 at the age of 35.

Ochs’ music was born during a turbulent time in our nation’s history, much like what we’re living through today. And he seemed to internalize that chaos in his own life, mourning what he saw as the loss of America’s potential. His life may have been fleeting and cut short, but his music continues to live on through the recordings of other artists like We Banjo 3, Joan Baez, and Neil Young. His songs from the days of the '60s and '70s stay with us because they speak to our days as well.