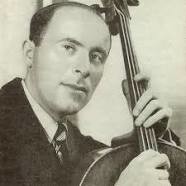 The celebrated Austrian cellist Emanuel Feuermann didn’t care for recording, so he probably came into the Columbia session with a bad attitude, and the effort to make a record of Haydn’s Concerto in D went awry from the start.

It was November 1935. The conductor was Malcolm Sargent who was businesslike and accustomed to being in control. There would be a rehearsal, a break, and then the recording session.

At the end of the introduction Sargent cued Feuermann, but the cellist just sat there. Sargent gave him an inquiring look, went back several phrases, and took another pass at the entrance for the solo. Again the cellist declined to play.

This time Sargent had to ask what was going on. “Anything wrong, Mr. Feuermann?”

The cellist replied, “Aren’t you going to tune the orchestra?”

The oboist gave the A and the orchestra joined in with a token tuning.

Sargent began again. Again Feuermann declined to enter. “They are not in tune,” he insisted. He played a loud A on his cello. The oboe joined in and the rest followed. They began the concerto yet again and yet again Feuermann refused to enter.

“Have the violins play a D major scale,” he said.

This time it was Sargent who declined to respond. Feuermann started playing the scale himself.

Columbia producers motioned to Sargent that they were eager to get on with it. He relented, said “Everyone,” and made a motion with his baton.  Now the musicians held back, feeling that they had been insulted.

Then a single flutist began the scale. The concertmaster joined in and a few others, then the rest, perhaps realizing that no recording meant no pay and no more work for Columbia.

They got through it. But the orchestra’s playing suffered, and the recording became a memento of the tug of war between a proud soloist and a proud conductor.