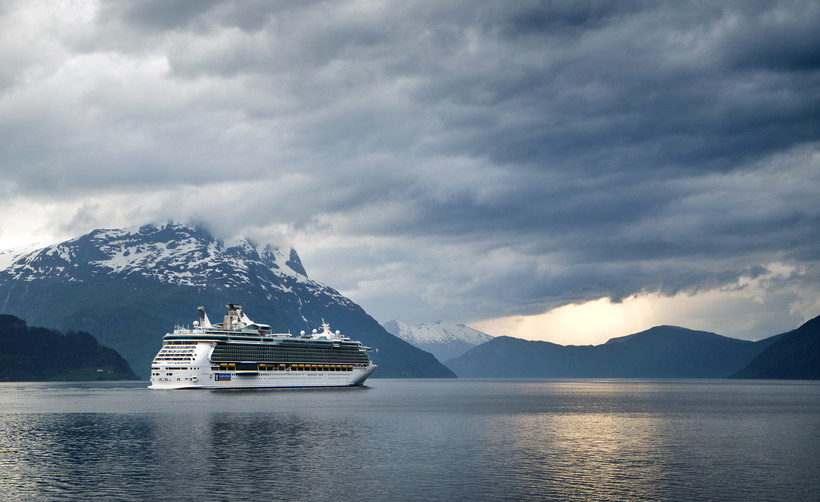 Trying Not To Ruin The World By Visiting It

When the Cold War ended and the Berlin Wall fell, the implications for worldwide tourism probably weren't top of mind for most people. But according to journalist Elizabeth Becker, that was the first step toward a world where if you can travel, there's a good chance it's overrun with tourists.

"For the very first time, probably in history — all of the borders for the countries of the world were open to travel," said Becker, speaking to Charles Monroe-Kane for "To the Best of Our Knowledge." "Just think of that. Half of the countries that we couldn't travel to before were now open. So everybody could travel everywhere."

Travel only got more pervasive from there. Transportation got cheaper and started going further. Today, you can take a direct flight nearly halfway around the world.

The internet made it easier to plan and book travel all over the globe.

And massive growth of the middle class — especially in China — meant a boom in the population of people who now had both the interest and the means to travel the world, one five-day vacation at a time.

Becker, the author of "Overbooked: The Exploding Business of Travel and Tourism," believes modern travelers have to start doing more work to consider the impact their trips might have on the people who actually live in places like Venice in Italy or the Lofoten Islands in Norway.

Becker breaks down how we got to this moment in global tourism, and how we might nudge nations, companies, and ourselves to become more responsible travelers.

These interview highlights have been edited for clarity and length.

Tech platforms like Airbnb have made over-tourism a business model.

Elizabeth Becker: Airbnb is a big problem because they disrupt. They ignore zoning laws. The disruptors don't care. If your city is not on top of it, pretty soon you're going to have a parade of strangers.

And within a year or two, maybe another house on the block will do that. The point being that if you don't watch it, your communities are going to disappear and you're going to be one- night-stands, essentially.

That's what happened to Barcelona. The mayor is the first major politician in Europe who won her election on trying to control tourism. But as you know in the United States, mayors have just so much power. So in Barcelona she closes down an illegal Airbnb every single day and she's (scratching) the surface.

EB: Once you give your city over to the tourism industry, rather than protecting your locals from it, rents go up. Real estate goes up. And the outside industry wants to turn as much of the city as possible into a tourism Mecca. So the locals can't afford to rent or buy. They leave.

Beautiful places are not built for the amount of people who want to visit them.

EB: In the Lofoten Islands, there's a village called Uttakleiv with a beach so outstanding National Geographic called it "one of the most romantic in the world." So the people of this little village of Uttakleiv — population 13 — are now being invaded by 250,000 tourists on that little beach every year, mostly in the summer. 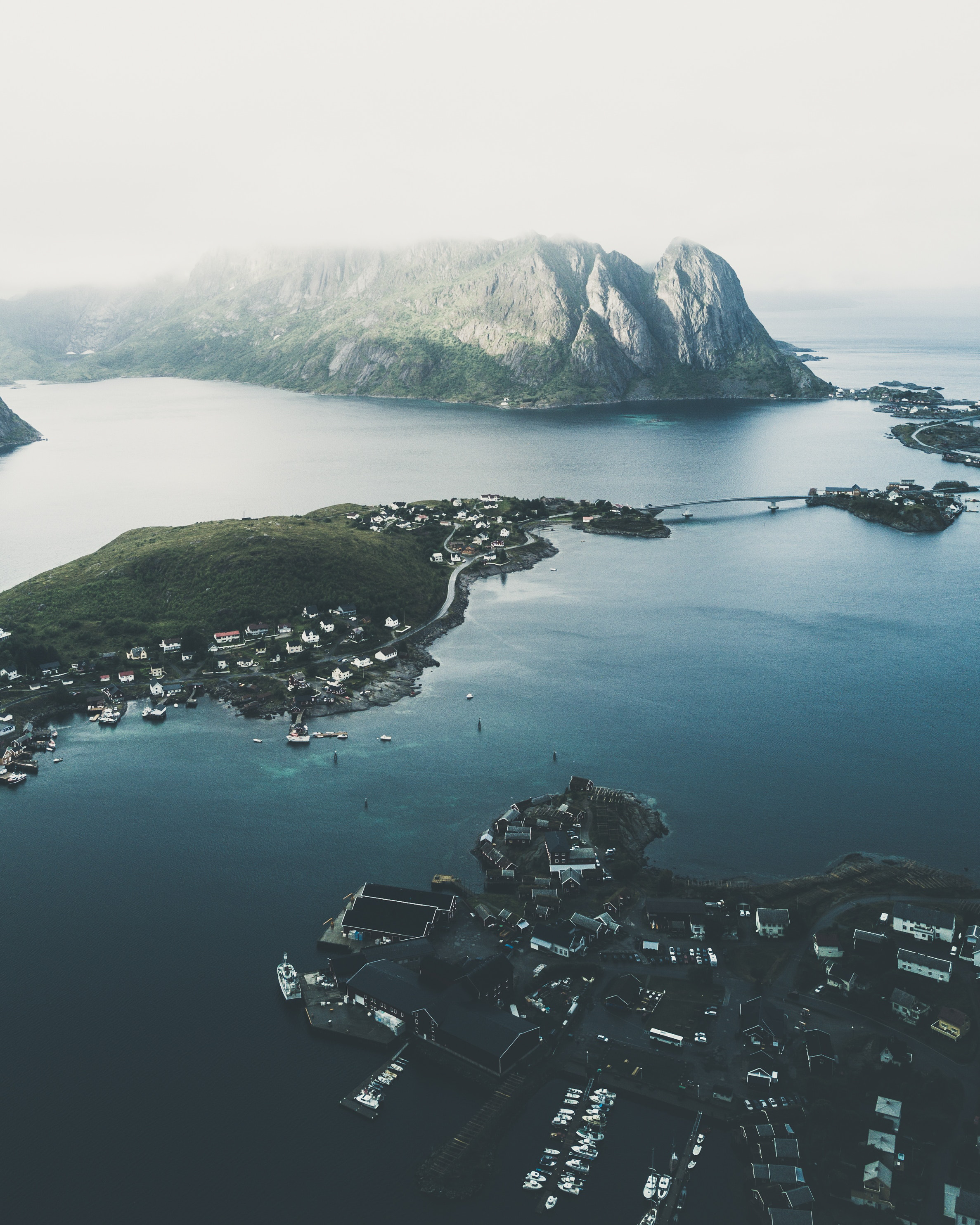 The Lofoten islands in Norway. A reputation for beautiful, romantic beaches has led to the small islands being overrun with tourists. Taneli Lahtinen (CC0)

And because Norway is Norway — very open, very democratic — they still follow a 13th-century law called "right to roam," which means a king declared that all people can just go anywhere that's not owned or inhabited.

This turned into a stampede throughout the beautiful wilderness of Norway that is driving people crazy. The litter on this one island is 8,000 liters a weekend. When someone gets ill, this little island has to transport them by helicopter to a clinic and pay the bills. When something gets trashed, they have to pick it up. They have to pay for Porta Potties that people will ignore.

Fancy European travel companies make (tourists) pay hundreds of dollars a night to put up a tent, but none of that goes to the community.

I'm used to going places where there are too many tourists that are ruining spots in European cities, or great monuments like the temples of Angkor. But this beautiful, gorgeous, remote island beach was a stunner, and it just brought home to me that we human beings have to realize we can't just go wherever we want and pay no attention to the consequences.

Traveling on a cruise ship means the mess is even more mobile.

EB: What happens when those crowds get out in a place like Alaska or Croatia? That's what's called "drive-by tourism," where thousands and thousands will just descend on someplace like locusts.

In Dubrovnik, Croatia, the mayor couldn't convince the cruise ships that they were being irresponsible, that (the city) couldn't handle all the tourists. So for a while he banned them until they agreed to stagger the arrivals and to reduce the number of ships.

It's a problem that unfortunately locals often have no control over. When the cruise ships come, all of a sudden the docks have strange shops on them, like Diamonds International and all these things that have nothing to do with Alaska.

The only way to deal with over-tourism is by regulating it. But regulating tourism doesn't mean ending tourism.

EB: This is an industry. So what do you ask of an industry? We want to make sure that your industry is integrated into our community, and that you are actually benefiting us, that we're actually making money from you, and you're following our rules. And then if you have to do so, make some new rules.

This is the mystique of tourism. Somehow, it's far more emotional when you're talking about a new pipeline across Canada. Then you know what the issues are and you know who's on each side. With tourism, there are too many points. There are the tourists themselves, who say you're being elitist snobs if you're not letting us all in. And then there's industry saying they're responsible for X number of jobs and X amount of money coming into your community.

That's when the community has to say, "Whoa, let's check this out. Really?" And whenever they do that, they discover that's not the case. A lot more of that money is going out (of the community).

You can visit new places without ruining them — just do so responsibly.

Elizabeth Becker has six rules to follow if you want to be a responsible traveler.

This piece is part of an hour-long episode of "To The Best Of Our Knowledge" on how to be an ethical traveler, produced in partnership with AFAR Magazine.

Editor's note: This article has been updated to state litter on one of the Lofoten Islands of Norway reaches 8,000 liters a weekend.