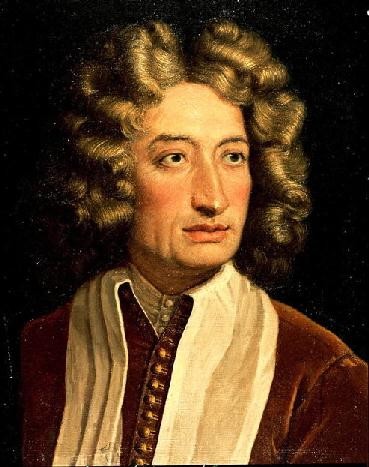 Truth or legend?  Either way, one story about Archangelo Corelli has come down from generation to generation, from Corelli’s time to our own. The story takes place about 1709, when Corelli was at the height of his reputation as a composer and a violinist.  It goes like this.

The King of Naples invited Corelli to come and perform for him.  Supposedly Corelli was fearful and reluctant but finally was convinced to come from Rome to Naples to perform for the king.  Although he was nervous because there wasn’t time to rehearse the members of the king’s orchestra, Corelli agreed to perform one of his concertos with them.  He was stunned when the king’s players read his concerto at sight almost as well as his own ensemble did after many rehearsals.

Next he was cajoled into playing one of his violin sonatas for the king, who found the slow movement too long and drab and left before it was over. Then Corelli was asked to lead in the king’s presence a performance of a masque by Alessandro Scarlatti.  Corelli found Scarlatti’s violin part awkward and difficult.  He stumbled on a high F and was shaken to hear the king’s violinists carry the note gracefully. After that they were to perform a song in C Minor.  Corelli began in C Major.  “Start over,” Scarlatti said cheerfully but Corelli went on in C Major until Scarlatti raised his voice and got him to play in the right key.

The eighteenth-century English music historian Charles Burney tells the end of the story:  “So mortified was poor Corelli with this disgrace and the general bad figure he imagined he had made at Naples, that he stole back to Rome in silence.”

True or false, the story implies that in a time of cutthroat competition among musicians, someone played a trick on one of the greatest--Archangelo Corelli.