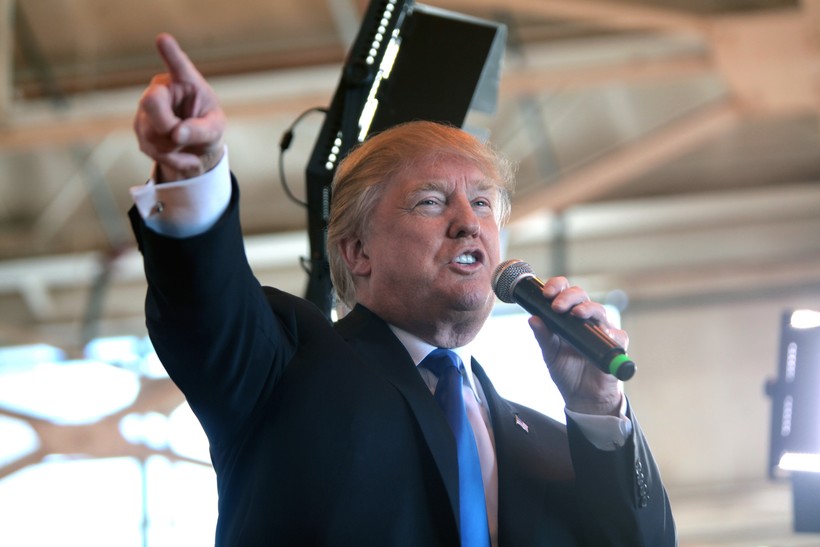 Republican presidential frontrunner Donald Trump made the rounds with conservative talk radio hosts in Wisconsin Monday, where he was admonished for donating to Democrats and attacking Ted Cruz's wife.

During an interview on WTMJ Radio in Milwaukee, host Charlie Sykes invited Trump to apologize for posting an unflattering picture of Ted Cruz's wife Heidi and suggested that Trump should give a speech declaring that insults over candidate's wives are off limits.

"People in Wisconsin will love that, Mr. Trump," said Sykes.

"I don't mind that at all, I think it's great," Trump responded. "Who wouldn't agree to that?"

Like other conservative talkers in Wisconsin, Sykes has been an outspoken opponent of Trump this election cycle. Trump told the host he didn't realize that.

Sykes also blasted Trump for donating to Democrats, to which Trump responded that it was common for businessmen to give to members of both parties.

You can listen to the full Charlie Sykes interview here: