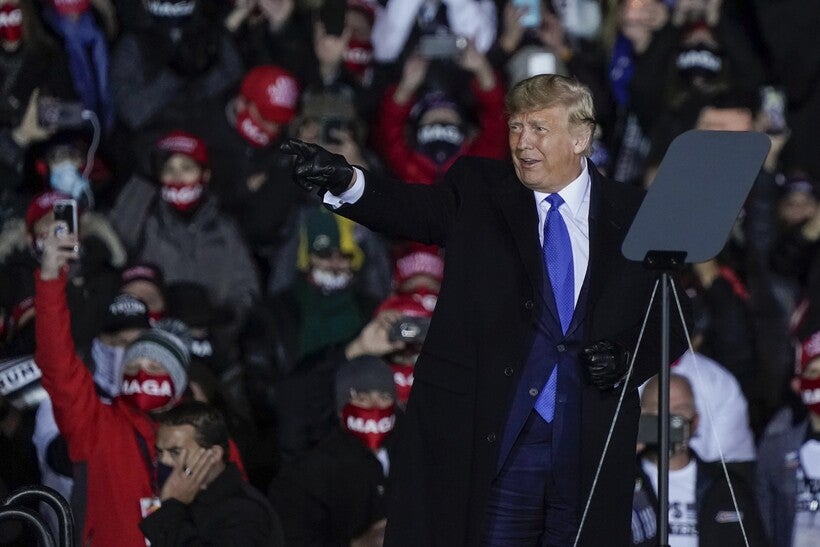 The state Supreme Court rejected the campaign's lawsuit in a 4-3 vote, ruling that President Donald Trump should have challenged Wisconsin's rules prior to the November election if he had problems with them.

"Regrettably, the Wisconsin Supreme Court, in their 4-3 decision, refused to address the merits of our claim," said Jim Troupis, Trump's lead Wisconsin attorney. "This 'Cert Petition' asks them to address our claims, which, if allowed, would change the outcome of the election in Wisconsin.”

Troupis highlighted that three conservative members of the state Supreme Court, including Chief Justice Pat Roggensack, dissented from the majority. In doing so, they voiced criticism of fellow conservative Brian Hagedorn, who sided with liberal justices in the 4-3 decision.

The ruling came hours before the state's electors were set to cast their votes for President-elect Joe Biden.

The campaign's filing only challenges absentee votes cast in Dane and Milwaukee counties, which are Democratic strongholds in Wisconsin. In its petition, the Trump campaign is challenging around 28,000 ballots from voters who said they were "indefinitely confined." That allows them to vote absentee without providing a copy of a photo ID.

In addition, they're challenging 17,271 ballots collected at "Democracy in the Park" events that were sponsored by the city of Madison. Those events were frowned on by Republicans, but GOP lawmakers didn't challenge them in court.

The Trump campaign also wants to strike 4,469 absentee ballots where clerks added information to a witness address on envelopes. The Wisconsin Election Commission required clerks to take such measures under guidance issued in 2016.

The state Supreme Court rejected four post-election challenges this month brought by the Trump campaign or his allies.

The Trump campaign and others have lost dozens of cases challenging the election results in multiple states.