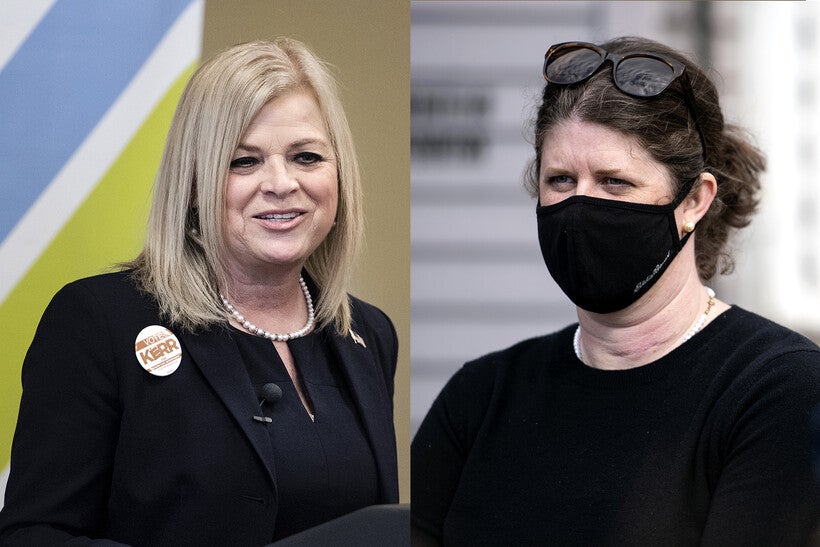 State superintendent candidate Deborah Kerr said she would support policies that would bar transgender athletes from joining school sports teams that align with their gender identity.

Kerr said as a longtime athlete herself, she would not want to play against trans women or girls. She said she would support trans athletes participating on coed teams.

"I want to play against other biological women and girls. I don't think it's fair to have competition that does otherwise," she said. "I know that many parents are concerned about this kind of thinking — they want their girls participating against other girls, and it has nothing to do with transphobia."

Experts caution against using the qualifier "biological" when talking about gender assigned at birth, because the biology of sex is more complicated than the binary of male and female.

Several states have recently passed laws banning transgender athletes from sports teams. Kerr, a former superintendent of the Brown Deer school district, and her opponent Jill Underly, superintendent of the Pecatonica Area School District, were asked about Wisconsin's and other states' bills at a Thursday virtual luncheon hosted by the Milwaukee Press Club.

Underly said she would not support the bill, and believes trans children should be able to play on teams that align with their gender identity.

Kerr pushed back, saying she thinks students should be accepted and taken care of, and that kids should be able to feel a sense of belonging in schools. She said students at Brown Deer were able to use whatever bathroom they wanted.

"We joyfully accepted kids as they were," she said. "I do realize that there's a need for kids to be themselves and participate in as many school activities as possible, but I want to make sure it's done fairly."

It's unlikely Wisconsin will pass a law banning students from playing on sports teams aligning with their gender identity, as Gov. Tony Evers has said he would veto such bills if they made it to his desk.

However, it's already difficult for transgender girls to participate in K-12 sports in Wisconsin, co-executive director of an advocacy group for LGBTQ youth Brian Juchems told WPR in March.

The Wisconsin Interscholastic Athletic Association (WIAA) already has a policy that states transgender girls have to receive hormone replacement therapy for at least a year, have a signature from a doctor and parental consent before competing on a girls' team.