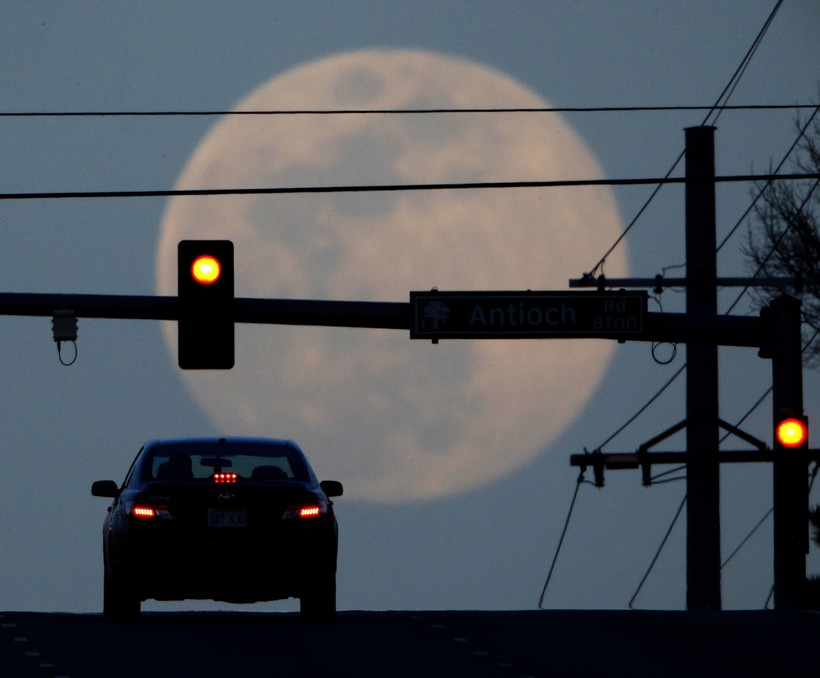 Wisconsin has seen traffic fatalities rise for two years in a row, and preliminary data show the state has had more traffic deaths in 2022 than it had at this time last year.

As of Feb. 20, 65 people died in traffic crashes across the state in 2022, according to preliminary state data. That's compared to 54 deaths at this time in 2021. Last year's total of 601 traffic deaths was tied for the state's highest yearly death toll in 14 years.

The issue of reckless driving has gotten the most attention in Milwaukee, which saw a striking increase in deaths in 2020 and still-high deaths in 2021. It's been a central issue in the city’s mayoral election and for its City Council.

But experts who monitor state traffic data said the increase in unsafe driving in the last two years is a statewide issue by multiple measures including but not limited to traffic deaths. In some places, serious injury crashes are up. And in multiple cities, crashes involving pedestrians have risen.

Andrea Bill, assistant director of the Traffic Operations and Safety Laboratory at the University of Wisconsin-Madison, which analyzes state traffic data, said people in all regions of the state are speeding more.

Researchers first tracked an increase in speeding when the pandemic shutdowns in early 2020 caused dramatic reductions in the number of cars on the road. By mid-2021, Bill said, volume in Wisconsin was nearly back to pre-pandemic levels — but average speeds hadn't come down.

"What I thought would happen was that when the traffic came back to normal, we would see the speeds go back down to where they were before 2020," Bill said. "And we did not see that in 2021."

And the increases in traffic deaths in the last two years have been distributed all over the state. According to WPR's analysis of state data, 11 counties in Wisconsin saw traffic fatalities increase in 2020 and 2021 by at least two deaths per year over the three-year averages prior to the pandemic. They include urban Milwaukee and Dane counties — but also areas with much smaller cities, such as Eau Claire and Rock counties, and even rural areas such as Sawyer and Waushara counties.

"No community is untouched from traffic safety," said Michael Schwendau, the program and policy chief of the Wisconsin Department of Transportation's Bureau of Traffic Safety. "Whether it's impaired driving, teen driving, motorcyclists doing those rallies in the summer, they see it."

The increase in deaths is not the only measure showing the increase in unsafe driving. Some counties that saw a decrease in fatal crashes from 2020 to 2021, Schwendau said, saw an increase in the number of crashes that resulted in serious injuries. That could reflect the fact that more people have newer cars with better safety features rather than safer driving practices.

Milwaukee has ramped up a driver's education program for teens, and a proposal from acting Mayor Cavalier Johnson would improve roads and add bike lanes there. Starting May 1, the city will be able to seize unregistered vehicles pulled over for reckless driving charges.

In Madison, the city has lowered speed limits on some major roads.

But even a survey of news reports from this month demonstrates that the problem is not limited to Milwaukee and Madison:

And it's not an issue that’s limited to Wisconsin. Pedestrian deaths from reckless driving have soared nationally, and preliminary data from the National Highway Traffic Safety Administration released this month indicate that fatalities rose at a record rate through the first nine months of 2021.

Officials' recommendations for safe driving are fairly simple: Slow down, don't drive after drinking too much alcohol or taking drugs, don't look at your phone when you're behind the wheel.

Getting people to listen to that advice is more complicated.

"It blows my mind that we have people who are just continuously speeding," Bill said. "They don't realize (that) when they're traveling faster, they're really putting everybody's life in danger."