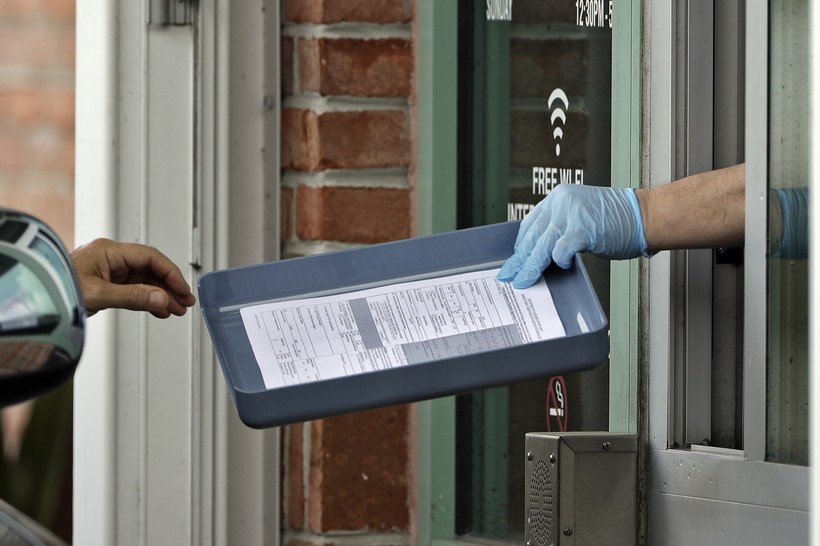 Hundreds Of Thousands Of Wisconsinites Scramble To Pay Bills After Layoffs Related To COVID-19
By Rich Kremer
Share:

Holly Meyers of Madison has been unemployed for more than a month.

The full-time hairdresser and artist said the salon she works at decided to close two days before Gov. Tony Evers' "Safer at Home" order shuttered all non-essential businesses March 25. But even before they notified clients and cleaned out their stations, Meyers said she was feeling anxious about working in direct contact with people as the number of COVID-19 cases grew in Madison.

Meyers said living through a pandemic has her "feeling like a zombie." 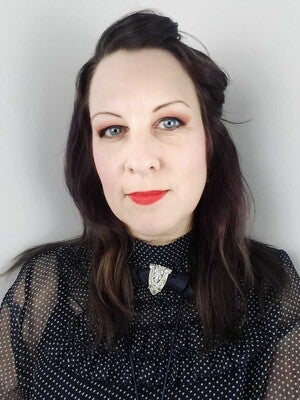 Holly Meyers of Madison has been unemployed for more than a month. The full-time hairdresser and artist said the salon she works at decided to close two days before Gov. Tony Evers' "Safer at Home" order. Photo courtesy of Holly Meyers

"It was really emotional," she said. "It was a little bit of (a) shock because everything just feels so surreal that in 2020 we're dealing with a pandemic."

The toll on Wisconsin's economy from the novel coronavirus and the state's social distancing orders hasn't yet been reflected in monthly unemployment statistics. But state estimates suggest hundreds of thousands of residents are out of work and negotiating an overloaded unemployment system.

Meyers is one of those Wisconsinites.

Around three weeks after filing for unemployment she said she got her first check for $314. Meyers said she hasn't gotten an additional $600 in federal unemployment benefits promised by the federal CARES act. Meyers said the money she has received helps but it doesn't come close to what she made before the virus hit.

"Honestly, these are the things that we have to think about right now is what can I not pay? And what can I pay?" said Meyers. "And it's taken a while for even utilities and government to kind of come in and be like, 'Hey ... here's some resources or here's some ideas."

Before COVID-19, Lee said she was able to make that on a single Thursday night. 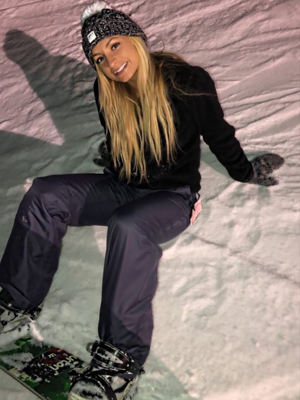 The bar Tilden resident Jillian Lee works at has transitioned to preparing orders to-go. She considers herself lucky to still be working amid record unemployment rates due to COVID-19. Photo courtesy of Jillian Lee

On the outskirts of the Chippewa County town of Tilden, Jillian Lee considers herself lucky. After the bar she worked at as a server closed, she was able to transition to the kitchen helping prepare to-go food orders. Lee said the local community has rallied behind the establishment and orders have spiked. Still, she said she's only taking home around $100 per week.

Lee said she and her partner have been saving to buy a house. But after he was laid off from a job as an auto mechanic, she said they've been forced to dip into money set aside for a down payment.

"This is something that we have looked forward to for literally years, like at least three years now," Lee said. "We've been working on this and just now it's like, 'Oh, this is may not happen.'"

Jana Plotkin of Milwaukee applied for unemployment after getting a call March 16 telling her the brewpub she worked at was closing due to the spread of the new coronavirus. As a full-time student at UW-Milwaukee pursuing certifications in forensic science, she said she usually worked around 30 hours a week to help pay tuition and other bills.

Even before the brewpub closed, Plotkin said she noticed fewer and fewer customers coming in. All the while, she was growing anxious because a medication she takes for Crohn's disease leaves her more at risk for viral infections.

"I'm immune compromised," said Plotkin. "So when I heard about the virus, you know — and also having a strong science background — I'm almost too informed on some of these things. So, I started getting nervous for my own health."

Plotkin applied for unemployment and is now getting around $358 a week. She said her boyfriend is still working full time as a firefighter and the two of them are able to pay the bills. Plotkin said she envies him for still being able to work and maintain a regular schedule.

"I miss the normalcy of being busy and having a purpose, an everyday purpose," Plotkin said. "That's the thing I miss the most."

Although the state Department of Workforce Development has estimated unemployment could peak at around 27 percent, the official unemployment rate for March was 3.4 percent. The agency said that's because the timing of its monthly survey pre-dated the COVID-19 outbreak in Wisconsin.

The organization has set up shop at the Alliant Energy Center in Madison, where dozens or workers regularly fill up boxes of dry and canned goods to be shipped across Second Harvest’s 16-county service area in southern and southwestern Wisconsin.

Orge said the spike in demand has come in waves. The first followed the closure of the state's public schools. The second wave followed the mass closure of non-essential businesses.

On top of a doubling demand, she said food supply chains are falling apart. Orge said that means staff are working much harder to find enough product to supply the increased demand.