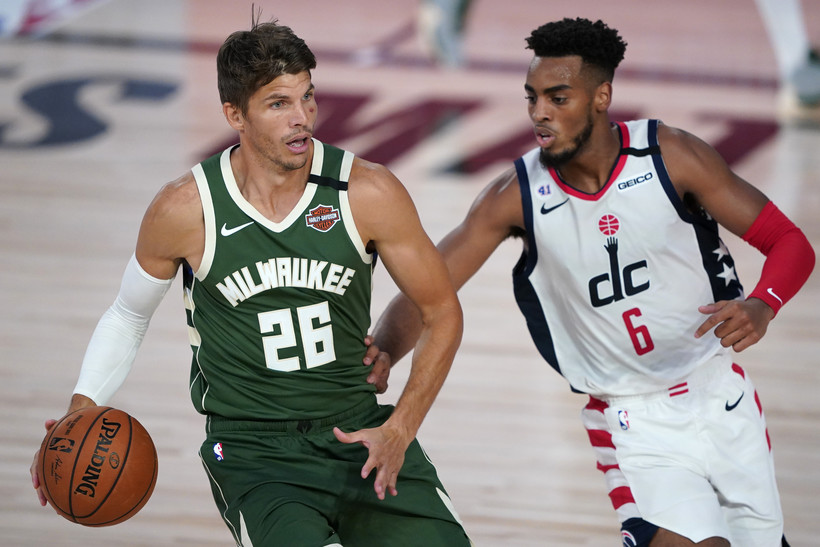 Bucks Will Face Orlando Magic In The 1st Round
By Megan Hart
Share:

Before it was derailed by the coronavirus pandemic, this was shaping up to be a special summer in southeast Wisconsin.

But he believes one feature of the playoffs will be the same in the bubble: The better team will prevail. Last year, the Bucks lost to the Toronto Raptors in the Eastern Conference Finals.

"I think we have a hungry group," said Korver, who's in his 17th NBA season, but has never won a title.

Power forward Marvin Williams, a 15-year veteran of the league, said he’s not quite sure how it will feel to play postseason basketball at a neutral site.

"I think home court advantage as you come into the postseason is such a big deal," he said. "To be able to play in front of your home fans, they make the atmosphere so difficult for the opposing team to get out there and get a win."

Still, Williams said he feels the sense of urgency that comes with playoff basketball.

The Bucks are considered heavy favorites to get past the Orlando Magic in the first round, despite a lackluster performance to close out the regular season. After a four-month layoff during the pandemic, Milwaukee went 3-5 in its seating games.

The team hasn’t really been itself since it entered the bubble, Williams said. Over the last few days, the Bucks have watched a lot of film and had some good practices, he added.

Milwaukee wrapped up its regular season Thursday with a loss to the Memphis Grizzlies. Reigning MVP Giannis Antetokounmpo missed the game, serving a suspension after headbutting an opposing player in frustration the game before.

Orlando struggled with injuries this season, and the bubble hasn’t been any kinder to the Magic. They’re expected to be missing several key players Tuesday afternoon.

The Raptors and the Boston Celtics are considered Milwaukee’s biggest competition to come out of the Eastern Conference. The Lakers and the Clippers, both from Los Angeles, are considered favorites in the West.

Though the coronavirus pandemic threw a wrench in the season, the NBA playoffs are scheduled to follow their standard format. The Bucks will need to win four best-of-seven series to take the title.

Here’s the schedule for the first round against the Magic: