A sign for the Democratic National Convention hangs outside the Wisconsin Center on Thursday, Aug. 13, 2020, in Milwaukee. Angela Major/WPR

2020 hasn't turned out like anyone expected, and communities across the country are struggling. But for the city of Milwaukee, the list of disappointments seems especially long. This was supposed to be the week when tens of thousands of people descended on Milwaukee for the Democratic National Convention. But the city's hopes of a monumental summer were dashed by the coronavirus.

And it's not just the DNC — major sporting events like NBA playoff games and the Ryder cup golf tournament have been moved or delayed. Staples like Summerfest were canceled. And at the Wisconsin State Fairgrounds, people have been reduced to waiting hours in line for takeout fried food and cream puffs. 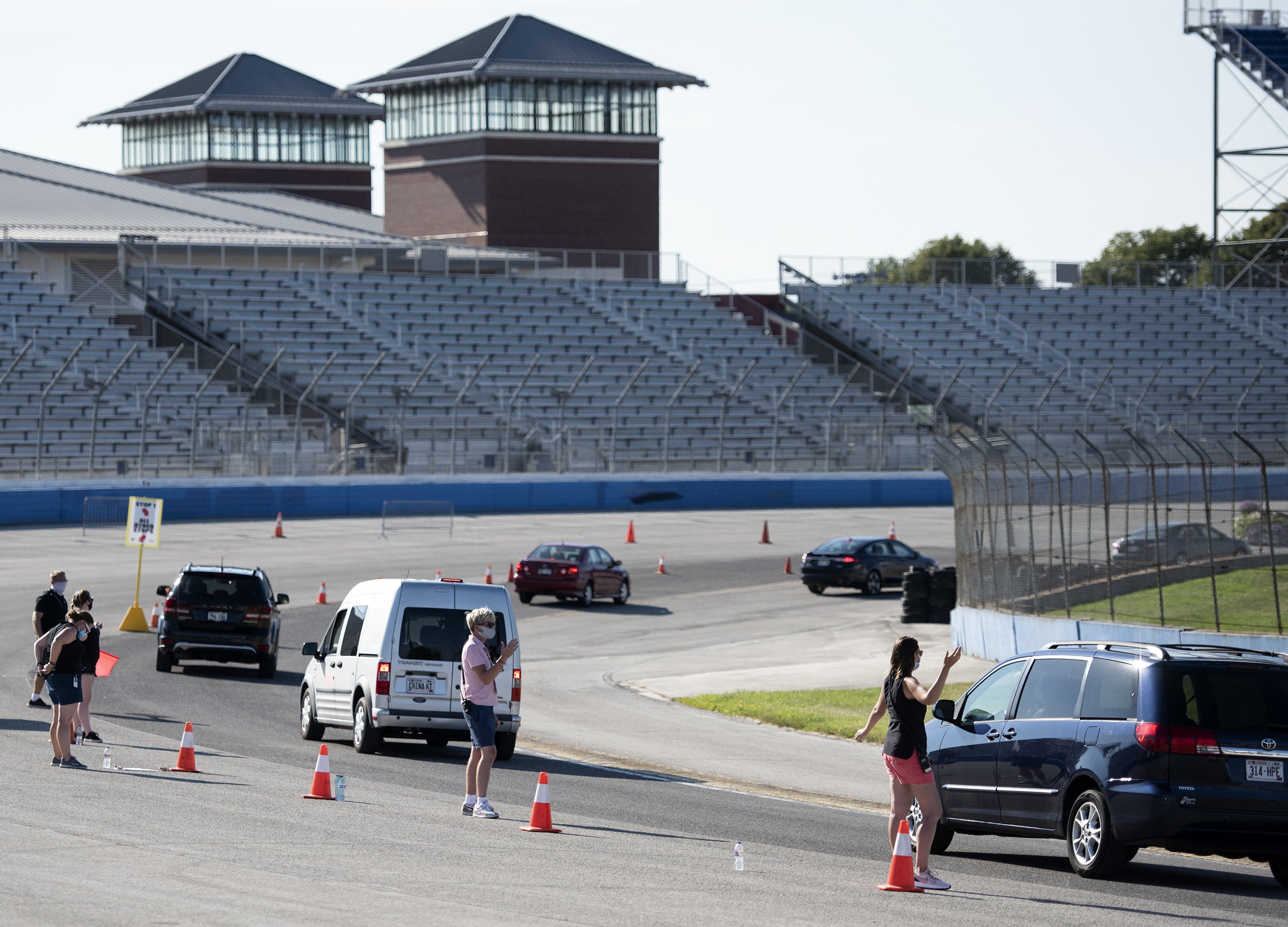 Attendees stay in their cars as they are directed to food vendors on the Milwaukee Mile Speedway on Thursday, Aug. 13, 2020, at the Wisconsin State Fair Park. Angela Major/WPR

Bob and Kari Gundrum, of Butler, waited for cream puffs last week, lamenting what the fair and the summer could have been.

"We were looking around here —  with the weather, it would have been amazing attendance down here," Bob Gundrum said. "We love coming every year. It’s one of the highlights of our year. It’s just awful this place is empty right now.”

Rick Blaine usually works at the fair but this year he has been helping with the carry-out orders. He said the loss of the DNC has been a particularly hard blow for the city.

"We were rewarded it, but I think we got ripped off," Blaine said. "I thought it would have been really good for the city. It is what it is."

Milwaukee has much to offer. A growing downtown skyline, premier universities, safe and affordable neighborhoods and, of course, Lake Michigan. Still, for decades, the city has had a bit of an inferiority complex.

But that was beginning to change. The Milwaukee Bucks were winning. And in early 2019, the city beat Houston and Miami to host the DNC.

The convention would have drawn an estimated 50,000 people to Milwaukee, including 15,000 members of the media from around the world. It was also expected to have an economic impact of $200 million.

"I wanted to show off our city," said longtime Milwaukee Mayor Tom Barrett. "I wanted the world to know Milwaukee's story. I wanted local businesses to enjoy an economic boost. And obviously those opportunities are not going to occur."

The DNC was postponed a month due to the COVID-19 pandemic. Then it was significantly scaled back to a mostly virtual format, and eventually the news came that former Vice President Joe Biden would not come to Milwaukee to accept the presidential nomination.

Milwaukee’s downtown convention center will feature speakers this week, but they’ll be Wisconsin Democrats residents are used to hearing from, like Milwaukee Mayor Tom Barrett and Gov. Tony Evers.

For Barrett, who has been mayor since 2004, the changes were a disappointment both personally and professionally.

"I wanted to show off our city," Barrett said. "I wanted the world to know Milwaukee's story. I wanted local businesses to enjoy an economic boost. And obviously those opportunities are not going to occur." 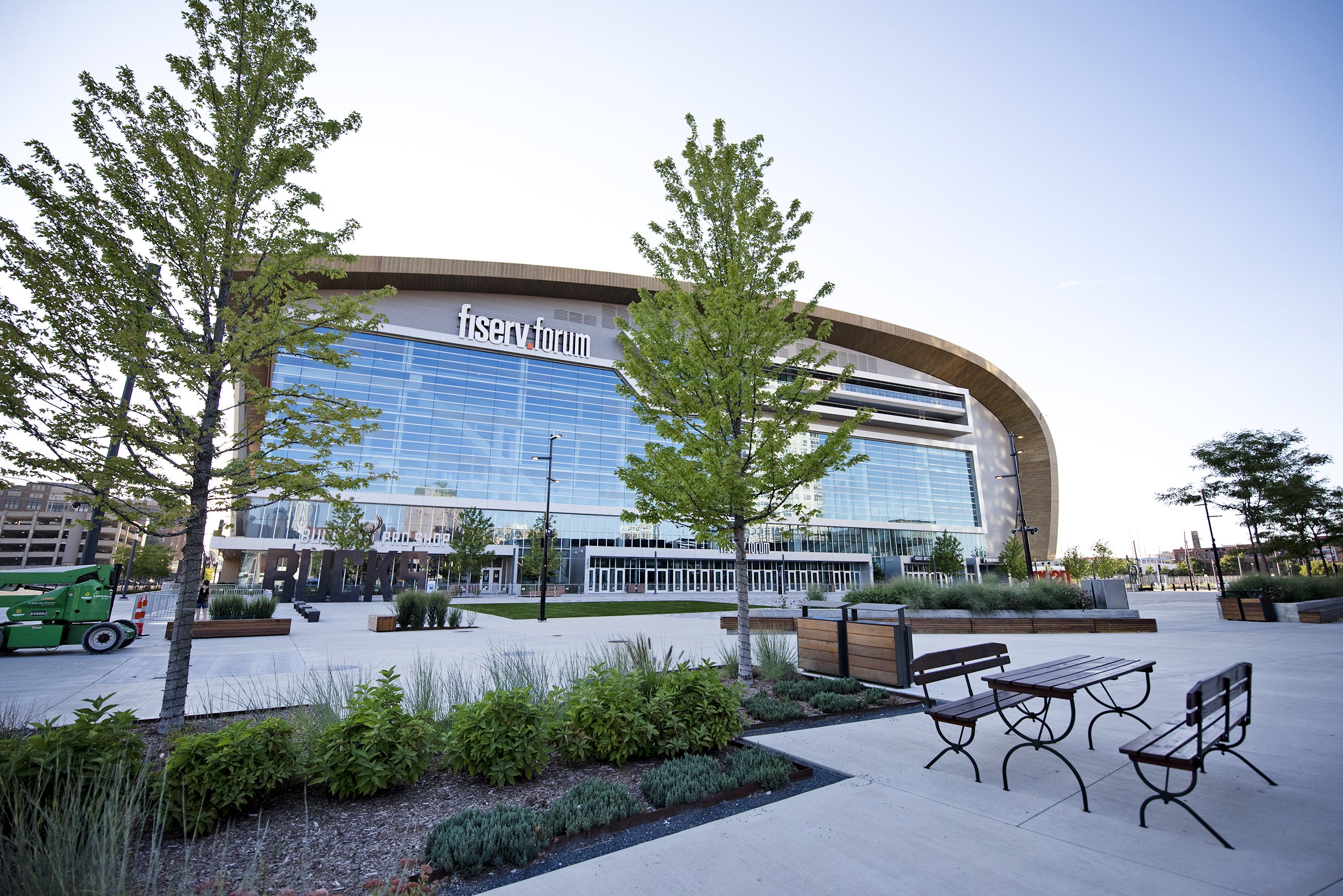 The Fiserv Forum was supposed to be the site of this year’s Democratic National Convention. Angela Major/WPR

This was supposed to be a showcase summer — For the new Fiserv Forum basketball arena where the convention was to be held. For all the new restaurants that have opened nearby. For the city's increasingly buzzing downtown.

The Bucks were expected to vie for their first NBA championship since 1971 at Fiserv in June. Instead, the NBA suspended its season in March and the team is now playing in Orlando.

Next month, Kohler, just north of Milwaukee, would have hosted the Ryder Cup, drawing golf enthusiasts from around the world. That has been postponed a year.

Alex Lasry, senior vice president of the Bucks, was part of the effort to bring the DNC to Milwaukee. Given the realities of the coronavirus, he said Democratic officials made the right call not to come to Milwaukee. But the outcome isn’t good for the city.

"The reason this was such a big opportunity is these kinds of summers and years don’t come around very often," Lasry said. "Bucks' deep playoff run, the convention, state fair, Summerfest, Ryder Cup. Having all of that coming within a three or four month span."

Lasry, who grew up in New York, moved to Milwaukee having never been to the city after his father, Marc Lasry, purchased the Bucks in 2014.

He said he wants people to know Milwaukee can compete with cities like Houston, Miami, Austin, Denver and Chicago.

"By winning the bid, that’s what we were able to show," Lasry said. "And I hope it continues to allow us to be ambitious as a city." 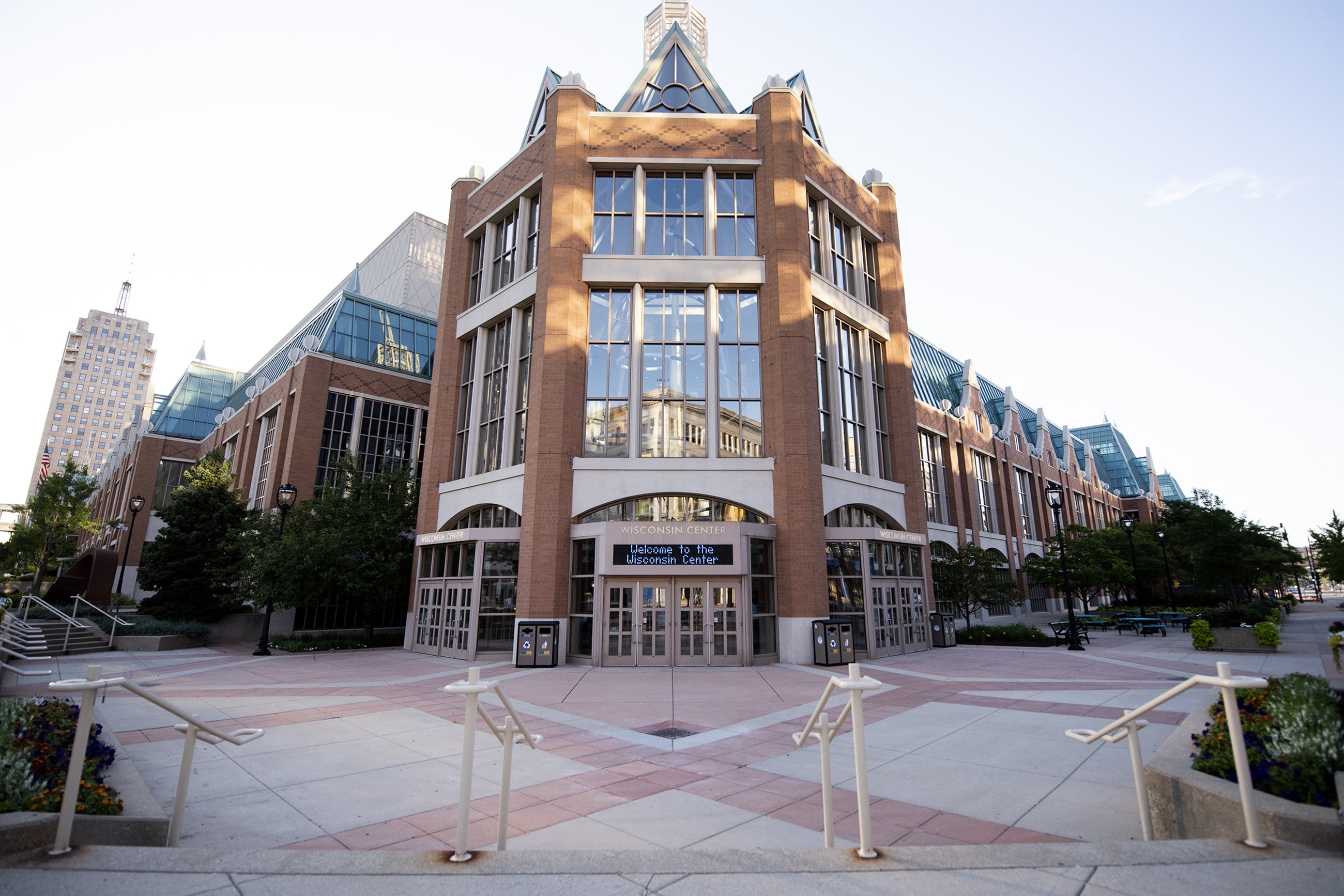 Marty Brooks heads the Wisconsin Center, the convention center where the DNC was moved once organizers realized the Fiserv Forum was going to be too large.

Brooks said the fact Milwaukee has winning sports teams and was picked to host the DNC gives the city momentum to bounce back after the pandemic. He hopes the city’s leaders aren’t soured on going after national events in the future.

"We’ve handled this as best as any city could have in regards of all the changes that have been thrown at us in the last couple months," Brooks said. "I've lived in places where the cities had this 'Oh poor us' mentalities and that becomes very destructive."

Barrett, the long-serving mayor, said he has been asked a lot about trying to land another convention in 2024, but he said it’s too early to think about.

"We are focused on getting the economy back on track and solving the public health challenges, dealing with the racial challenges," Barrett said. "That’s where our focus needs to be and that’s where it is."

Still, Milwaukee residents are left ruing the missed opportunities and thinking about the summer that could have been.