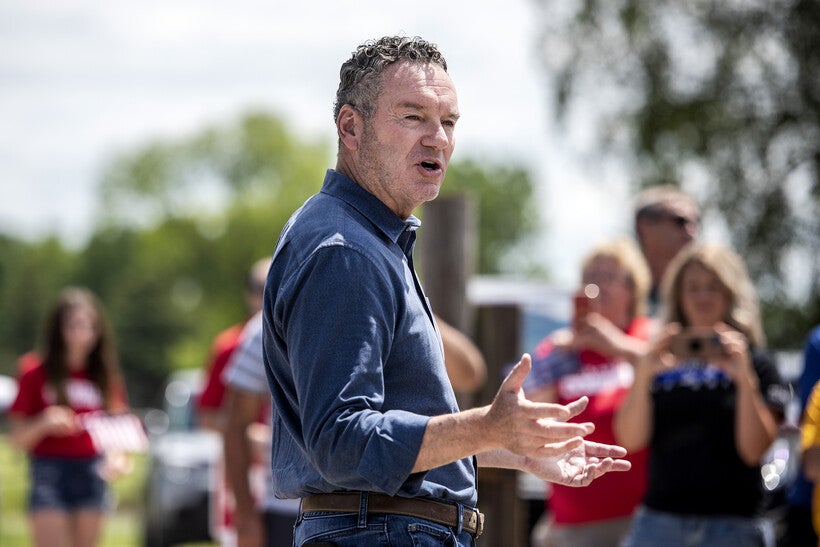 Tim Michels says he's 'not against contraception,' including Plan B morning-after pill

During a Wednesday campaign rally at B&B Electric in Eau Claire, Michels drew applause and a shout of "Praise the Lord!" after proclaiming he and his wife are pro-life Christians who will protect the unborn.

After his stump speech, Wisconsin Public Radio asked Michels about contraceptives, including the emergency contraceptive pill Plan B.

"I am against abortion," Michels said. "I am not against contraception. So there's a big distinction there."

According to the Milwaukee Journal Sentinel, Michels took a different tack during a previous campaign event, telling an attendee who asked about "abortion pills passed off as contraception" that he would make them illegal. The article states Michels' campaign spokesperson said he was not talking about Plan B.

According to the latest Marquette University Law School poll, former Lt. Gov. Rebecca Kleefisch, who is essentially tied with Michels in the Republican gubernatorial primary race, has said Plan B and other contraception options "will not be illegal when I am governor of the state of Wisconsin."

The issue of abortion has played prominently in Republican and Democratic campaigns for decades. But in the wake of the Supreme Court's June 24 ruling overturning federal abortion protections, Wisconsin candidates are facing a new set of more specific questions on the matter.

With Roe gone, an 1849 abortion ban is now in effect in the Badger State, making the procedure illegal unless deemed medically necessary to save a patient's life. Those performing abortions outside those exceptions could face felony charges punishable by up to six years in prison and a fine of up to $10,000.

After his speech in Eau Claire, Michels said the 1849 ban "mirrors my position on abortion."

"I am pro-life," said Michels. "It's from my faith. And I make no apologies for it."

Michels said young women or teenage girls with unexpected pregnancies should "have all of the solutions, all of the options put in front of them."

"I want to do a public private partnership where they can get counseling, and they can hear of the options of adoption and of funding for newborns or well into that, you know, two, three, four years old," said Michels. "There's a lot of people out there, a lot of agencies that want to help these young women."

Kleefisch has also said she supports the 1849 abortion ban in Wisconsin and would not add or remove any provisions.

Following the Supreme Court ruling, some anti-abortion groups in the state have called for removing the law's existing exception allowing abortions when it is deemed "necessary, or is advised by two other physicians as necessary, to save the life of the mother."

Wisconsin Assembly Speaker Robin Vos, R-Rochester, has said he favors adding an exception for victims of rape and incest, none of the state's anti-abortion groups support such a move.