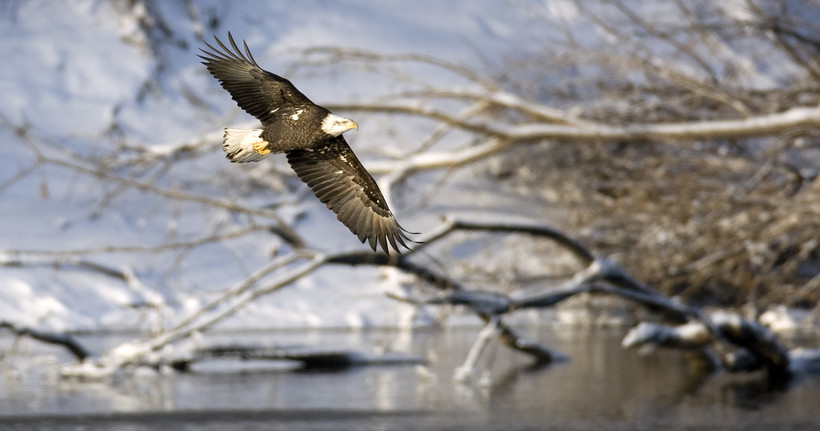 Bald eagles in Wisconsin used to be a rare sight.

"When they first started doing the nest surveys in — I think it was 1972 — they tallied 108 occupied nesting territories," Jeb Barzen, a wildlife biologist at the International Crane Foundation in Baraboo.

Today, the number of nests in Wisconsin is nearly 1,600, and there are few counties in Wisconsin that don’t have a nesting bald eagle, Barzen and Unger said.

"Now, there are more birds nesting just along the lower Wisconsin River that we ever thought possible," Barzen said.

It’s a major comeback and a wildlife success story, Barzen and Unger said.

One of the interesting things about bald eagles is that they’re a very individualistic species and their behavior isn’t the same across the board, so it’s hard to generalize about them, Barzen said. For example, one eagle might learn to scavenge for food by the highway, while another bird may never even go near the roadside.

Their behavior also changes based on the weather.

"Eagles are constantly shifting around in the wintertime," Barzen said.

Melting ice and snow means more readily available food, and the warmer weather in the past few days means there will probably be more eagles out, Barzen and Unger said.

For anyone interested in spotting bald eagles in person, the Ferry Bluff Eagle Council is holding Bald Eagle Watching Days on Friday and Saturday in Sauk City and Prairie du Sac. The event includes a bus tour of the best eagle-watching vistas.

And as far as advice for catching a glimpse: "Be a little bit patient. If you don’t see anything, they’ll show up," Unger said.