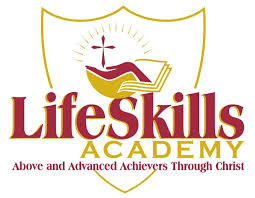 Life Skills Academy was a non-public school in Milwaukee that accepted voucher students.

Brings Up Questions On State Oversight
By Chuck Quirmbach
Share:

A taxpayer-funded voucher school in Milwaukee has suddenly closed, reigniting the debate over whether there's enough oversight of the alternatives to public schools.

Life Skills Academy shut down in the middle of December, sending at least 66 students to other schools. Only one student attending the K-8 academy during the 2012-13 academic year scored proficient in reading.

Over the roughly 20 years of the taxpayer-funded voucher program, several schools have suddenly closed.

State Sen. Chris Larson, D-Milwaukee, said despite more money flowing to the voucher program and its expansion to other school districts, the oversight issue isn't fixed.

“It's time, after 23 years of dealing with this, that we finally learn the lesson and finally add some accountability to these taxpayer-funded voucher schools,” Larson said.

Larson said the oversight problem is in addition to many voucher schools not seeing better test results than the public schools. He said he hopes the state Department of Public Instruction is able to recover the $200,000 in taxpayer funds Life Skills Academy received through December.

“It's not as if the money wasn't going towards education -- we can have a discussion about the quality of education -- but nonetheless, the payments are broken up into four different segments of the year ... in case a school closes in mid-year, it doesn't get any more money,” he said.

Bender said his pro-voucher group hadn't been working closely with Life Skills Academy. He said he doesn't support every voucher school, and says it appears DPI was right to start questioning Life Skills Academy. Bender said there are about 160 taxpayer-funded voucher schools in Wisconsin: 120 in Milwaukee, 15 in Racine, and 25 elsewhere in the state.