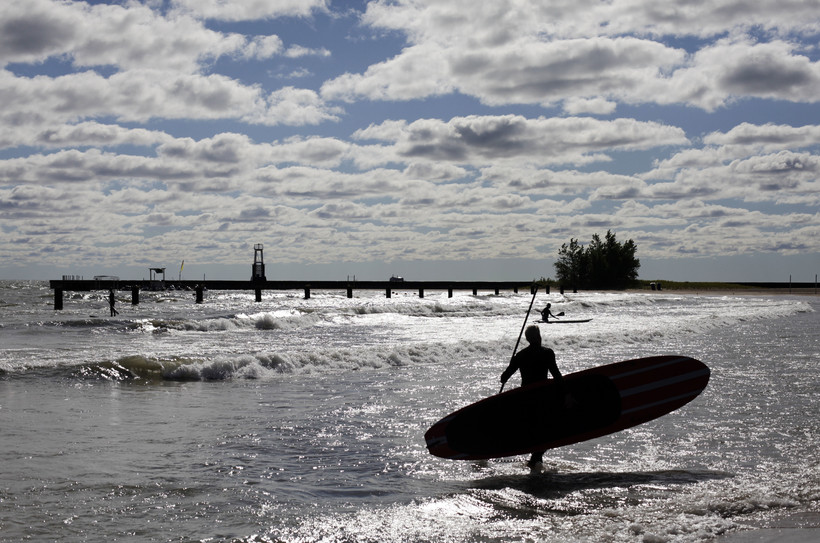 There Have Been 21 Deaths On Lake Michigan So Far This Year
By Elizabeth Dohms-Harter
Share:

Along its northern and eastern borders, Wisconsin has 192 beaches in counties that abut Lake Michigan and Lake Superior.

But as folks flock to the beaches to cool down this summer, officials warn that the Great Lakes can be a dangerous place to swim for those with little water safety awareness.

Last year, there were at least 56 drownings on Lake Michigan alone, according to the Great Lakes Surf Rescue Project, and that number is at 21 so far this year.

People tend to regard Lake Michigan with the same nonchalance that they would an inland lake, said Jason Roberts, a recreational warden with the Wisconsin Department of Natural Resources' Bureau of Law Enforcement who covers counties in southeastern Wisconsin. 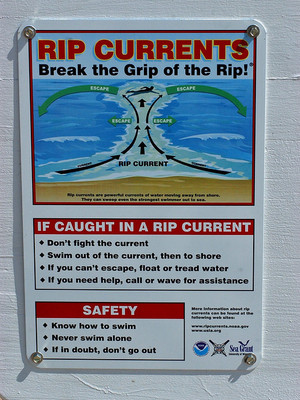 "That's not the appropriate way to look at it," he said. "It's a very dangerous body of water that has a whole host of different considerations when you're out there, especially for a swimming population."

Roberts said the Great Lakes have strong structural and long shore currents which run parallel to the shore. Rip currents are dangerous, too. These form perpendicular to the shoreline and flow away from shore.

"I think maybe there's just a gap in knowledge of our public as far as how dangerous these Great Lakes can be," he said.

Teresa Coronado is a program manager at the Milwaukee Community Sailing Center and has led the Beach Ambassador Program, which teaches people how to stay safe in the water. She said before heading out to the Great Lakes, check the weather forecast and beach conditions.

For those near Milwaukee County, the parks department issues weather and beach condition reports daily on air quality, swim hazards and forecasts.

"Be informed before you go, and then when you get there, take a look and see what does the water look like," she said.

If you can, keep away from the water around piers, breakwaters and jetties. These structural currents can pull you farther away from the shore.

If you do get stuck in a current, recall the instructions to flip, float and follow: flip over, float on your back and let the current take you.

"A lot of drowning happens because people fight the currents, and they get exhausted," she said. "It's better just to let the current move you along the coast, and then you can swim in when it's safe."

Coronado said internalizing that phrase to flip, float and follow is a lot like the stop, drop and roll method taught to kids in fire safety. Knowing you have a plan will help relieve some anxiety you'll likely feel if caught in a rip current.

Roberts agreed that understanding what to do in dangerous water situations goes a long way. People tend to panic and get vertical in the water, which can facilitate sinking.

"We will float," he said. "That is the key. Trust your body and trust the physics."

Lay on your back and use your arms and legs, he said. And call out for help.

"I know it's very common sense ... but of the 22 people that died last year, for example, only three of them were wearing life jackets," he said.

And although people tend to think of preventing boat crashes as the reason for learning boat safety, deaths occur more often in situations where people jump off a boat.