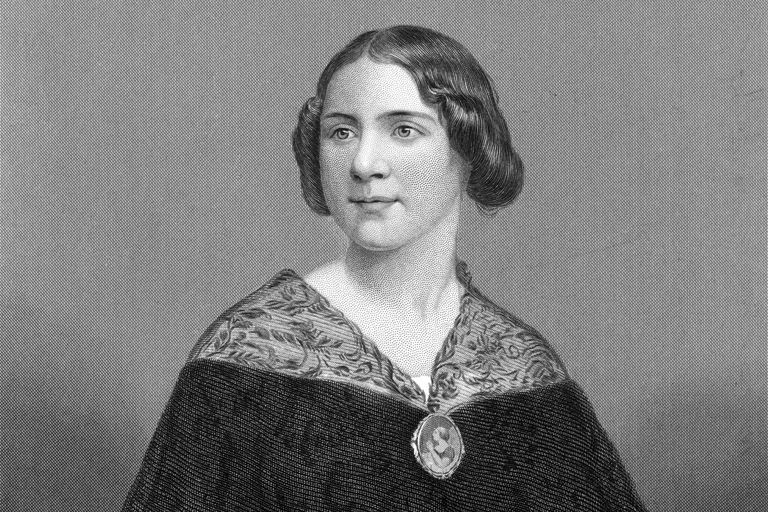 The famed soprano Jenny Lind had plenty of talent and determination.  And when she came to America in 1850 she had more than enough publicity.  Her promoter was the biggest showman of them all—PT Barnum.

Eager to rise above his reputation as a promoter of sideshows and freaks, Barnum had risked his entire fortune on the singer that he dubbed the Swedish Nightingale—a singer whom he had never heard or seen.  He saw to it that the risk paid off.  When she arrived in New York, her admirers mobbed Jenny Lind.  By midnight, when she arrived at her hotel, a crowd of 30,000 had gathered just to get a look at her.  At one o’clock, a fire brigade 700 strong ushered in a band of 130 musicians who came to serenade her.

Tickets for her first American concert were in such demand that they were auctioned off.  The first ticket went to a hat maker named Genin who paid $225 for it and got several days’ worth of fame in the bargain.

At the concert 7000 shouting people crammed into Castle Garden to hear Jenny Lind sing [“Casta Diva” from the opera Norma.  She sang arias by Rossini and Meyerbeer and charmed the audience with a selection of Swedish national songs. Barnum was delighted.]  Jenny Lind received $10,000—all of which she gave to New York charities.  She repeated her success in Philadelphia, Washington, Richmond, Charleston, and Baltimore.

In Baltimore something happened that may have made Jenny Lind decide that things had gotten out of hand.  She was on the balcony of her hotel, bowing to the masses below when her shawl fell.  Instead of returning it, the crowd fought over the shawl, tearing it to shreds and pocketing the pieces as souvenirs.

Soon afterward Jenny Lind backed out of her contract with Barnum—at a cost of $30,000—and completed her American tour [at what must have been a less feverish pace]. Several years passed before she returned to the concert stage.

As for PT Barnum, he went into a profession for which he may have been supremely qualified—politics—winning election to the Connecticut State Legislature