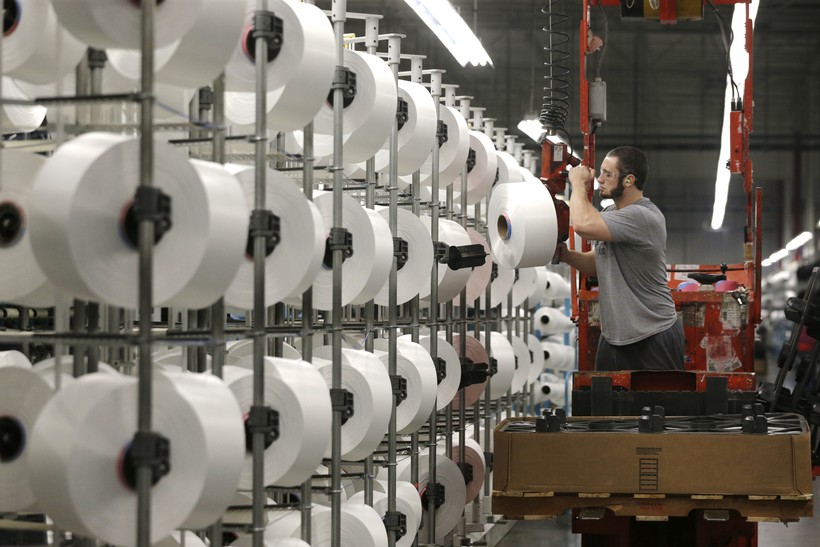 Many manufacturing executives say the economic climate was stronger 5 years ago
By Megan Hart
Share:

More than half of Wisconsin manufacturing executives say things are heading in the right direction. But many also believe the economy is worse than it was five years ago.

That’s according to the 2021 Wisconsin Manufacturing Report, which was presented Tuesday in Pewaukee. Another presentation will take place Wednesday at the University of Wisconsin-Stout. Pollsters surveyed 400 manufacturing executives in August and September before holding focus groups.

Almost half of manufacturers near Madison say the economy is improving. That’s a higher percentage than any other region in the state. U.S. Census data released earlier this year shows that Wisconsin’s population growth has centered in Madison and its suburbs.

Buckley Brinkman is executive director and CEO of the Wisconsin Center for Manufacturing and Productivity, one of the organizations that commissioned the study. He said he believes the state’s manufacturing sector is well-positioned for the future, but it’s facing challenges.

Supply chain and workforce concerns are top of mind for manufacturers

Attracting and retaining workers has long been an area of concern for Wisconsin manufacturers. But along with supply chain challenges, it’s really taken center stage during the COVID-19 pandemic. Almost 60 percent of manufacturing executives say it’s very difficult to find qualified staff.

"What we heard from manufacturers is demand is high. They're feeling good about customers. They have real concerns about being able to deliver because they don't have enough workers, they can't hire workers fast enough and concerns about supply chains," said pollster Rob Autry.

Almost 80 percent of manufacturers say they don’t plan to require employees to be vaccinated for COVID-19, though some could face a federal mandate. During a focus group, an executive in Green Bay said they won’t take on more than 100 workers to avoid testing and vaccine requirements. About half their workers would leave before getting vaccinated, they said.

Meanwhile, the availability, supply and cost of materials top the list of concerns for Wisconsin manufacturers.

"We saw the danger of an extended supply chain or the risks that are involved and the costs that can be incurred when that supply chain doesn't work as it was designed, and that's going to be a long-term recovery for most companies, well into 2022," Brinkman said.

Just 6 percent of manufacturing executives say the pandemic has had no impact on their business.

Still executives across the state — more than 85 percent of those surveyed — say they feel confident about their company's financial future.

Firms are confident in their cybersecurity strategy, though few have seen them in action

Finally, the report found that Wisconsin manufacturers might be overly confident in their ability to manage cybersecurity threats.

"It kind of indicates that there's a chunk of manufacturers out there that haven't been involved with a data breach or a hack yet and are supremely confident," Autry said.

Autry and his colleagues asked, "How confident are you that your company is protected and secured from hacking or data breaches?" He said they were struck by how often the word "hope" was used in the answers they received during focus groups.