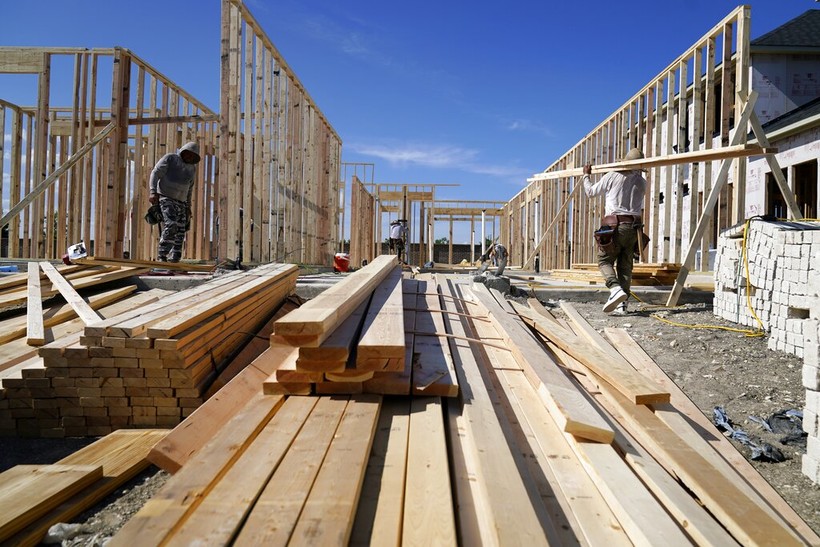 Workers erect the frame of a home being built in a new subdivision in Allen, Texas, Thursday, Aug. 12, 2021. The release of new census data on Thursday showed rapid growth in some of the nation's largest cities. Tony Gutierrez/AP Photo

Population Changes Will Have Political Implications As New Voting Districts Are Drawn
By Rob Mentzer
Updated:
Friday, August 20, 2021, 10:20am
Share:

Wisconsin's population growth in the last decade was centered in Madison and its suburbs, the newly released U.S. Census data shows.

The municipalities with the largest numeric population growth in the new Census, according to an analysis by Redistricting Data Hub, were Madison, Sun Prairie, Windsor, Middleton and Fitchburg — all of which are Dane County cities or villages. Dane County's growth of more than 73,000 people accounted for about one-third of the state's overall population growth.

Meanwhile, the city of Milwaukee lost about 17,000 people in the last decade.

Here are a few of the key takeaways from the new Census:

That growth tracks with reporting on the hot housing market in and around Madison. But it still exceeded some analysts' expectations.

It also has implications for political redistricting.

"They're going to add close to another entire Assembly district," Johnson said. "So there will be additional representation for the citizens of Dane County."

At the federal level, it means the 2nd Congressional District, represented by Democratic U.S. Rep. Mark Pocan, will have nearly 53,000 people moved out of it. The most likely destination for those rural Dane County voters is the neighboring 3rd Congressional District. It's a swing district represented by Democratic U.S. Rep. Ron Kind, who announced this week that he wouldn't seek re-election in 2022. The addition of new votes from heavily Democratic Dane County into that southwestern Wisconsin district could help the Democrats as they seek to hold onto that seat. 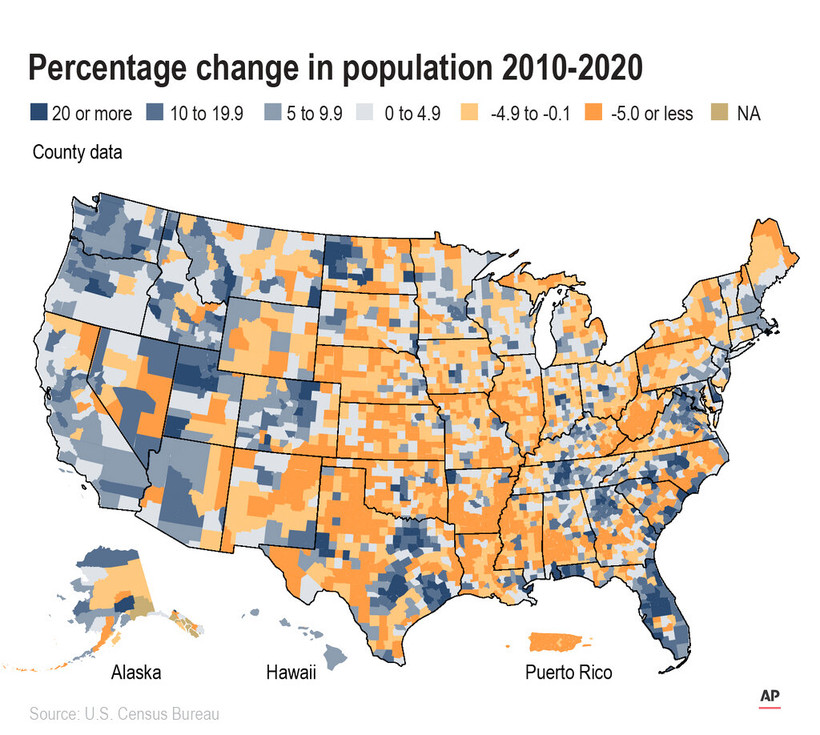 A county map of the United States and Puerto Rico shows percentage change in population 2010 to 2020.

Milwaukee's Population Is At Its Lowest Level In Decades

In the last Census, Milwaukee was rare among industrial Midwestern cities in that its population was increasing.

"Milwaukee grew (between 2000 and 2010), and it was one of the few Rust Belt cities that grew," said Andrew Beveridge, a Queens College sociology professor, on WPR's The Morning Show. "This time, it's lost population."

Beveridge said that trend likely stems from the loss of some of the city’s traditional manufacturing industries.

"Those sorts of jobs are gone," he said. "That kind of industrial structure is gone. If you don't find something to replace it, then you often face decline."

Wisconsin's Population Is Much More Diverse

Steven Ruggles, a population scientist with the University of Minnesota, told "The Morning Show" that it's a mistake to interpret these data as a simple decline in the number of white people.

"The white population is declining only if one defines white by the 'one-drop rule,' the racist interpretation of race that predominated the 19th century," Ruggles said. Rather, "more and more people are responding (to the Census) with mixed-race responses."

An earlier version of this story misstated the percent change of the state's Native American population. This story has been updated.