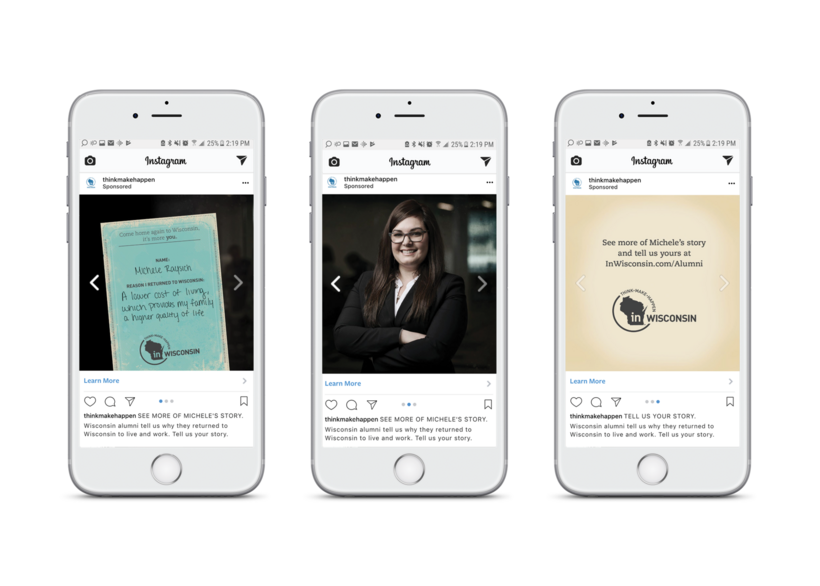 Wisconsin Manufacturers and Commerce, along with 36 chambers of commerce and industry associations, sent a letter Wednesday to Evers asking him to use $3 million appropriated by the state Legislature to restart a 2018 effort to bring new workers to Wisconsin.

The letter also said 73 percent of employers surveyed in June think the state should fund a talent attraction campaign. The survey was not made available to WPR.

She said a statewide campaign is important, especially for smaller employers.

WEDC Deputy Secretary Sam Rikkers said they estimate around 200 service members considered moving to Wisconsin as a result of the marketing campaign, but it's unclear how many people actually moved to Wisconsin for work as a result.

He said the agency and Evers are focusing on investing $100 million in federal COVID-19 stimulus funds into a competitive grant program aimed at removing barriers like a lack of affordable child care, housing or public transportation in areas with labor shortages.

"While we have one of the lowest unemployment rates in the country and one of the highest labor participation rates, and that's the share of our working age adults engaged in our workforce, there are still thousands of Wisconsin workers that are not engaged that we can plug into our workforce," Rikkers said.

He said regional organizations have until Monday, Oct. 25 to apply for grants of up to $10 million to address local workforce issues.

"When we invest in community infrastructure, that has a double impact," Rikkers said. "It not only really improves the workers that are already there plugging into the jobs in their community, but it really enhances our employer's ability to market their jobs because they're saying, 'Hey, we have housing, we have a really great transportation system, we have broadband in our community.'"

Rikkers said the initial WEDC grant awards will be announced toward the end of the year.