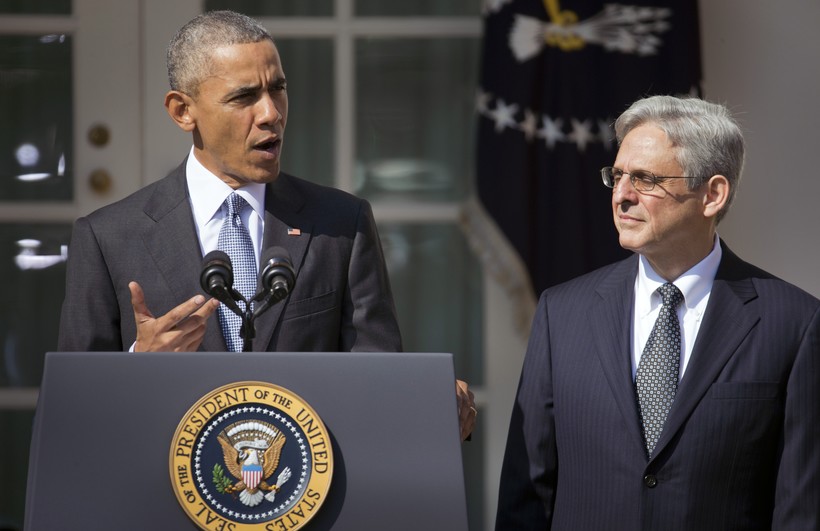 Obama announces his nomination of Garland to the U.S. Supreme Court.

A Majority Of Respondents Disagreed With GOP Leaders Who Say Next President Should Make Appointment
By Patty Murray
Share:

Most Wisconsin voters think the U.S. Senate should hold hearings to fill the vacancy on the U.S. Supreme Court, according to the most recent Wisconsin Survey.

President Barack Obama tapped Judge Merrick Garland, currently head of the U.S. Court of Appeals in the District of Columbia, to fill the seat that opened after the death of Justice Antonin Scalia. But GOP Senate leaders say they'll wait until a new president takes office before considering a new member for the nation's high court.

Survey results from mid-April show 54 percent of respondents want the Senate to hold hearings and vote on Garland's nomination, while 40 percent feel they should wait. With only eight justices, the Supreme Court has already seen one high-profile case that dealt with public union dues end in a deadlock.