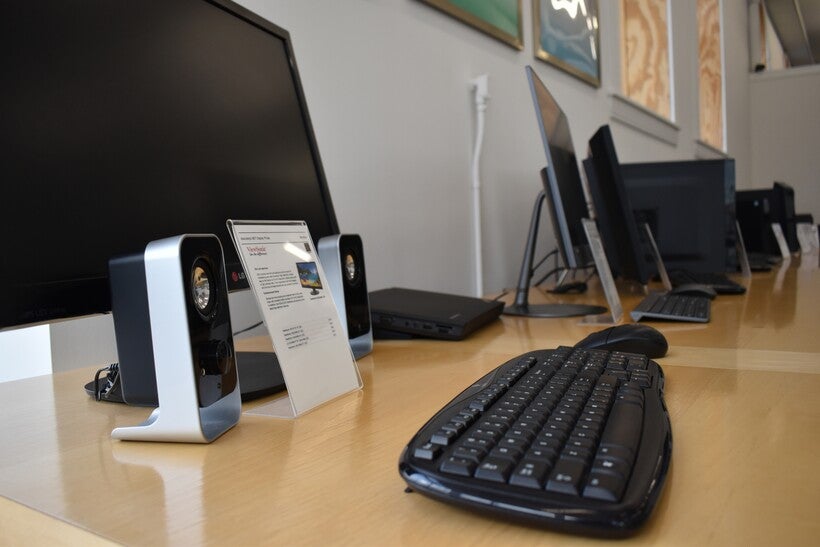 Superior officials are asking residents to take part in a survey to gauge support for building a city-owned fiber network to provide high-speed internet.

The city is moving forward with the idea because it says residents have been paying too much for "mediocre" internet access.

"The concept behind this … is with having multiple ISPs on that single fiber connection it fosters competition and lowers the prices," said Elm.

Elm said Superior wants to lower the cost of internet access by 30 percent for residents and businesses, as well as improve services for economic development, health care and education.

The city is working with Salt Lake City-based consultant EntryPoint Networks on the survey, which will collect information about residents’ satisfaction with their service and speeds. Superior’s Finance Committee has also directed city administration to come up with $18,000 for the company to research the cost and location of installing fiber.

"If we were to manage our road systems the way we manage our communication networks today, that would mean that we would privatize everything," said Cox. "And, UPS would build their road system to every home and business, and FedEx would build a road to every home and business. And, UPS trucks would not be allowed to run on FedEx roads or vice versa."

Cox said the current system can allow monopolies or duopolies to occur in remote areas. Superior wants to have local control of the infrastructure.

"The unfortunate reality is that the current dominant internet access model in our country is one where network operators build closed systems that are designed to maximize profit and limit access," said Superior Mayor Jim Paine in a release. 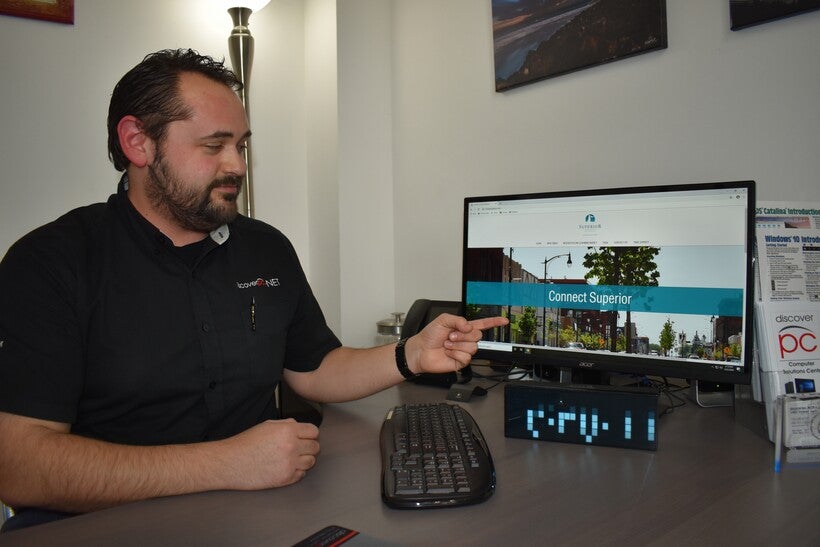 Tylor Elm explains the city is surveying residents to gauge their satisfaction with internet service and speeds, as well as whether they would support a city-owned fiber network.
Danielle Kaeding/WPR

However, internet service providers like Superior-based AirFiber are skeptical of the city’s plans. AirFiber CEO Shawn Hanson said it’s difficult to say whether he would support the setup without details, noting he would be concerned about a loss of control over maintaining infrastructure and reliability.

Hanson also pointed to Lake County, Minnesota, which received $66 million in financing from the federal government to build a fiber network. But, the county faced major obstacles from communities and existing providers, eventually selling its network Lake Connections to Zito Media for $8.4 million to satisfy its remaining debt.

"If it sounds too good to be true, be careful," he said.

In Wisconsin, Madison pursued a public-private partnership with a single provider to provide low-cost internet, but the city cut ties with the company providing the internet service. The city of Sun Prairie also built a fiber network that it later sold to TDS Telecommunications Corp.

Tom Moore, executive director of Wisconsin Cable Communications Association, said he’s aware of a handful of cities that have pursued similar networks, including the village of Jackson, city of Antigo and city of Reedsburg. He said Reedsburg, which has a video and broadband network, has been successful due in part to poor service in the area.

"Our approach is to own, manage and upgrade the networks over which we provide service to our customers," she said. "This is how we ensure customers are getting the very best services in technology."

She added the company has made significant and continuous investments in the city, noting Charter currently provides speeds of 100 megabits per second at a regular price of $65.99 per month. The Federal Communications Commission considers broadband internet a minimum download speed of 25 megabits per second for video streaming.

A CenturyLink spokesperson said in a statement that it’s aware of the city’s fiber feasibility study and looks forward to seeing the results. The company's website states it provides up to 100 megabits per second in Superior with prices starting at $45 per month.

Yet, northern Wisconsin officials have been frustrated with service that's advertised at higher speeds than what is sometimes actually available. Superior’s Elm notes the city's model would be different in that it would allow multiple providers to operated on the same network.

He highlights the successes of such projects in Ammon, Idaho, that force providers to compete and gives people more choice. He noted other parts of the country are paying $50 per month or less to get 1,000 megabits per second download and upload speeds.

"We’re getting about a tenth of that for double the cost," Elm said.

He expects EntryPoint will provide survey results gauging interest from residents in the next couple months.

Editor's note: This story has been updated to clarify that Superior's fiber installation model would seek to include multiple carriers rather than a single internet provider.