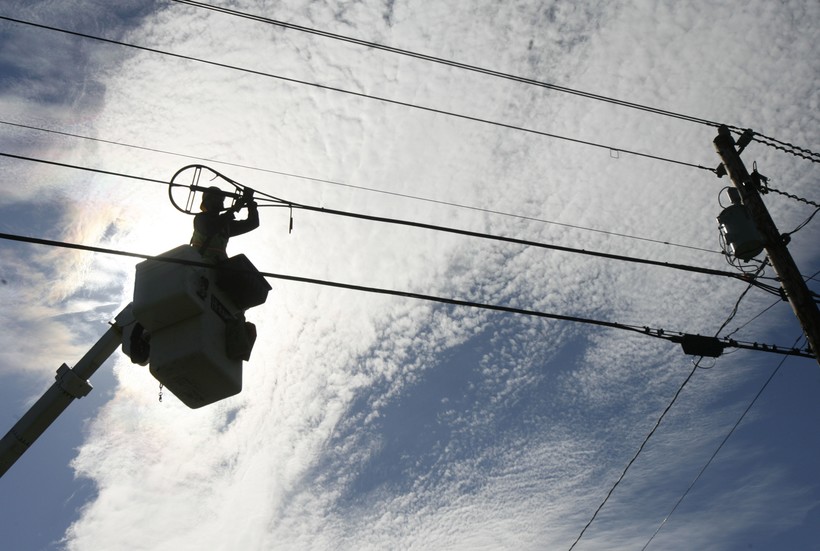 Ask Dan Corbin how badly northern Wisconsin needs broadband internet, and he’ll tell you some residents in his town are still using dial-up.

"You got to stop and think," he said. "What are their options after that?"

The chairman for the Town of Summit said CenturyLink is the main provider of high-speed internet for many residents throughout the region. However, he and other northern Wisconsin leaders say residents have yet to see the expansion of broadband service to rural areas of Douglas County and the City of Superior.

CenturyLink is among providers AT&T and Frontier that received $572 million in federal subsidies under the Connect America Fund through the Federal Communications Commission. The program aims to provide high-speed internet to mostly rural areas with download speeds of at least 10 Megabits per second and upload speeds of 1 mbps.

Providers are set to expand broadband to 95 percent of 230,451 eligible homes and businesses in Wisconsin by 2020. CenturyLink has accepted the largest share of CAF funding with around $332 million set to go toward expanding high-speed internet to more than 129,000 addresses statewide. Providers had to meet a goal of building out broadband to 40 percent of households and businesses across the state by the end of last year. But, Corbin said they’re not seeing the investment up north.

"They’re getting money to do this, but we don’t get the service," he said. "I’m lucky enough where I live I have the 25-Megabit service. It’s very good, but you don’t have to get very far from there and that service goes down to 0.1 Megabits."

"Working with my customers at my computer shop I see a near constant trend that CenturyLink is reporting that they serve an area at a set speed. Then, when they go to order it, it’s slower than what’s advertised," said Elm.

CenturyLink doesn’t guarantee internet speeds, but it advertises service up to a certain threshold. The company’s online ads even note that service may not be available in some areas. A spokesman for CenturyLink said in an email the company bills customers according to speed tiers, noting that customers could upgrade to a higher speed in their tier at no additional cost if the equipment servicing their address is upgraded.

"You know, if I went and bought a double-cheese for a dollar, and, then I went someplace else and I’m paying the same price for half, people wouldn’t be taking that," he said.

Northern Wisconsin officials also expressed concern over discrepancies between the speeds that providers advertise are available and what service is reflected on the FCC’s broadband map. The commission’s map portrays broadband access through census blocks. Providers report what service they offer in that block, but it may not be available to every address within it.

CenturyLink has accepted funds under the federal program to expand high-speed internet in census blocks identified by the FCC. The company said it has met requirements of the program and plans to expand service in Superior over the next several years.

"Those are all governed and administered at the federal level by the FCC, but we are certainly keeping an eye on what’s happening there," she said.

She noted that companies also have to certify the addresses where they’ve built out broadband service to date in a report to the FCC this spring.

The administrator of the Connect America Fund, the Universal Service Administrative Company (USAC), has an online tool for providers to report where they’ve offered service. USAC reviews that information periodically to ensure funds were used to expand broadband in accordance with FCC timelines, according to a commission spokesman.

The FCC also plans to have performance measures in place by June in order to gauge the quality of service being offered by providers, and those who don’t meet the FCC’s guidelines for building out broadband will have to return the funding.